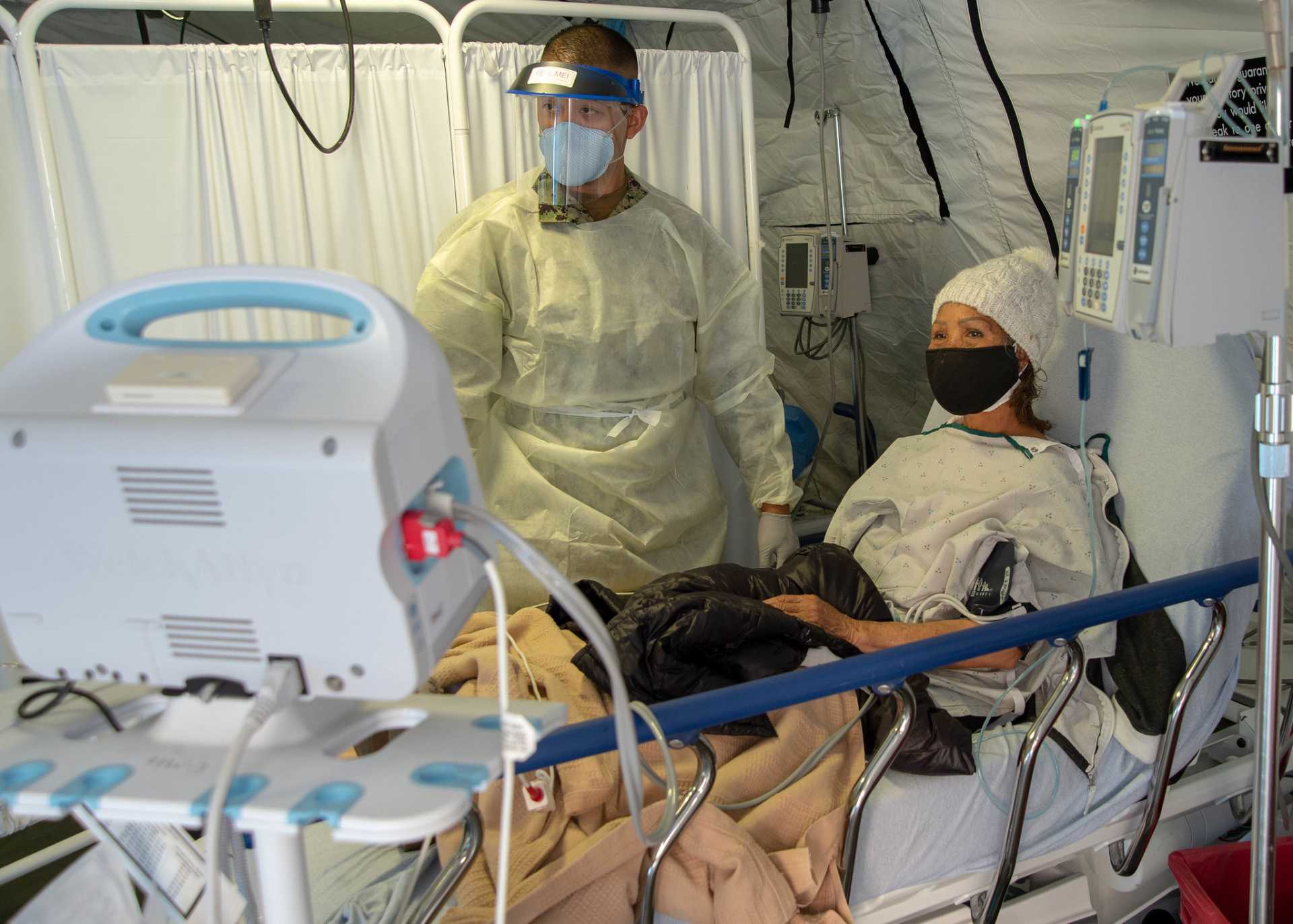 As the Biden Administration digs deeper and deeper into the playbook of pure dictatorial fascism, it has begun to deny medical treatments necessary to fight COVID to southern states which have resisted his vaccine and mask mandates.  This action comes approximately one week after Biden’s threat to “use my powers of president, to get them out of the way,” in reference to governors opposing his mask and vaccine mandate strategy.

At issue is supplies of monoclonal antibodies, the stockpiles for which are allocated by the Secretary of Health and Human Services.  This therapy, which provably works to manage COVID and prevent death and hospitalization, had been being allocated on an “as needed” basis.  Seven states in the south, presently the center of the Delta surge in the United States, had been receiving most of the supply, justifiably, on this “as needed basis.”

Both Texas Governor Greg Abbott and Florida Governor Ron DeSantis had made the therapies, used by President Trump in his successful bout with the disease, readily available to their populations, vaccinated and unvaccinated alike.  They had also refused to impose Biden’s mandates.  Now supplies to their states have been cut drastically by HHS and they are racing to secure supplies directly from the drug companies producing them.

Rather than dramatically increasing supplies and ensuring that monoclonal antibody therapy is readily available nationwide for those infected with COVID, the Biden Administration has established an “equitable” rule, diverting extant supplies from states where COVID is intense to every state in the country.  This will, undoubtedly, result in completely unnecessary deaths.  The “equitable” language serves to disguise the monstrous intent. DeSantis, Abbott, and others have gotten in Biden’s “way.” Now those who live in their states deserve to be killed.

In addressing this on September 17, the red headed ice queen who conducts Biden’s press seances, Jen Psaki, made it clear that the widespread availability of proven therapies is getting in the way of Biden’s vaccination first and last policy. You can watch Psaki announcing the new diktats:

In October 1939, Adolph Hitler created a program of genocide against those whose lives were deemed “unworthy to be lived,” led by doctors.  It was called Tiergarten Strasse 4 or T4 after the street on which is bureaucracy of death was located. Coincident with Biden’s demonization of the “unvaccinated” there are calls now by doctors in this country to deny medical care to the unvaccinated, a direct violation of the Hippocratic oath.