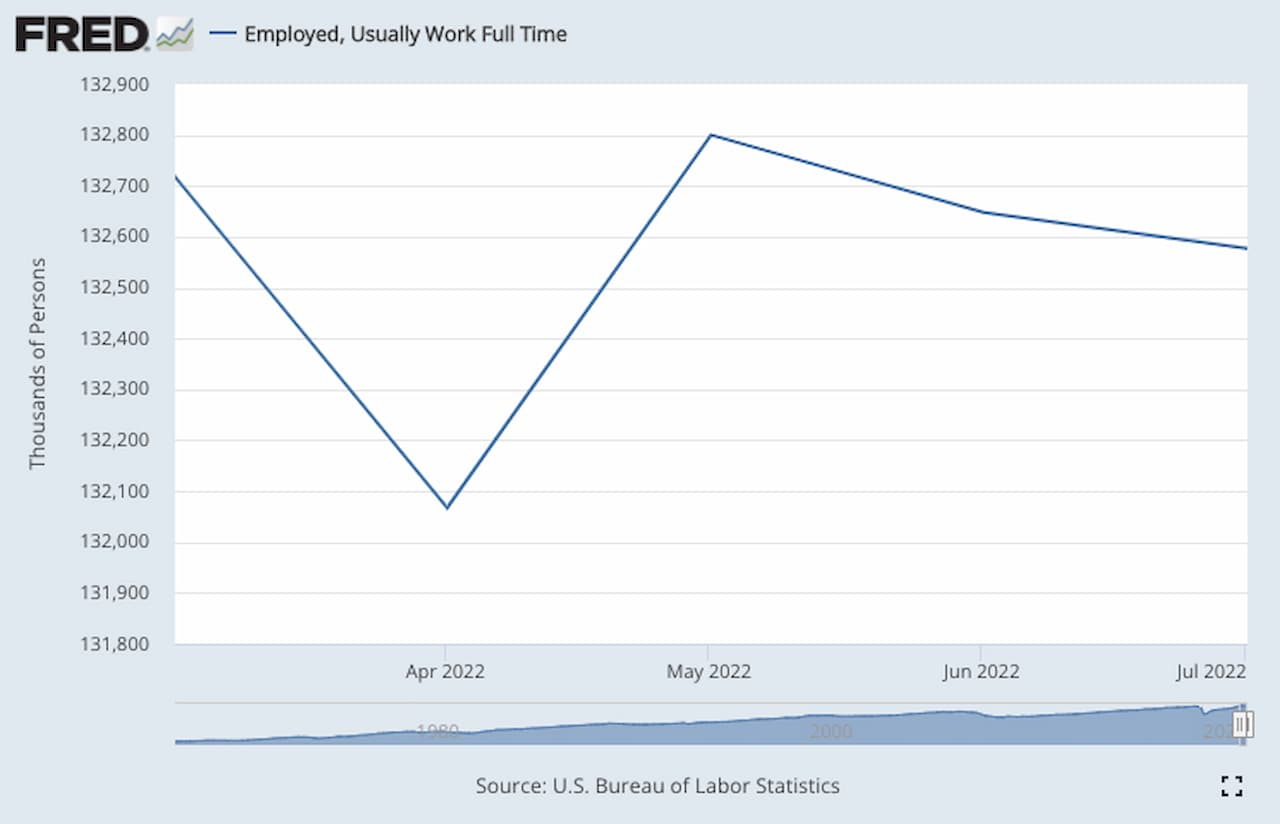 The Bureau of Labor Statistics (BLS) Home Survey for July 2022, seasonally adjusted, measured an increase of 179,000 jobs in July, NOT the 528,000 in the BLS Payroll Survey of employers.

The Federal Reserve Board may use the Payroll Survey figures as another excuse to raise interest rates, but it is not because they are real. Any more than inflation was “transitory.”

The Home Survey also captured an increase in:

The BLS Home Survey, by going to a 'statistically significant' array of homes every month, attempts to capture a broader swath of the workforce, including those who might be working as nannies, casual workers, gig workers, etc., who are not on an official employer payroll.

The White House is taking big victory laps over their fake news. Desperate to invent accomplishing something for the Midterms, they claim that the fake news proves we’re not in a recession.  They claim this as raging inflation devours the remaining savings and credit held by the working and middle classes.