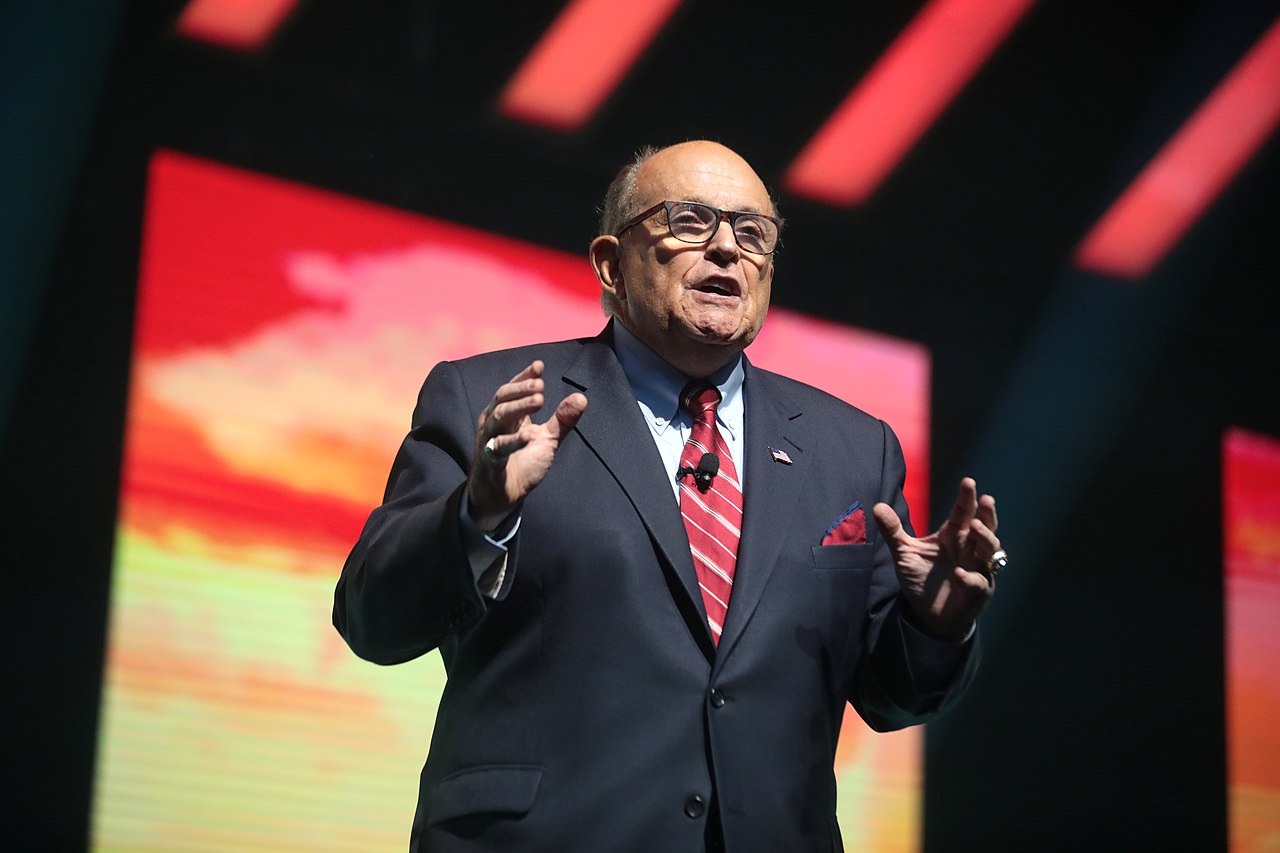 At 6 a.m. (Wednesday) on the day when America would learn whether the current illegal occupant of the White House could successfully read an hour-long speech scripted for him, FBI agents executed a search warrant on President Trump’s lawyer, Rudy Giuliani, apparently pursuant to an investigation conducted in the renegade federal Southern District of New York. The FBI seized Giuliani’s electronic devices. This should have sparked outrage and an immediate demand for investigation by Republicans, but the RINOs in Washington and on Fox were largely silent, leaving it to Tucker Carlson, once again, to attempt a defense of the Bill of Rights.

The Southern District and New York State have been the center of prosecutors’ attempts to wipe out Trump and his allies through endless investigations and prosecutions, seemingly in competition with the District Court for the District of Columbia where the Justice Department’s “shock and awe” campaign continues to illegally imprison those who did no violence in entering the Capitol on January 6.

In addition, it is being reported that journalist John Solomon is being targeted in this probe, and Victoria Toensing, the former top Justice Department official who supports Trump, had her phone seized. “What they did today was legal thuggery,” Giuliani’s lawyer Robert J. Costello said. “Why would you do this to anyone, let alone someone who was the associate attorney general, United States attorney, the mayor of New York City, and the personal lawyer to the 45th president of the United States?”

It has been widely reported that the Southern District is investigating a Foreign Agents Registration Act (FARA) violation against Giuliani involving his dealings in Ukraine. But FARA, the statute used mostly to conduct illegal surveillance of Americans under the Foreign Intelligence Surveillance Act (FISA) until it was teken off the shelf by Robert Mueller in his dirty inquisition against Donald Trump, hardly ever results in 6 a.m. visits from the lawfare terrorists at the FBI.

The reported targeting of Solomon gives the game away. Solomon, in his reporting when he was at The Hill, and since, has led the way in exposing Ukraine’s role in the British/Tory coup against Donald Trump. The issue does not begin or end with Hunter Biden’s perfidies and involvement in Burisma. Rather, even any short inquiry into this area immediately reveals that Joe Biden and Barack Obama installed a crew of neo-Nazis to run a puppet regime on Russia’s border, a regime which, to this day, conducts hybrid warfare against Russia, threatening the world with nuclear war. The Biden/Obama 2014 Ukraine coup joined them at the hip with Washington’s neo-con and RINO warmongers.

Some of the white “domestic terrorists” who are fodder for Washington’s current narrative machine actually traveled to Ukraine for training with Joe Biden’s neo-Nazi allies. Further, the FBI has infiltrated all these so-called “white supremacist” groups completely. So, if the nation is under some sort of existential threat from these groups, as the Democrats argue to the ignorant, it is under threat from groups totally controlled by our very own security services.

So, there you have it: Mussolini Joe was about to speak to the nation. Journalists and lawyers who do not support him, who continue to expose him for the Hologram Fascist he is, needed to be sent a message, namely: Shut up! The First Amendment’s freedom of the press and the Sixth Amendment’s right to counsel no longer exist if you oppose us. Habeas corpus for Trump supporters? Don’t even think about it.

For those “conservative” cowards who swear allegiance to the Constitution but refuse to call this out, take note: 80 million Americans are watching and prepared to pass their judgment on you in elections very soon—the sweet revenge of Nemesis belongs to them.