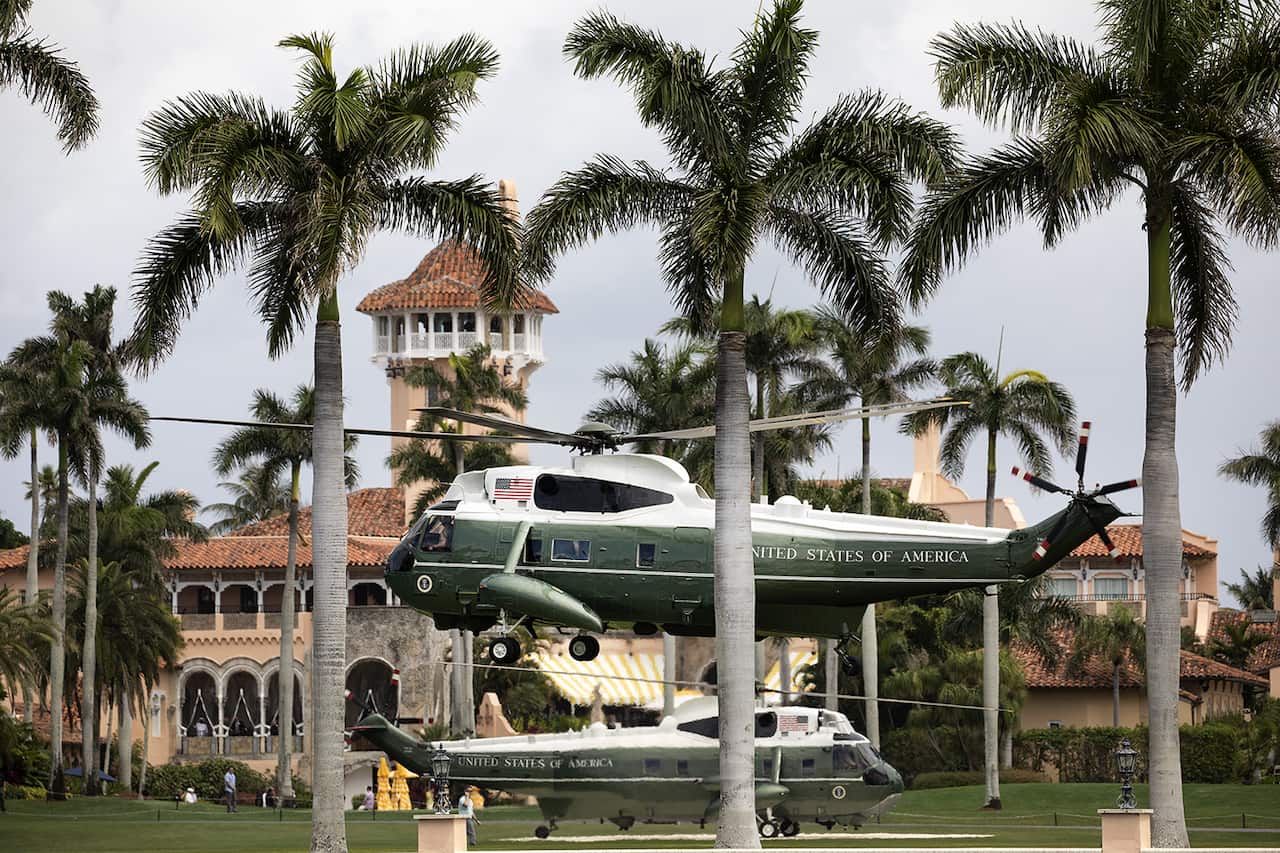 When White House consultants Anita Dunn and John Podesta strutted old senile Joe Biden out as the new Torquemada for his September 1st rant from Hell at Philadelphia’s Independence Hall, it was a desperate move to avert a looming disaster in the Midterms and beyond. So was the search of President Trump’s Mar-A-Lago residence. Several developments in the wake of these events make this very clear. On September 13th, a motion by Special Counsel John Durham was unsealed in the ongoing criminal proceeding against British agent Christopher Steele’s main Russiagate dossier source, Igor Danchenko, in Virginia’s Eastern District federal court. It is explosive. To put the matter succinctly, the dirty Russiagate dossier, painting Donald Trump as a Russian influenced traitor and spread by British intelligence’s Christopher Steele, and the entirety of Washington’s Uniparty and Security State, was known by the FBI and others to be completely fake by January of 2017.  Instead of employing the traditional criminal investigative technique--charging and arresting the key fabricator in this affair, Danchenko, and using him to inculpate higherups in this international conspiracy --the FBI covered up the conspiracy and hid and protected Danchenko.  He was hired as a paid confidential FBI informant and never terminated until October of 2020.  The truth was hidden because Danchenko’s existence as an informant took him off the grid as the result of the intelligence community’s usually impregnable right to protect “sources and methods.”

The Department of Justice (DOJ) National Security Division’s freakouts, tirades, and leaks against U.S. District Judge Aileen Cannon in the Mar-a-Lago legal proceedings, emanate from similar desperate attempts at a coverup. The FBI and DOJ agents involved in the Mar-a-Lago search and the machinations leading to it, are the very same agents involved in the 2016 illegalities against the Trump campaign and the 2017 and forward soft coup against the Trump presidency. They are desperate to find and cover up classified information which Donald J. Trump declassified, and which can be used to bring them and their National Security State co-conspirators to justice. Judge Cannon has just appointed former U.S. District Judge Raymond Dearie as a special master to examine what the FBI seized from Mar-a-Lago, including the documents with classified markings. Judges examine such documents in U.S. courts every day. But the DOJ has howled in every pleading to date in the case that they and only they and their National Security State colleagues are qualified to examine these documents. Any other person, whether a Judge or a Special Master, threatens “sources and methods” and hence, U.S. national security, according to the DOJ and their fawning amplifiers across the U.S. and British media. The DOJ will almost certainly appeal Judge Cannon’s ruling.

Forget about the time sequence in which you are learning of these developments. The participants in this drama, inclusive of President Trump, are engaged in a battle in which all of the information set forth above has been known to them for a long time. Faced with the probability that a Republican Congress elected in the Midterms will expose this coup fully to the American public, they are desperately moving for a lawfare decapitation of the MAGA movement.  The immediate objective is suppressing, though fear and demoralization, the November Midterm vote. Their weapons include gun-toting FBI visitations to Donald Trump’s political associates with subpoenas and search warrants based on the bogus January 6th inquisition. This harassment commenced right after Biden’s Philadelphia rant declaring Trump voters “enemies of the state.”  On September 11th, Vice-President Kamala Harris revisited Biden’s deranged Philadelphia rhetoric, declaring Trump supporters to be akin to Al-Qaeda. In addition, the DOJ minions continuously blare their intention to indict Donald Trump before or shortly after the Midterms.

At the same time, however, whistleblowers from the FBI and the Department of Justice are flocking to Republicans in Congress and to journalists. They have revealed deliberate FBI plots to cover up and bury the Biden family foreign influence-buying scheme, and to fabricate domestic terrorism cases to justify Gestapo measures based on an inflated “domestic terrorist threat.” The latest round of defections includes DOJ officials telling Miranda Devine of the New York Post about Facebook’s collaboration with the FBI in targeting its customers for FBI harassment, based on expressions of their political beliefs about the November 2020 election and other matters—beliefs which are fully protected by the First Amendment.

Before further detailing what Durham found and its implications, it is important to make an overarching political and legal point. An overwhelming vote in the Midterms, particularly for the candidates directly endorsed by Donald Trump, but also against every Democrat, provides the immediate antidote for Washington’s poison. The jockeying of cowardly and treasonous Washington Republicans about replacing Trump, only tells you who must be re-educated by the population and/or replaced by voters, if the nation is to be saved. Prior to the November midterms, the effort to depose Donald Trump will become increasingly shrill, but also increasingly vulnerable to attack, because the economy is collapsing, and neither the establishment Republican Party nor the Democrats have an answer. In fact, their policies created this crisis. A positive economic program to reindustrialize the United States, using advanced nuclear energy while building modern infrastructure and re-skilling our labor and scientific workforce, provides the basis to win independents and sane Democrats to the MAGA movement.

With respect to constitutionally challenging the FBI’s terror campaign and destroying its intended impact, you will find here a recitation of your rights. As you can see, I have chosen a brochure mass-distributed to the California Muslim community by the California ACLU in the wake of 9/11 and FBI Director Robert Mueller’s illegal campaign against American Muslims. (Mueller was simultaneously covering up the British/Saudi role in 9/11, and its facilitation by both U.S. and British intelligence, while upgrading the FBI and Homeland Security into a high-tech Stasi under the Patriot Act.) The brochure’s legal points are still true today. You have an absolute right not to speak to the FBI if they show up, and if you don’t invoke it, you are endangering yourself. You have an absolute right to tell them that you wish to consult a lawyer, and that you wish to remain silent unless the lawyer tells you to do something else. Speaking to them without counsel is what they are counting on to get you or others under their thumb. Witness General Flynn’s fate. The pamphlet also speaks to your Fourth Amendment rights concerning your phone and your residence. You also have the right as a voter and a citizen to demand that all of the Republican legal institutions out there raising vast amounts of money, rededicate themselves, immediately, to a coordinated and direct Constitutional attack on these subpoenas and search warrants under the First, Fourth, Fifth, Sixth, and Fourteenth Amendments. Based on what the current White House occupants, Joe Biden and Kamala Harris are saying, a mass invocation of the Fifth Amendment now is not only fully justified; it will subject these terror tactics to actual legal constraints. The Fifth Amendment is, after all, the Founders’ answer to British star chambers and inquisitions. Further, as Franklin Roosevelt accurately proclaimed when facing a challenge of even greater magnitude: “The only thing we have to fear is fear itself.”

The central peg of the coup against Donald Trump was Russiagate—the bogus claim that Donald Trump was a pawn of Vladimir Putin, a Manchurian candidate. The essential element of this bogus claim was Christopher Steele’s dirty dossier.  Without it, there would have been no FISA warrants authorizing spying on the 2016 Trump campaign, no Crossfire Hurricane FBI investigation, and no years-long attempt by Special Counsel Robert Mueller to indict Donald Trump for obstruction of justice while leaking endless lawfare hate memes to a compliant media.  For years, the gullible American public and the world were told that Christopher Steele was a new James Bond, someone of the highest British intelligence rank whose dossier and information was as good as gold.  As the lie went, Steele’s dossier was based – as it had to be based on the obvious sophistication and superiority of British intelligence-- on deep British sources within Vladimir Putin’s inner circle.

The first public crack in this completely phony fairy tale didn’t occur until 2019, when DOJ Inspector General Michael Horowitz revealed that Steele had a primary source for his dossier, who told a different story about the dirty dossier than Steele himself. Little else was revealed then. Internet sleuths like Hans Mahncke figured out that that source was Igor Danchenko. Danchenko was not someone buried deep within Putin’s inner circle.  Instead, he was a researcher at the Brookings Institute, a coup coordinating-center against the 45th President. Danchenko’s mentor at Brookings was Fiona Hill of Trump impeachment fame. Soon afterwards, we learned that in January of 2017, the FBI already knew, based on its interviews with Danchenko, that Steele’s dossier was made-up bullshit fabricated by Steele and Danchenko, inclusive of the salacious and satanic “pee tape” legend. Yet all of official Washington, led by FBI Director James Comey, continued to insist that it was reliable, and that the President of the United States was a legitimate target for FBI criminal and national security investigation and surveillance. When Trump fired Comey, Special Counsel Robert Mueller was brought in to continue the fraudulent investigation and coverup of outright sedition by Washington’s imperial Security State, working in close coordination with the British. From the British Empire’s standpoint, Russiagate was designed to get rid of that outside meddler Donald Trump, while maneuvering the United States into a possibly fatal war with Russia.

You might think that once the FBI determined that Danchenko was a fabricator and a liar, who had sent them on a wild goose chase and actually imperiled the security of the United States, they would have charged him. Not even close.  Instead, Durham reveals that following their January 2017 discoveries about this fabricator, the FBI put him on the payroll as an informant, attempting to forever shield him from discovery under the rubric of their claimed right never to reveal “sources and methods.”  They kept him in that role until October of 2020. Further, Durham reveals that Danchenko had previously approached colleagues at Brookings in 2009, and told them that if they wanted to sell classified information, he knew people who were willing buyers. This resulted in a full FBI investigation which determined that Danchenko was plausibly a Russian agent engaged in espionage in the United States.  The FBI’s counterintelligence investigation purportedly ended when the FBI “lost track” of Danchenko’s whereabouts. Durham also has emails in which Danchenko instructs business associates about how to make made-up stuff look credible in intelligence reports. Thus, the FBI consciously hid the fact that Russiagate was entirely bogus, and they knew it—a house of lies told to the FISA court, the House Intelligence Committee, and numerous judges in U.S. District Courts considering FOIA requests and criminal charges against Donald Trump and his associates.

Lots of folks want to speculate about the obvious coverups in Durham’s investigation: his apparent exoneration of Christopher Steele, the British, the Ukrainians, the CIA, the Obama White House, and the Congress—the list goes on. But think about what you are looking at here. The line in Washington is that if the truth be told, the American government would fail and fall. Better that the populace just not know. Washington is incapable of realizing what is now taking place out there in the land. A wide awake population is preparing itself to take over this rotting mess and turn it good again. Truth be told.