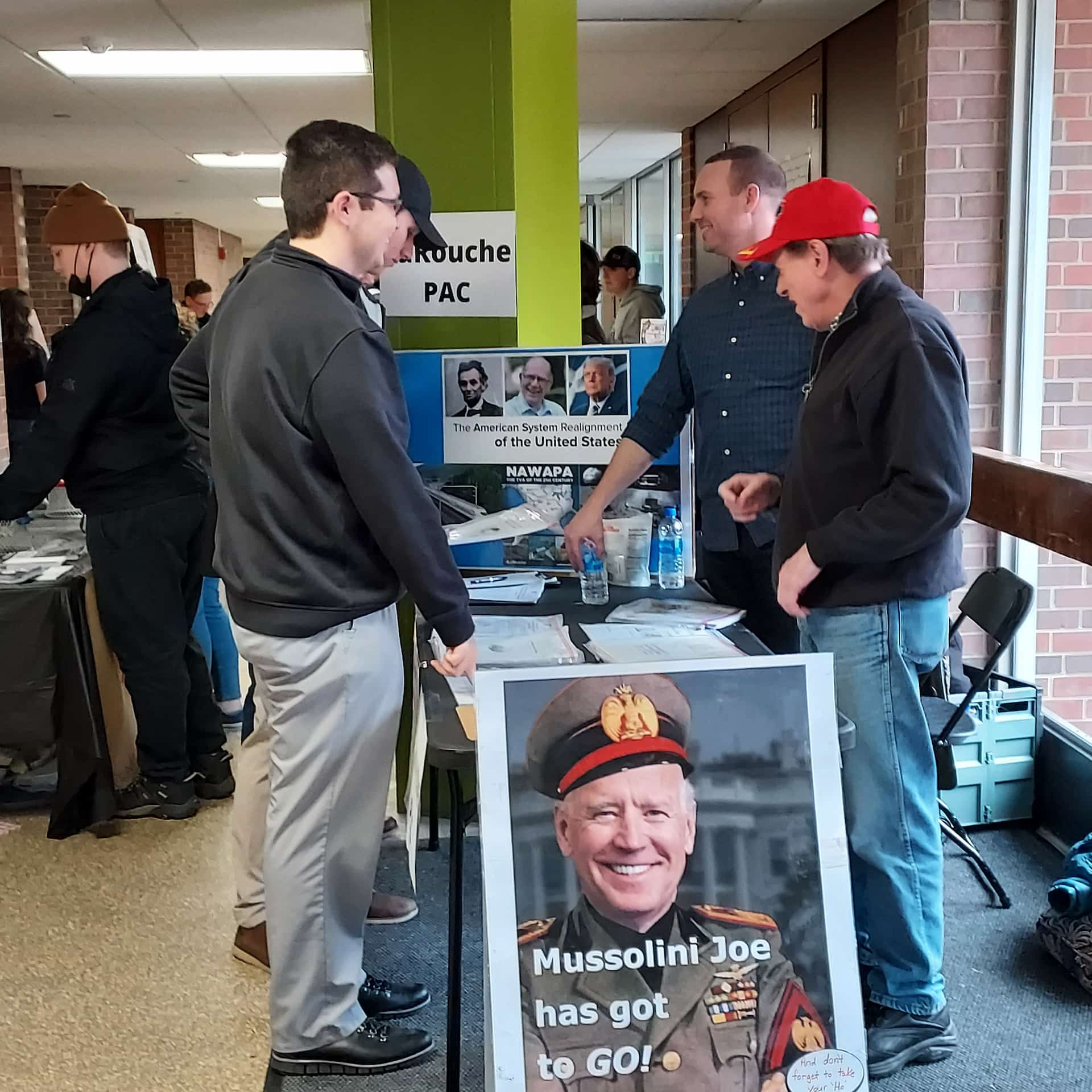 Dr. Atlas, served on the White House COVID task force under President Trump from July to November 2020.  He is a highly credentialed health care policy expert who formerly served as chief of neuroradiology at the Stanford University Medical Center. Starting with his first days on the taskforce, he has addressed the incompetence of the national COVID response by the public health crowd, exemplified by Drs. Fauci and Birx, generating a furious and almost uniformly defamatory response from the establishment crowd.

Significantly, Dr. Atlas also addressed the deeper issues of American society which allowed for blind acceptance of incompetent public health diktats. Speaking to a private grouping prior to the main event, he was very clear that COVID was not the crisis.  COVID only exposed the deeper crisis within our institutions and our culture.

LaRouchePAC agrees. COVID exposed the deep corruption of our government institutions, universities, and media outlets, which responded to this crisis with attempts at totalitarian control and against the discretion of elected governments, real science and evidence based scientific debate, and anything resembling people and principles first!

In his presentation, Atlas focused on the criminal effect of the lockdowns. Leading scientists, including his Stanford colleagues, Dr. John Ioannidis and Dr. Jay Bhattacharya, called for a more reasonable approach as early as March of 2020, and joined in circulating the Great Barrington Declaration that summer.

Stressing that we have yet to see the full impacts of the lockdowns, Atlas emphasized their disproportionate and negative impact on the poor nationally and around the world. Among the younger population, he reported that violence is up, depression is up, literacy loss is up, just to name the most obvious impacts.

Atlas described how he had argued on behalf of sanity during his short stint on the COVID White House team in 2020, and praised Trump's thoughtfulness under the circumstances. To his great credit, he continues to address the deeper incompetence which the COVID response exposed, regarding the economy, inflation, and the world in general.

Four LaRouchePAC organizers attended and manned a sponsor table, making a number of contacts with young people, all of whom displayed the kind of active minds that are necessary to build a viable future. The event was well attended by over 250 students.  Hats off to Turning Point for helping to create this kind of cognitive environment amidst the muffled din of the masked campuses.