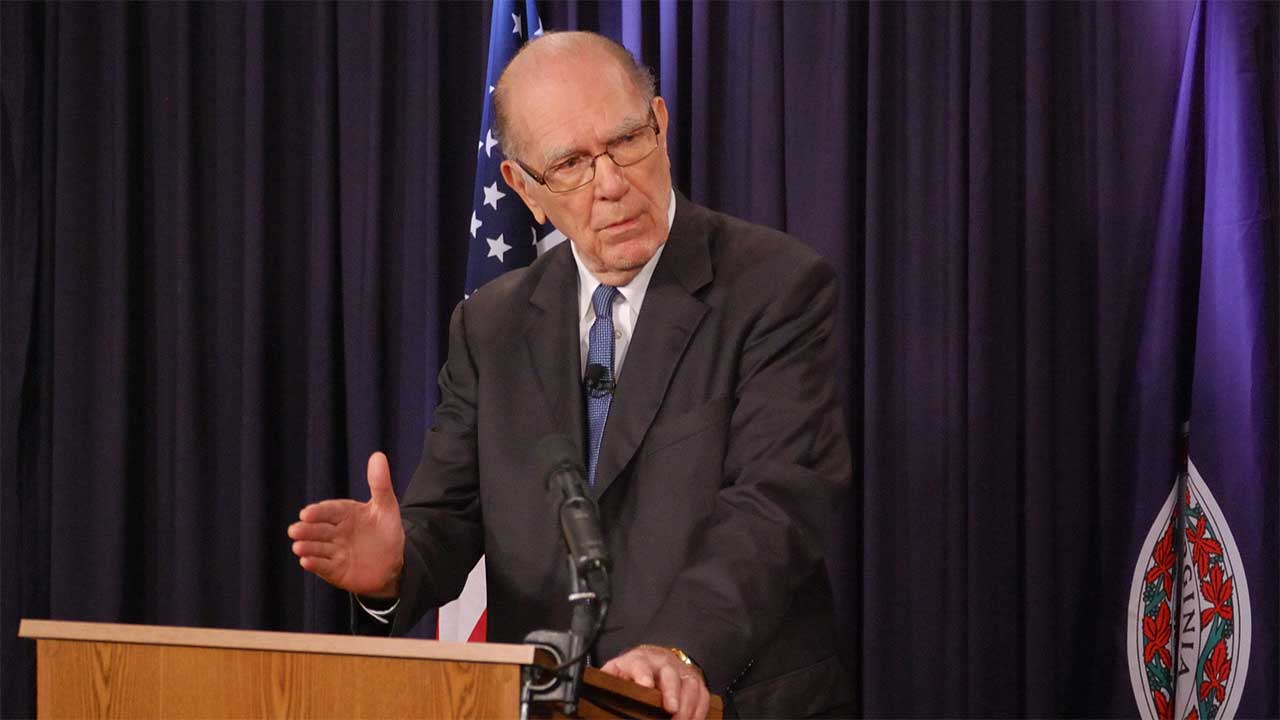 During the 2007-09 depression collapse, Lyndon LaRouche understood that the power of the “globalist” world financial empire–which is today’s form of the British empire–was so great, that no single nation-state had the strength to destroy it. Even the United States, the world’s most powerful nation-state, could not by itself crush this world empire.

Only an agreement among the world’s largest and most powerful nation-states–the United States, Russia, China, and India–can overcome the empire of “globalization” once and for all. These four must somehow find their way to that agreement soon–despite all their well-known disagreements on much else.

Presently bitter disputes divide those four nations. They represent very different cultures, and the Empire is hell bent on preventing them from reaching any type of fruitful collaboration, hell bent on exploiting tensions between them. But you may be surprised to learn that they are actually of one mind on some more important questions. In fact, the most important questions.

Despite relentless pressure from the globalists and the present effort to defeat the re-assertion of American sovereignty by Donald Trump, they all agree that the sovereign nation-state republic, the gift of the Golden Renaissance, cannot become extinct on this planet. And contrary to the Empire’s Green New Deal, its Paris Accords, and its Building Back Better, they each agree that all nations must be free to muster the full power of science and technology to uplift and improve the lives of their people. Even further: they all agree that it is Man’s mission to explore and master the Solar system, and ultimately, as much as we can of our Galaxy and the universe beyond it. It is thus no coincidence that all four are leaders in space exploration.

Of course, these are all matters on which President Trump has weighed in and decisively acted.

And more. On each of these vital issues, each of the Four Powers is diametrically opposed to the non-negotiable demands of the Globalist Empire. Lyndon LaRouche addresses all of this in the 2009 video clip below. He names the actual enemy.

It may seem strange to raise these questions at a moment when the idiot majority of both parties in the Senate is pushing towards war with Russia over Ukraine and war with China over Taiwan. But the purpose of that agitation for war is to destroy the Republican Party–to ensure that it forever loses any support from the MAGA movement.

The American people will never again accept Washington’s needless and destructive foreign wars. So now is not the time to make gutless compromises which may result in thousands, or–God forbid–even hundreds of millions of needless deaths. Now is the time to choose sides–to watch what LaRouche had to say, choose his side, and bring his vision into being.

We are a nation, based on a European cultural basis, a basis which was defined by the circles of Nicholas of Cusa, who was the central figure and the architect of modern European science and culture. And the effort was, when what happened with Constantinople and following that, when Europe was going back into disgusting conditions again, after the Renaissance, they said: "Go across the oceans. Meet people across the oceans. And take our cultural achievements with us to these people, but don't take our diseases, our political diseases with you." And that, in effect, was done. And we, with this picture which I've given some general outline to, we in a sense, produced a nation. Which is the only possible rallying point, still today, to save this planet from Hell. Without this nation, you cannot organize the world to avoid the Hell that's coming down on it now, without this United States.

A Mission for All Mankind

Now, what has happened is this: Europe has been destroyed. Western and Central Europe have no functional value today. I think that France and Germany, if they were freed of British control, under the present European system, would tend to go back to sensible approaches and would cooperate with us, and others. But as long as they're stuck in the euro system, Western and Central Europe is not going to go anywhere, anywhere good. And since what happened this past weekend, as you now see, the entire financial system of the world is disintegrating. Whole nations are bankrupt, hopelessly bankrupt! We're in a general breakdown crisis, a chain-reaction breakdown crisis, of the entire international monetary-financial system, and economic system.

Now, what I've done, is to propose, some time ago, that we get certain people in Russia, China, and India, and the United States, as a bloc of nations, around which to combine our sufficiently powerful bloc, as a combination, to force the needed changes on a planetary level. In other words, by changes, I don't mean "jobs." You know, the idea of giving somebody a job to rake leaves, is not exactly an economic development program.

What we need is production jobs! We need nuclear power. We need a national rail system. We need a space program, a real space program, revived! Because we don't have factories of any significance anymore—we shut them down! Especially under George W. Bush, Jr., and this thing in there—they shut it down! What happened to the automobile industry? What's happened to the aircraft industry? Go on, through all the high-tech industries we had: What happened to them? They're gone! We still have the knowledge of that technology, but we are losing the people who are able to practice it.

We have "jobs"—yes! What are "jobs" worth? Raking leaves? You build a world by raking leaves, or doing social work? No, you build industries.

Today, that means, for example, nuclear power. Technologically, it's impossible to develop the population of this planet without nuclear power, on an extensive basis—and that's not enough. What you have to count on, is higher energy-flux density. You have to increase the energy-flux density of the power in the hands of labor. If you can't do that, you cannot achieve the productivity necessary to save this nation and save the world.

We're talking about a vast program of this! We have to go to space! We have to undertake the industrialization of the Moon, because if we don't do industrialization of the Moon, we can't get to Mars. And if we can't get to Mars—which may take several generations to do that, with human beings; we can get there already with slow craft in 300 days, or something like that. But if you're going to bring human beings there, you've got to talk about a mere few days, between Moon orbit and Mars orbit. And that involves some problems. But we pretty much shut down NASA, which was the mission-orientation for that sort of thing.

Now, the Mars project is necessary for humanity, in the sense that humanity functions on the basis of something about human beings which animals don't have. The animal world has creativity in the development of species, new species, varieties, and so forth. Even the non-living world undergoes development. The universe, the physical universe, is undergoing development all the time. But it has no will to develop! It has no knowledgeable will to choose to develop. It develops because the creativity is built into the universe. Man is different. Man has the willful creativity, to shape the universe. And therefore, man cannot function without having the inspiration, to use that ability, that creative power, to achieve higher goals, than are currently practiced.

For example, we have a planet of very poor people, in Asia, in particular, and in Africa—a terrible mass of poor people! We're running short of many resources. We have to create new resources. We have to increase the productive powers of labor of the existing population. We have 6.7 billion people now on this planet—we're headed towards 7. We have to progress, to meet that challenge. We have to inspire our people, each in their own culture, to take this mission-orientation for mankind as their responsibility.