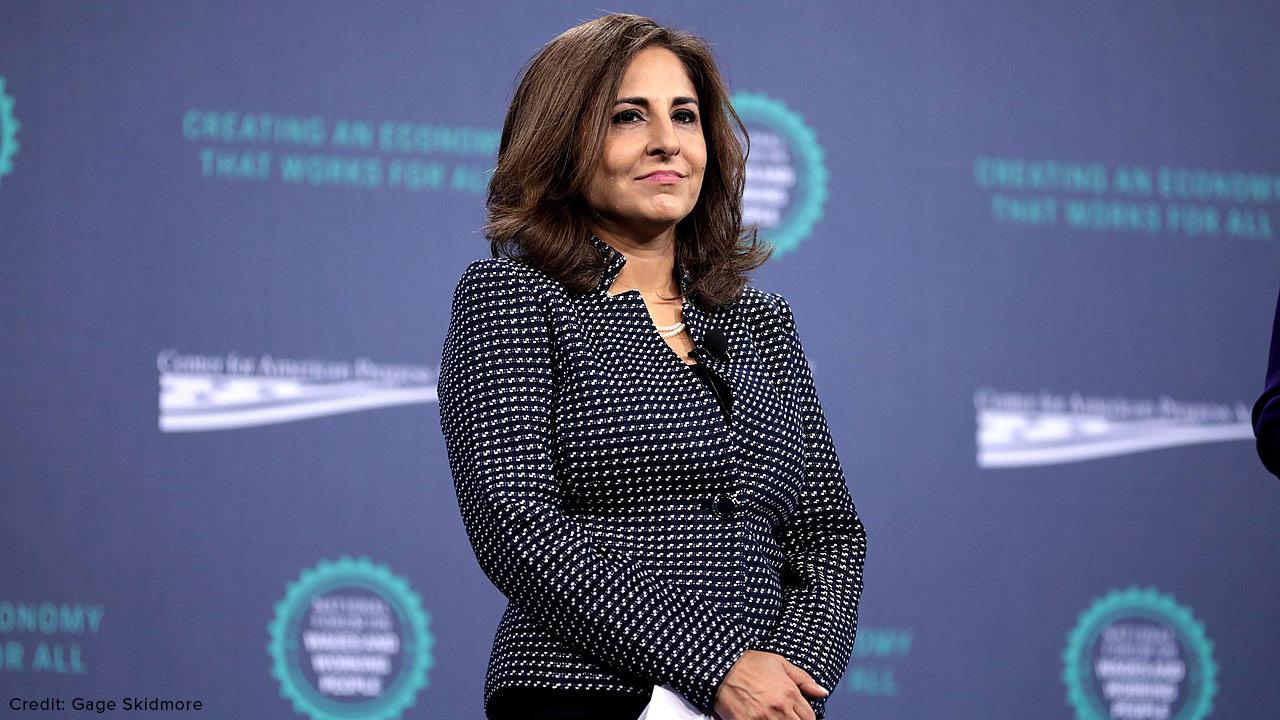 Joe Biden’s dog is being blamed for the foot fracture and accompanying mandatory foot boot which The Avatar, Biden, donned on Sunday. A closer investigation would reveal that his frustrated staff conspired for the injury, hoping thereby to keep Sleepy Joe from once again mouthing his foot or, alternatively, declaring actual true facts, such as the time he stated openly that the Biden Campaign had assembled the largest vote fraud apparatus in history.

Yesterday, the same staff leaked that Neera Tanden will head the economically critical Office of Management and Budget if the coup against the sitting President succeeds. The same Tanden, an apparatchik of the Deep State if there ever was one, heads the Center for American Progress, which has been a coordinating point for the British inspired sedition against Donald Trump from its inception.

Tanden was fully engaged in the fraud which denied Bernie Sanders the Democratic Party nomination in 2016 and went on to become a key cog in the Russiagate information warfare regime directed at delegitimizing and boxing in Donald Trump’s presidency, targeting, particularly, the President’s foreign policy options. Republicans in the Senate immediately stated that Tandon had zero chance of confirmation. The Democratic, “left,” so-called, was equally appalled by the Tanden announcement.

With respect to Russiagate, the unhinged Tanden went further than practically anyone else, insisting that Russian hacking had actually changed votes to favor Trump, a proposition even the most crazed Russiagate fans found preposterous.

The seditionists guiding the Biden Avatar have been emboldened by a Justice Department which appears to be MIA on both the massive vote fraud which occurred on November 3rd, and on the criminal sedition deployed for four plus years against the President of the United States. At midnight on November 3rd, the Justice Department released the long redacted sections of Robert Mueller’s report, showing that even that vicious, lying legal assassin could not find sufficient evidence linking Roger Stone, Julian Assange, or WikiLeaks to the alleged hacking of the DNC computers. This was, of course, an alleged Russian hack which itself never really happened according to studies by Bill Binney and the testimony of Shawn Henry of CrowdStrike to the House Intelligence Committee.

There was never any reason for these redactions in the Mueller Report in the first instance. But millions of Americans voted based upon the completely false idea that somehow the Trump campaign had engaged in some form of treason with the Russian government to defeat Hillary Clinton in 2016.
In response to the DOJ’s cowardly and disgusting midnight exoneration by unredacted footnote, Roger Stone issued this Statement:

"The midnight release by the Department Justice of the unredacted sections of the Mueller report tonight not only vindicates me and proves what I has been saying since the very beginning of this investigation, that I did not engage in any illegal activity around the emails hacked from the DNC and that I in no way knew the source, content, or timing of their release.  No matter how hard the illegally constituted Mueller team tried, they could not make the case they tried to pin on me from the start.  These newly unredacted sections are full of euphemisms for the ultimate conclusion that evidence simply did not exist of my involvement. The timing of the release of these redacted sections of the Mueller Report- midnight on the day of the Presidential election only underlines the entirely corrupt and political nature of this entire witch hunt."

With respect to Tanden, Glenn Greenwald summed it up this way:

“The announcement that Joe Biden intends to nominate Neera Tanden as his Director of the Office of Management and Budget — a critical position overseeing U.S. economic and regulatory policy — triggered a wide range of mockery, indignation and disgust from both the left and the right. That should not be surprising: though a thoroughly mediocre and ordinary D.C. swamp creature from the perspective of both ideology and competence, Tanden’s uniquely unhinged, venomous, corrupt and pathologically dishonest conduct as a Clinton Family and DNC apparatchik and President of the corporatist-and-despot-funded Center for American Progress (CAP) has earned her a list of enemies far longer and more impressive than her accomplishments.”