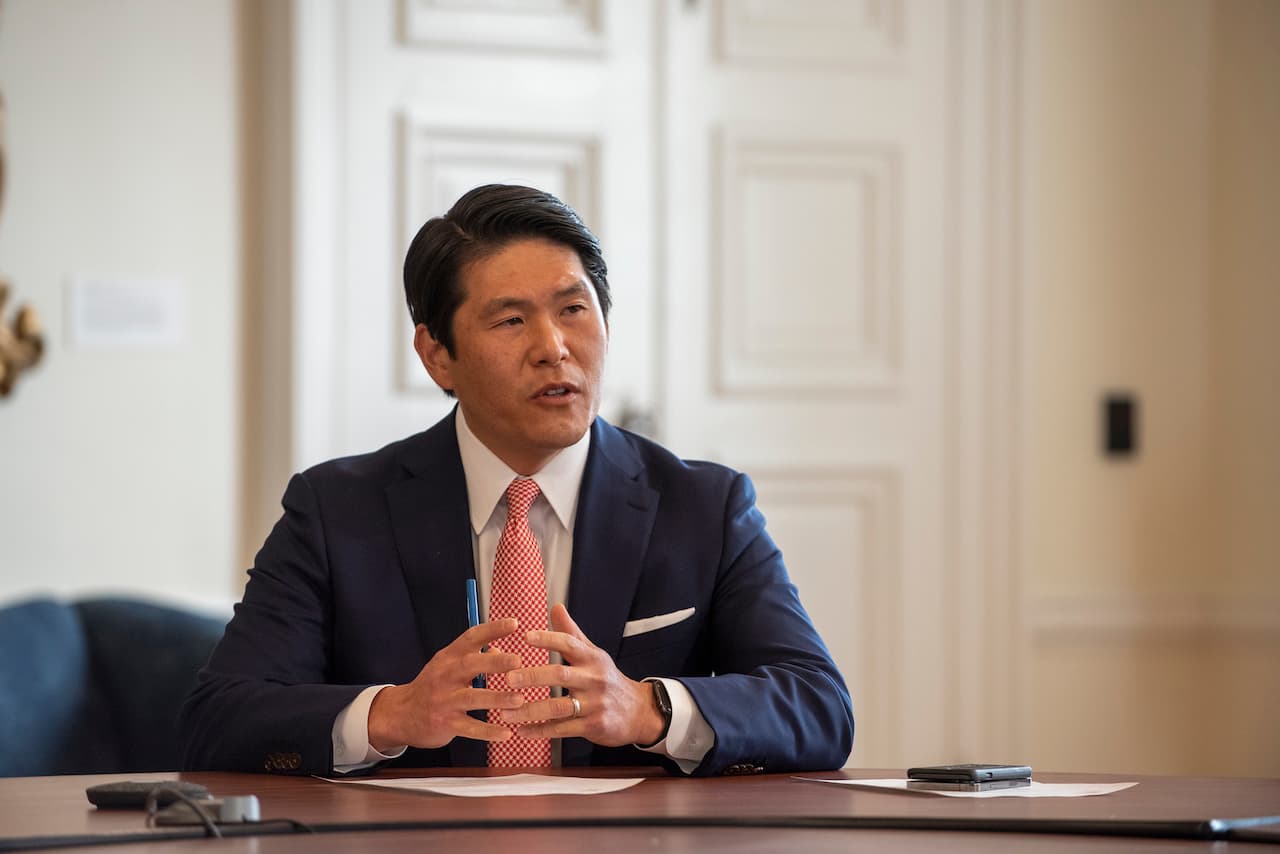 Robert K. Hur during his tenure as United States Attorney for the District of Maryland. Photo credit: Maryland State Government

Thursday, January 12, 2023, was a day of many revelations and wild speculation in Washington.  Merrick Garland appointed Robert Hur, as a special counsel, to somehow do the coverup and damage control concerning the revelation that Joe Biden took records and classified documents of the Obama Administration and kept them at his foreign funded think tank, the Penn Biden Center, as well as his Wilmington, Delaware home.

In his defense, the addled Biden told the press Thursday morning that the documents were secure in his Delaware garage because the same garage contains his precious Corvette and is locked.  Who is trying to throw Biden under the bus? was the talk of the town.  No one provided a real answer.   As Tucker Carlson noted Thursday night, instead of protecting the president, Biden’s staff and his lawyers seem to keep forwarding felonies committed by the President to the Department of Justice.

Kash Patel, appearing on Steve Bannon’s war room Thursday afternoon, cut to the chase as he usually does.  Patel said that Robert Hur should be the first person subpoenaed by the newly constituted House subcommittee investigating the weaponization of the U.S. government against the American people.  Patel, of course, was the chief counsel for the House Intelligence Committee and is credited by many with demonstrating that Russiagate was a Clinton Campaign/Security State (inclusive of British secret intelligence) hoax.

Kash Patel rightly began his exposition to Bannon by noting that “all roads lead back to Russiagate,” the security state’s coup against the 45th president of the United States. That criminal enterprise continues.  Patel pointed out that Hur was Rod Rosenstein’s first assistant at the corrupt Department of Justice during Rosenstein’s tenure as Deputy Attorney General and acting Attorney General. In that position Hur personally campaigned against the release of the Nunes Memo in the Congress, claiming to stupid and corrupt Senators and Congressmen that it would destroy U.S. national security.

The Nunes memo refers to a four-page memo from House Intelligence Committee Chairman Devin Nunes and his staff declassified by President Trump and released in February of 2018 asserting that the FBI "may have relied on politically motivated or questionable sources" to obtain a Foreign Intelligence Surveillance Act (FISA) warrant and three subsequent renewals of that warrant on Trump Advisor Carter Page.  Under FISA’s two hop provisions Page became a walking microphone in FBI surveillance of Donald Trump’s 2016 campaign.

The main “questionable source” was, of course, British MI6 agent Christopher Steele who had been hired by the Clinton Campaign to conduct a full spectrum information warfare campaign against Donald Trump and his 2016 presidential campaign in collusion with the Obama Administration.  It turned out that Steele’s memo was almost completely made up and fabricated, its alleged “deep Russian sources” consisting of a lone researcher employed at the Brookings Institution in Washington, D.C. and his bar room social circle. The FBI and DOJ knew this but concealed it from the FISA court.  Further, Patel says, Hur personally blocked subpoenas from the House Intelligence Committee to the DOJ and FBI, and then, with Rosenstein, initiated FBI investigations including grand jury ordered searches of the social media, phone, and financial accounts of House intel staff.  Rosenstein, with Hur sitting right next to him, when questioned about this extraordinary and illegal investigation of a Congressional committee, lied to Congress in formal testimony about the episode.  He claimed he did not initiate these investigations. But recent revelations demonstrate that Rosenstein and Hur did exactly that.

1.THREAD: Twitter Files #14
THE RUSSIAGATE LIES
One: The Fake Tale of Russian Bots and the #ReleaseTheMemo Hashtag

There is more.  Twitter release No. 14 released Thursday evening by Matt Taibbi shows Rep. Adam Schiff, and Senators Diane Feinstein and Richard Blumenthal pressuring Twitter to block and censor coverage of the Nunes Memo claiming that it was being promoted by Russian bots. Twitter could find absolutely no evidence of Russian involvement but rather than telling Schiff, Feinstein, and Blumenthal that they were insane liars (which is what its reviewers thought) they consulted legal counsel and issued a sugar-coated apology for their failure to take the requested censorship action.