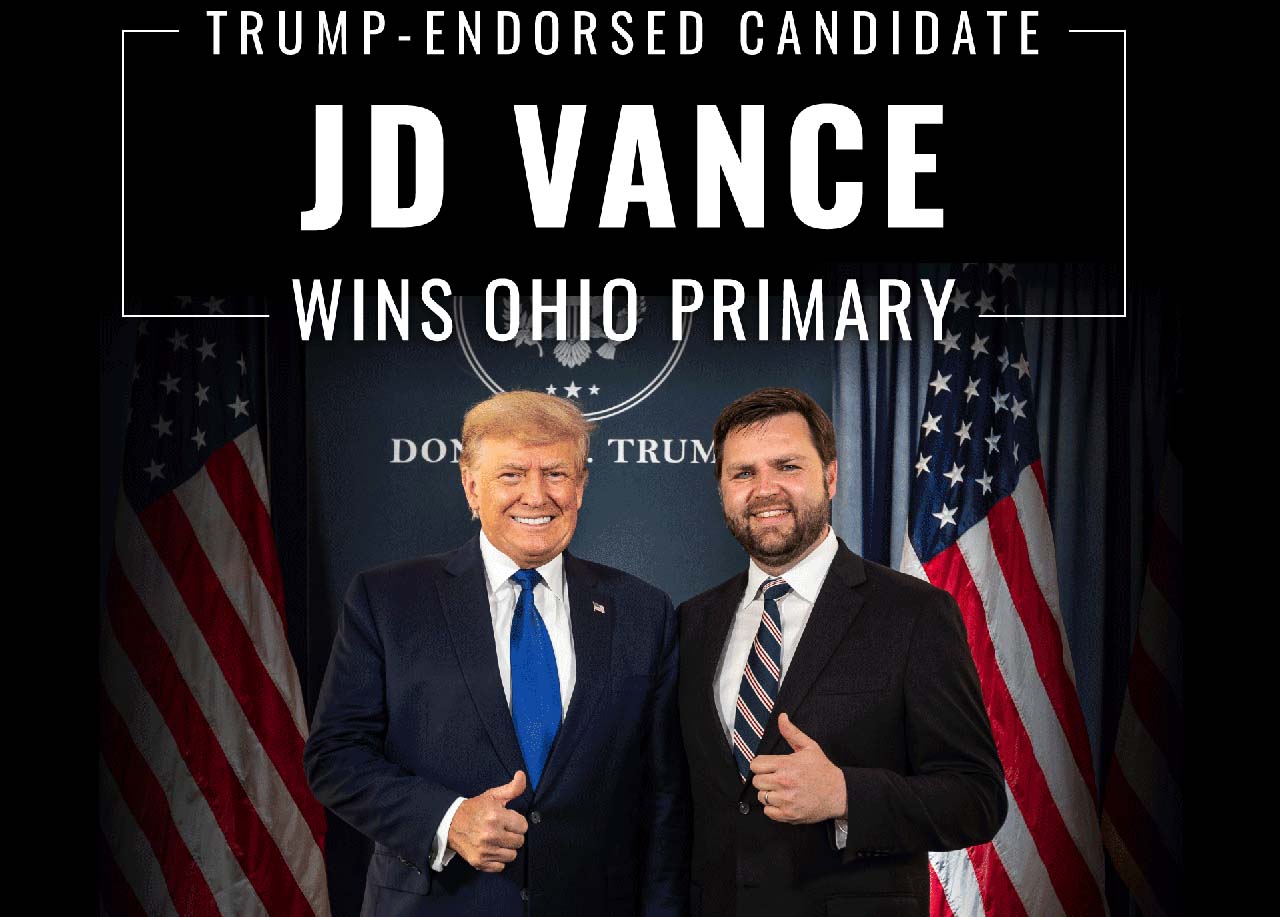 J.D. Vance’s win in Ohio’s Republican U.S. Senate primary election is the worst nightmare for the Washington political establishment. Republican leaders who want to “move on from Trump” and get back to making deals with Wall Street were told unambiguously, “this is not your party anymore,” and Democrats who covet more Liz Cheneys are realizing that no matter how much they attack and slander President Trump and his supporters, the American people are not going back to the days of Obama and Bush.

Vance came from behind to defeat six Republican politicians to win the nomination for Senate. Most of the other contenders professed support for Trump, but, unlike Vance, mimicked the standard Wall Street Republican talking points. The Wall Street-aligned “Club for Growth” political action committee spent millions of dollars on ads attacking Vance for his 2016 attacks on Trump. The Club for Growth attacks were completely disingenuous—since it is a bastion of Wall Street dogma and just as much an enemy of Trump’s MAGA movement as any RINO.

But Vance stuck to his guns, admitting he was wrong about Trump in 2016, but enthusiastically supporting Trump’s accomplishments as President and his effect in transforming the politics of the U.S. Trump had endorsed him two weeks before the primary—that endorsement turned out to be decisive in his victory.

The other key turning point was Vance’s opposition to the war in Ukraine. While every Republican in Washington, and all his opponents, were falling all over themselves to support the Biden/British war in Ukraine, Vance denounced Biden’s escalation—citing its devastating effects on the U.S. and the world economy. The voters of Ohio agreed.

The message is now clear. It’s time for the Republican party to move on, not from Trump, but from the Wall Street establishment who opposes him.