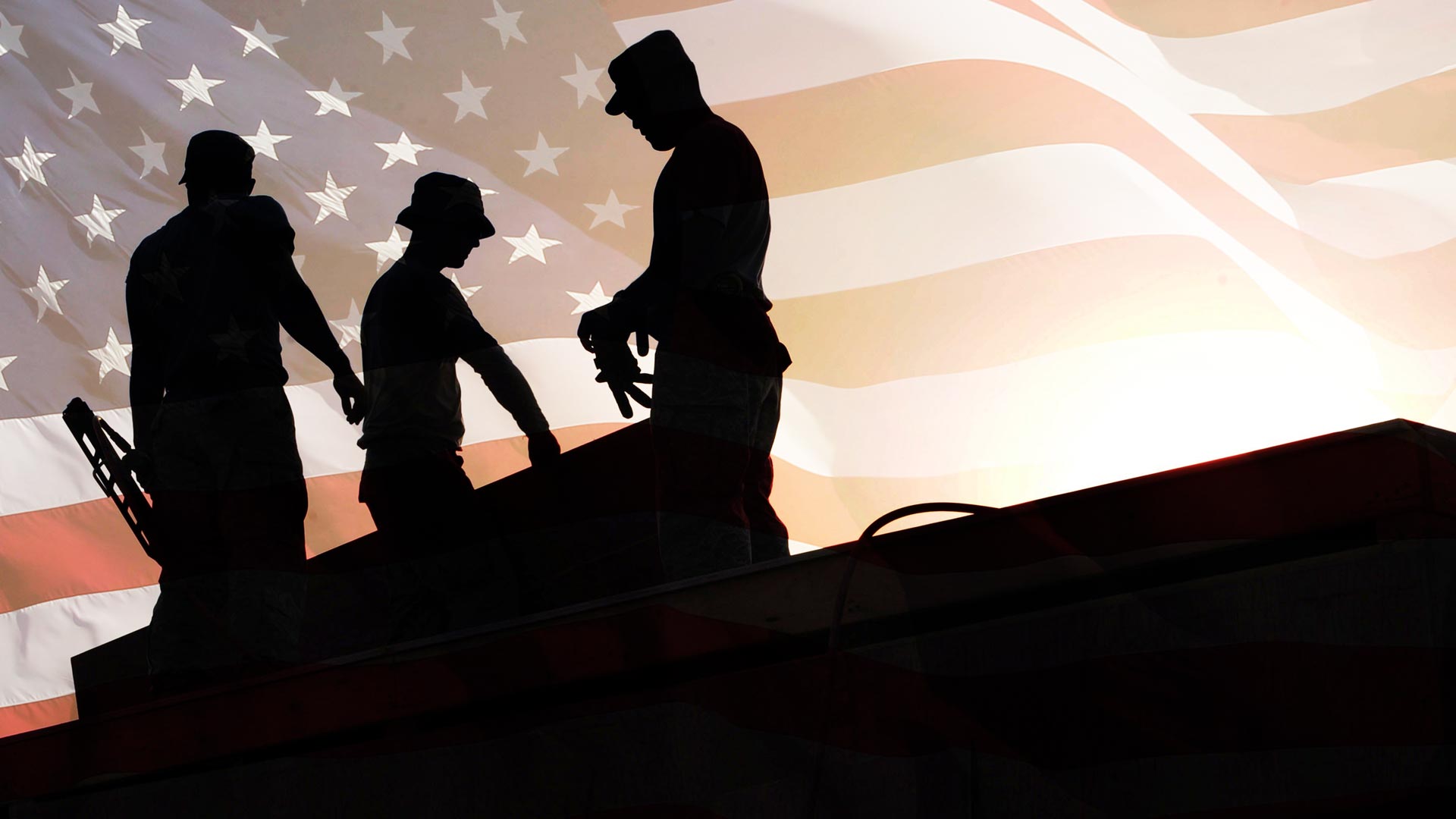 LaRouche PAC’s Brian Lantz has written a detailed report covering the condition of life-critical sectors of the U.S. economy: Energy; Agriculture; Manufacturing; Mining; Infrastructure and Water; Advanced Research and Development; the state of our cities; and much else. If this nation is to survive the approaching economic hurricane, these are the sectors to which a Third National Bank of the United States, in conjunction with local and regional banks, must issue sufficient credit to ensure rapid revitalization and growth. Bankrupting the corrupt, predatory, and globalist Federal Reserve and replacing it with a Third National Bank of the United States, mandated to issue credit solely to revive the productive physical economy, is the first step on the road to economic survival.

National banking, now to be conducted through the Third National Bank in conjunction with local and regional banks, and directed solely toward increasing the physical productivity of the nation, was the means invented by Alexander Hamilton to launch an industrial revolution in the United States when the country was bankrupt after the Revolutionary War. Abraham Lincoln used the same concept to win the Civil War and establish this country as the world’s premier industrial power. The achievements of Hamilton and Lincoln, and the proven economic ideas of Lyndon LaRouche, tell us that the only way out of the disaster we face consists of building out the physical economy, using the most advanced means available.

On the other side, opposing us, sit Joe Biden and the suicidal globalist economists of Washington, New York, London, and Brussels, promoting the insane religion of catastrophic climate change, and using it in a frantic effort to preserve their power by creating a New Dark Age for humanity. Mass kills--through wars, famines, disease, and cultural decadence--are their agenda. The current administration in Washington is now carrying out that agenda, including the wrecking operation they have undertaken against the remaining productive economy of the United States.

We need a full mobilization of our fossil-fuel industries, while simultaneously and rapidly transitioning to a full nuclear power-based economy. We need a new, modern electrical grid. We need major large-scale water, forest management and desalinization projects, to tame the drought which threatens to turn the entire nation west of the Mississippi into a desert. We need to repopulate the nation’s “flyover” country with small and medium-sized enterprises, and revived and newly-born cities and towns. We need a modern transportation system which allows us to move goods efficiently. We need to embrace the imperative to colonize space, knowing that the journey will produce untold new discoveries and scientific breakthroughs. Embracing these missions as a nation, will, in and of itself, solve much of the cultural rot and insanity we now encounter. A major cause of that rot is the rancid cultural pessimism which our present financialized economy fosters.

As you might expect, what Lantz found in his survey of the current state of affairs is devastating. Wall Street, the Fed, and the City of London have financialized and looted everything. Financier cartels dominate almost every productive sector, controlling production and pricing. The former technologically advancing and self-sufficient full-set economy of the United States, capable of producing everything here while helping the rest of the world to develop, has been dead for years. That productive economy was outsourced to other countries under the rubric of “efficiency,” a Wall Street PR term denoting cheap labor. What was left was starved and destroyed.

Zombie corporations, capable only of paying the interest on their enormous debt loads, litter the landscape. The small and medium-sized vertically integrated enterprises which populate supply chains and spur and implement technological innovation, have been starved literally to death. The average age of our farmers is now 57. They have to take jobs off the farm to make ends meet. There is no younger generation in waiting to replace them. As Lantz notes in calling for a Space CCC to train the new labor force necessary to build out a revived economy--we simply don’t have enough trained workers to build the economy we need.

The full Lantz study, including estimates of the quantities of credit which can actually change the landscape, is now available on our Fed page. We will be producing shorter introductions and posts concerning the economic and labor sectors covered in the study for the main page of this website. Beginning Saturday, June 11th, Brian will begin a series of three classes covering the topics in his study, starting with the energy sector. You can sign up for the classes here.

If you are a worker or a manager in the present or future areas of the economy we have targeted in this study, please do not hesitate to contact us below with your insights. We need a full mobilization of producers to enact this agenda through the elections in 2022 and 2024.

We're looking for feedback and insights from people engaged in productive areas of the US economy. Let us know what's needed to rebuild the USA as a productive superpower and what you think of our report "For a U.S. Economic Recovery: A Third National Bank Now Indispensable."

We need a full mobilization of producers to enact this agenda through the elections in 2022 and 2024.