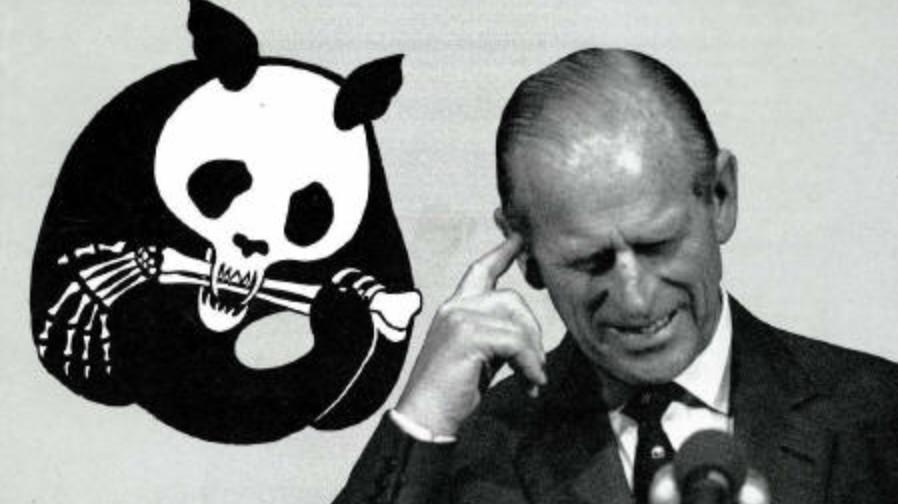 His Royal Highness Sir Philip Mountbatten (nee Battenberg) is dead.  Also known as Philip Andrew of Schleswig-Holstein-Sonderberg-Glücksburg; His Royal Highness Prince Philip of Greece and Denmark; the Duke of Edinburgh, Earl of Merioneth, and Baron Greenwich; Knight of the Order of Australia; and Member of Her Majesty's Most Honourable Privy Council;—and, finally, husband of Queen Elizabeth, Philip’s life serves as an absolute antithesis to all those who seek to live a virtuous life and contribute something positive to future generations.  His too-long parasitic existence is also an indictment of the last crumbling vestiges of the oligarchical system and degenerate oligarchical culture which has plagued mankind for millennia, and which should now be put to rest.

Normally, when an evil person dies, escaping the justice due on this earth, it is wise to commit them to God’s wisdom and the reckoning of true history and not comment further.  However, the pure idolatrous bunk now published about this cretin’s life dictates otherwise.

In a 1988 interview, in a statement now infamous, Prince Philip stated, “In the event that I am reincarnated, I would like to return as a deadly virus, to contribute something to solving overpopulation.”  Not simply an off-handed remark, the oligarchical arrogance of this statement is a truthful exhibit of the oligarchy’s Malthusian outlook on the human species.  For them, for those who today lead the effort to halt scientific progress under the oligarchical catechism of stopping “climate change,” the unwashed masses of humanity are a pestilence, a bestial herd, which, as Bertrand Russell, demanded needs to be “culled” from time to time.

In 1961, Philip, together with former Nazi Party member Prince Bernhard of Lippe-Biesterfeld (the Netherlands), founded the Anglo-Dutch World Wildlife Fund, which became the largest “conservation” organization in the world.  Today’s murderous green agenda of the World Economic Forum, and Joe Biden’s Green New Deal which will kill what is left of U.S. science and industry, are the direct outcome of the efforts which Philip and Bernhard set into motion 60 years ago.

So, based on the justice of the universe, it should be assumed that Philip Mountbatten is now inhabiting one of the rings of Dante’s Inferno.  Most likely, after reviewing how Philip “spent the penny” of his life, he has joined the treacherous and betrayers of the Ninth Circle, encased in frozen ice, as others who preceded him gnaw upon his head.

In truth, the 70 year reign of the Mountbatten-Windsors has been one of a rebirth and “re-imagining” of the British Empire.  From the depths of 1945-1950, when that Empire seemed destined for oblivion, we have seen it arise anew.  Particularly, since 1971, the City of London has reasserted its position as the global capital of finance and usury.  British geopolitics now dominates the day-to-day reality of world strategic affairs.  British money finances global narcotics trafficking.  A sitting U.S. President was removed from office in 2020, on British orders, after years of British attacks on his administration led by Britain’s MI-6.  And we have never been closer to the enforcement of a top-down Malthusian agenda than we are today.  All of this flows from London.

The failure of the average American to recognize the deadly evil which resides in the heart of one such as Philip, is to be found in the naiveté of Americans who imbibe the deadly romantic charade of kings, queens, and palaces, while the actual empire's intent is to kill us all.  Lyndon LaRouche often spoke of the “Oligarchical Principle,” as that cultural outlook which defines the nature of empires and elites.   Forget the faked charm, the society page gossip or the alleged “charitable” works.  The oligarchical outlook is one which classifies the bulk of humanity – including you and I – as expendable animals, and asserts the hereditary right of the oligarchs to rule.

Fortunately, we can find our purpose, our personal mission, in the Declaration of Independence, that “All men are created equal, that they are endowed by their Creator with certain unalienable Rights.”  The American Republic is not only a nation committed to a principle which denies oligarchical rule, but which insists that each citizen, each human being, be given the opportunity to develop his or her creative abilities, to contribute to society, and to create a better future.  Thus ours is a nation, which is Constitutionally grounded in a commitment to upward human progress as that progress is made possible by individual human contributions.

Let all oligarchical notions of society and culture follow Philip into the grave.

For more, see The Coming Fall of the House of Windsor.