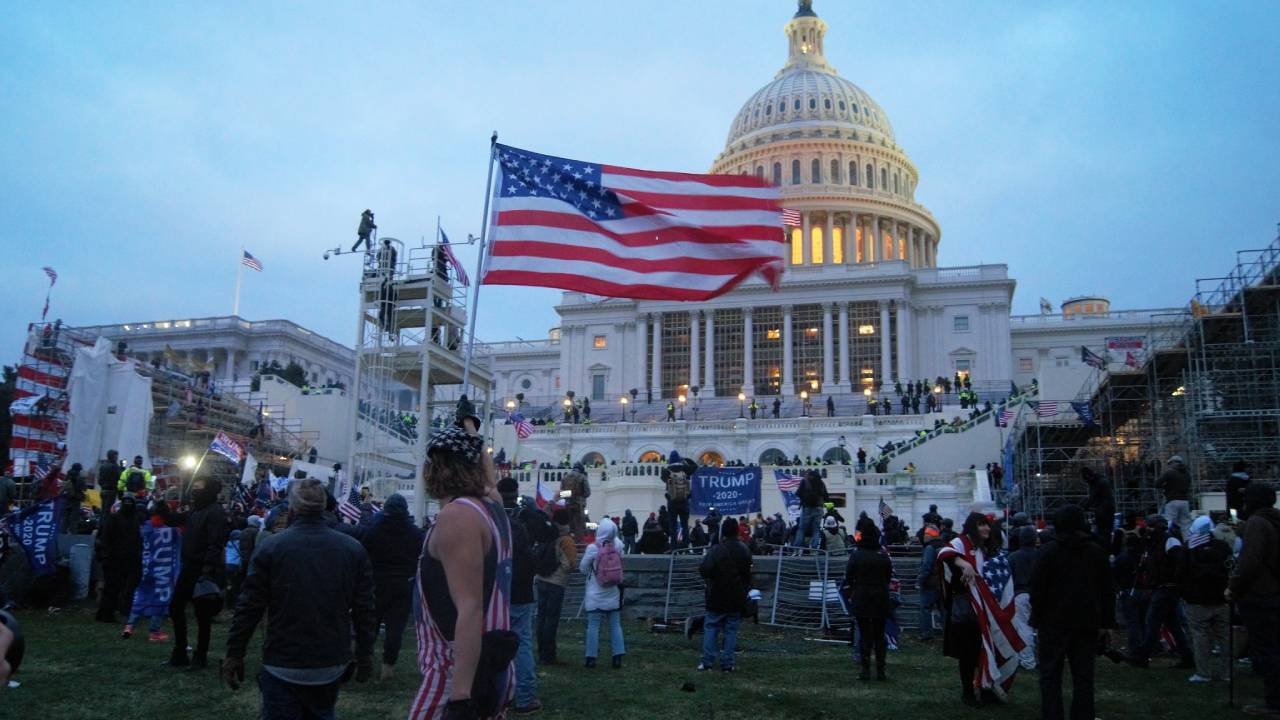 Nancy Pelosi appointed the unhinged, so-called “Raging Cajun,” Lt. Gen Russel Honore, to lead a 9/11 Commission to examine events at the Capitol on January 6th. This loud-mouthed jerk has already asserted that Capitol Police and the House Sargent at Arms were complicit because they were pro-Trump. He has urged that Rep. Elise Stefanik be put on the “no-fly” list and called for Senator Josh Hawley to be “disbarred and run out of town.” [Demonstrators at the Capitol. January 6, 2021. Photo Credit: Tyler Merbler / flickr / CC BY 2.0]

He called federal officers sent to protect the federal courthouse in Portland over the summer “a lawless mob.” Here is Tucker Carlson’s examination of the mad general on February 17th.

There were, according to the FBI, more than 4000 agents working terrorism, foreign and domestic, in the United States on January 6th. Undercover FBI agents, and informants permeated the Proud Boys, the 3 Percenters, the Oath Keepers, the Boogaloo boys, all of whom are said to be involved in the Capitol riot. Given that these groups have been an FBI and intelligence community target for years now, the key question to be asked is “what did the FBI know” and what role did they and others play in setting these attacks in motion. We now know that the story about some Trump supporter killing Officer Brian Sicknick by beating him with fire extinguisher is a complete fake. Glenn Greenwald has documented this best.

We also know that Republicans in Washington, D.C. are prone to almost a fainting form of cowardice.

It points the way to getting at the truth concerning January 6th. That truth is required now, urgently.