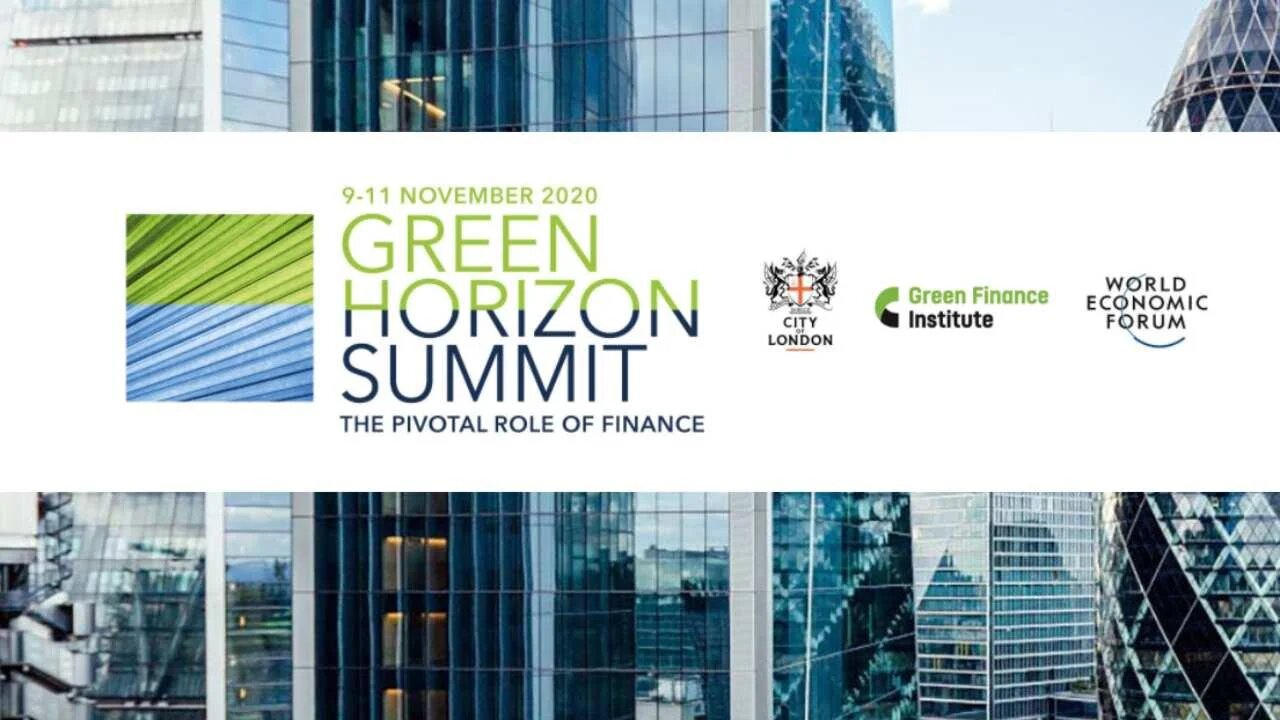 Wednesday was the final round of speakers at the Nov. 9-11 “Green Horizon Summit—The Pivotal Role of Finance,” the most ghoulish and gala yet of the “Great Reset” initiative launched in June, by the World Economic Forum (WEF), and the British Crown—Prince Charles, personally. This week’s sessions were co-sponsored by the WEF, the City of London Corporation, and the British government’s Green Finance Institute, which is directly funded by the City of London, Her Majesty’s Treasury and other government ministries.

The message throughout was simple: We must “rebuild” after the COVID-19 pandemic, and we financial leeches decree that all finance must be on green terms, which we will control and profiteer from, and drastically downgrade the means of existence for all the rest of you miserable specimens of humanity. In other words, the same green genocide message of recent years, but using the pandemic as a new twist. There will be more details to come on the post-pandemic green “transition” to COP26 (which was moved, under excuse of the pandemic, from November 2020 to November 2021 in Glasgow), said the Lord Mayor of the City of London William Russell, closing this week’s event. Among the upcoming Great Reset events will be a session next week on how to green, that is, to destroy, what’s left of the world food system.

Mark Carney, currently UN Special Envoy for Climate Action and Finance, former Bank of England Governor (2013-2020), keynoted Nov. 9, leading off a parade of officials from BlackRock, to the IMF, European Central Bank, and including all the usual green fascist personalities, from Prince Charles, to Sir Michael Bloomberg and Bill Gates. Among yesterday’s speakers, KPMG official Michael Hayes said that COVID-19 has been “nothing more than a dress rehearsal for climate change,” so act fast.

On Nov. 9, the same day as the Summit kick-off, the U.K. government announced it would issue its first “green bonds” to fund investment to handle the climate crisis, and aid the “recovery” from the pandemic.

The reports highlighted at the Summit and this month include one titled, “Taskforce on Scaling Voluntary Carbon Markets,” which was produced by an effort led by Mark Carney, involving the Institute of International Finance, McKinsey Management, and Bloomberg Philanthropies. The 100-page document focuses on how to cadge businesses to participate in green markets, which, states the report, have to increase by 15 times by 2030. Chairman of the Taskforce Bill Winters, CEO of Standard Chartered Group, spoke at the Summit on how the current compliance of business in decarbonization is too small, and not “consistently credible.” So the proposed “voluntary carbon market fills that gap.”

Another report out this month, issued by Mark Carney, as UN Special Envoy for Climate Action and Finance and as Prime Minister Boris Johnson’s Finance Adviser for COP26, is “Building a Private Finance System for Net Zero.”