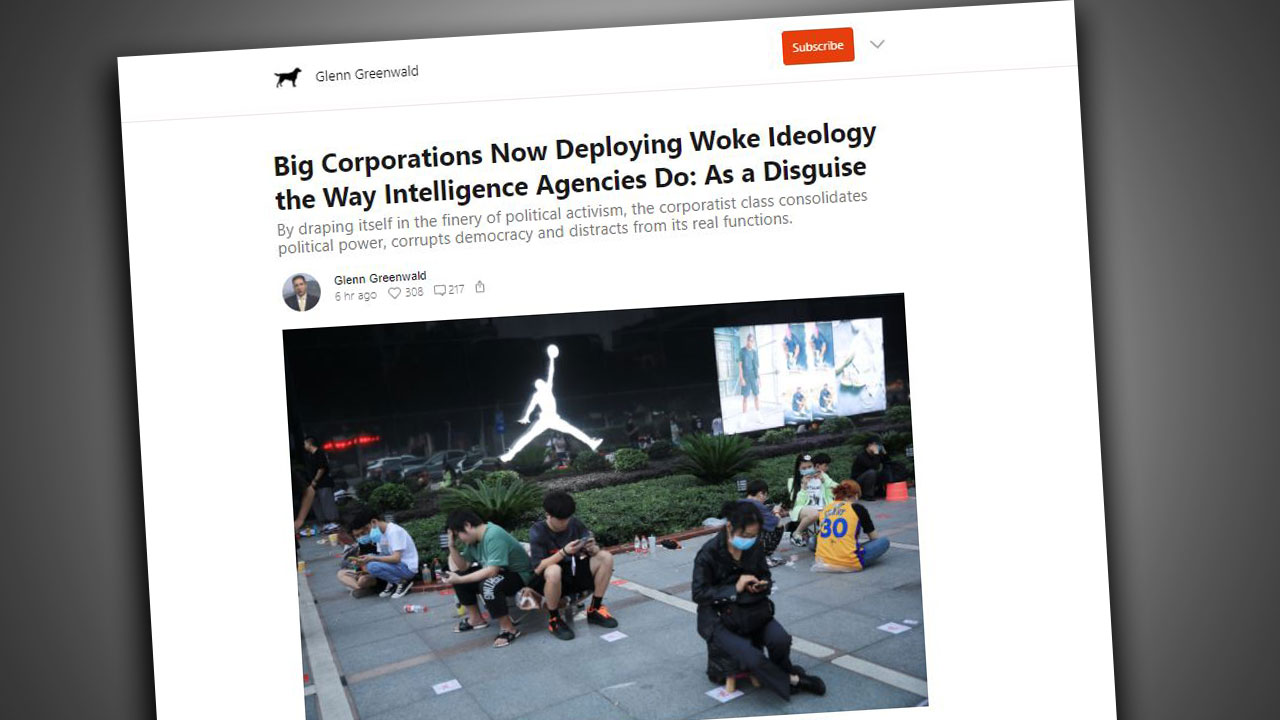 Glenn Greewald's latest article on his Substack page exposes the hypocrisy of the "Woke" corporate/intelligence complex that's propping up Mussolini Joe. Greenwald documents how GCHQ, the CIA, the military, and other current instruments of oligarchy are swooning over racial justice and LGBTQ causes while they continue to surveil, ostracize, and kill people world-wide. This “woke” subterfuge has now spread to the corporations backing Mussolini Joe Biden’s Great Reset.

“The farcical nature of all of this is obvious. Just as it is laughable that the CIA and GCHQ care about social justice, feminism, and racial diversity as they bomb and subvert the rest of the world in ways that contradict all of those professed values, the idea that corporate giants who use sweatshops, slave labor, mass layoffs and abuse of their workforce care about any of these causes would make any rational person suffocate on the stench of their insincerity."

He goes on to demonstrate our rapid transformation into an oligarchy.

“When giant corporations use their unparalleled economic power to override that (legislative process) by forcing state and local governments to rescind or reject laws they would otherwise support due to fear of corporate punishment — then the system, by definition, far more resembles an oligarchy than a democracy. Rod Dreher, writing on Monday in The American Conservative, advanced arguments and concerns that were once the province of the left:

This is progressive oligarchy. Woke Capitalism is a threat to democracy. As I write about in Live Not By Lies, these same people are eventually going to eagerly collaborate with government to create the Social Credit System necessary to make this country controllable.”

You can read the whole article here.