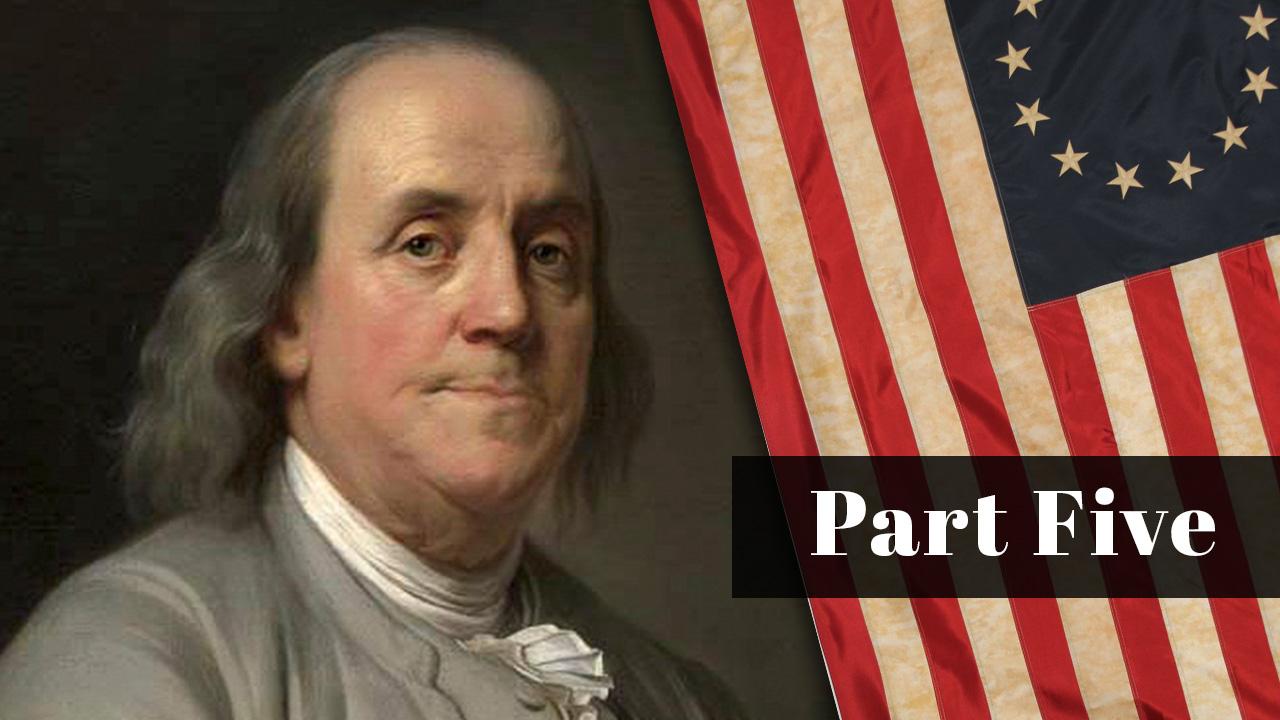 One can still hear the catcalls of Hillary Clinton and her acolytes from 2016, snickering and mocking the supporters of Donald Trump as “deplorables,” an arrogance which made her the most hated woman in America. An intelligent person might think that those elitists would have learned from that disastrous blunder. But no. During the four years of the Trump presidency, the indignant demand of the elite class—that only they are qualified to rule—has only grown in its self-righteous ferocity. From New York City, Hollywood, Silicon Valley, San Francisco, Washington DC and those living in the gated communities and wealthy enclaves which surround many of our other major cities, the super-rich’s derision of mom & pop America is now more visceral than ever.

“How dare those with only High School or Community College diplomas think that they should have an equal voice in choosing the President of the United States! Don’t they realize that they are just too stupid to understand global issues on the elevated level that we inhabit? Walmart shoppers,” they sniff. “After all, I spent my entire life kissing ass and imbibing foreign ideologies without question, entitling me to my present position.”

Many in the media have noticed this trend, as well as the irony that the “working class” Democratic Party of Franklin Roosevelt has now morphed into a club of billionaires, speculators and tech gurus. What is agreed upon by all within that insular sect, which also includes many “Never-Trump” Republicans, is that only those who inhabit the “educated class” possess the insights needed to comprehend the complex issues facing us today.

Among bloggers and political gadflies, there is now much discussion of a “new oligarchy,” an “intellectual elite,” composed of these super-smart super-rich charlatans. Much of this discussion, in fact, misses the mark, because it fails to identify the murderous Malthusian policies of the British Empire as the agenda adopted by this elite. Nevertheless, the case is irrefutable that the snobbish Ivy League and Stanford crowd intend that their hereditary right to rule must not be challenged again, that 2016 must never be repeated. Donald Trump and the movement he has sparked among the “unwashed masses” must be extirpated from America’s collective memory.

Lyndon LaRouche accurately characterized this attitude as baby boomer madness, a New Age paradigm shift in which the working classes, production, and foundational principles of scientific and technological progress were cast aside as hated relics of the uninformed past. Instead crazed British economic theories and free trade were made the hegemonic ideology, justifying the huge wealth flowing to the entitled as the rest of the country was left hollowed out, drug infested, and struggling to exist. The fact that we fought a Revolution against just these British imperial policies was censored out of the public realm.

It is in that light that we present here some brief comments from Benjamin Franklin on what is required to be a productive and useful citizen of the United States.

Just Say No to a Parasitic Elite

In 1783, amidst his herculean efforts to secure a peace treaty with Britain to end the Revolutionary War, Franklin authored a short piece titled, “Information to Those Who Would Remove to America.” In this work he sings the praises of what he calls “American mediocrity”; i.e., unlike European society, with its wide disparity between the hereditary aristocracy and the millions of poor, American republican culture is defined by an industrious middle-class. He begins by saying:

Many Persons in Europe having directly or by Letters express’d to the Writer of this, who is well acquainted with North America, their desire of transporting and establishing themselves in that Country — but who appear to him to have formed, through Ignorance, mistaken Ideas & Expectations of what is to be obtained there — he thinks it may be useful and prevent inconvenient, expensive & fruitless Removals and Voyages of improper Persons if he gives some clearer & truer Notions of that Part of the World than appear to have hitherto prevailed.

With that admonition, he continues:

The Truth is that though there are in that Country few People so miserable as the Poor of Europe, there are also very few that in Europe would be called rich—it is rather a general happy Mediocrity [middle ground] that prevails. There are few great Proprietors of the Soil and few Tenants. Most People cultivate their own Lands or follow some Handicraft or Merchandise—very few rich enough to live idly upon their Rents or Incomes, or to pay the high Prices given in Europe for Paintings, Statues, Architecture, and the other Works of Art that are more curious than useful. Hence the natural Geniuses that have arisen in America with such Talents have uniformly quitted that Country for Europe, where they can be more suitably rewarded...

Much less is it advisable for a Person to go thither who has no other Quality to recommend him but his Birth. In Europe it has indeed its Value, but it is a Commodity that cannot be carried to a worse Market than to that of America where People do not inquire concerning a Stranger, What is he? But What does he do? If he has any useful Art, he is welcome, and if he exercises it and behaves well, he will be respected by all that know him...The Husbandman is in honor there, & even the Mechanic, because their Employments are useful...

In short, America is the Land of Labor and by no means what the English call Lubberland [a place of luxury and ease] and the French Pays de Cocagne, [a mythical land of plenty and idleness]...

The almost general Mediocrity of Fortune that prevails in America obliging its People to follow some Business for Subsistence, those Vices that arise usually from Idleness are in a great Measure prevented...

An American would think himself more obliged to a genealogist who could prove for him that his ancestors and relations for ten generations had been ploughmen, smiths, carpenters, turners, weavers, tanners or even shoemakers, and consequently that they were useful members of society, than if he could only prove that they were Gentlemen, doing nothing of value but living idly on the labor of others.

Franklin disdained hereditary privilege, as well as the pleasure-oriented uselessness of the French aristocracy, as he wrote to his daughter Sarah in 1784. He also was an enemy of idle luxury, denouncing it as “a public evil.” To his friend Benjamin Vaughan he wrote, “I have not thought of a remedy for luxury,” but one of the remedies that he did pursue was a conviction that high taxes on luxury items should be imposed, without mercy. To Robert Morris he wrote that a person has a “natural right” to all he earns that is necessary to support his family, “but all property superfluous to such purposes is the property of the public, who by their laws have created it.”

From the time of the creation of the Junto discussion group, when he was 21 years old, Franklin’s lifelong concern was the challenge to develop a republican citizenry in America. In Poor Richard’s Almanac, in his essays and in his stories, a reoccurring theme is the moral improvement of the population. But, for Franklin, that moral improvement is irrevocably grounded in the idea of being a productive citizen and leading a useful life. At the heart of this—the engine of development, so to speak—is science and industry.

In 1743, when he authored his proposal for the creation of the American Philosophical Society, in a work titled, A PROPOSAL for Promoting USEFUL KNOWLEDGE among the British Plantations in America, Franklin specified that the leadership of the “new Society would be composed of a Physician, a Botanist, a Mathematician, a Chemist, a Mechanic, a Geographer, and a general Natural Philosopher [scientist], besides a President, Treasurer and Secretary.”

He recommended that the subjects of investigation should include:

What Franklin is positing is the development of an upwardly mobile productive economy and the fostering of an “American culture” based on physical economic progress. Being a useful citizen, is defined by just that—being useful—and developing the skills required to produce and to contribute to that progress. America will be a Republic of Producers.

Franklin himself both sponsored and participated in many useful and productive projects. One such took place in 1731 when he supported a proposal for the building of a canal to connect James Logan’s ironworks at Durham, Pennsylvania to the Delaware River, one of the earliest canal-building proposals in the colonies.

Franklin also worked with Logan to create the first lending library in America, the Library Company of Philadelphia. This was in 1732. The original collection of books offered to subscribers is revealing. There was no theology, no fiction, no metaphysics, and only carefully selected poetry, including the translations by Pope and Dryden of Homer and Virgil. The bulk of the library consisted of works on geography, astronomy, botany, science, geometry and calculus, including a treatise on conic sections.

The emphasis was on science and engineering, subjects which would improve the skills of citizens to contribute to a more productive society.

Coupled with this was Franklin’s parallel concern regarding the moral improvement of the citizenry. A republic must have—in its life-blood—a firm understanding of each individual’s role in helping to lead, to create a more productive future. In 1750, when he wrote the syllabus for what became the University of Pennsylvania, Franklin insisted that students study Greek and Roman history, for the lessons it would teach on governing a republic. He stated that in studying Plutarch and Livy, the students would find “the causes of rise and fall of any man’s character... the advantages of temperance, order, frugality, industry, perseverance.”

Franklin proclaimed that the creative “mediocrity” of productive citizens formed the basis for a lasting republic. This ideal is also what is enshrined in the Preamble of the U.S. Constitution,—We the People. It was precisely this broad-based republican culture, in the second half of the 20th century, which produced many of the leaders and astronauts of the Mercury, Gemini and Apollo missions. That technologically progressive culture was recognized as the mortal enemy of the British Empire 250 years ago, and it is precisely that culture which the British, along with their degenerate elitist American friends, are determined to eradicate today under a Biden presidency.