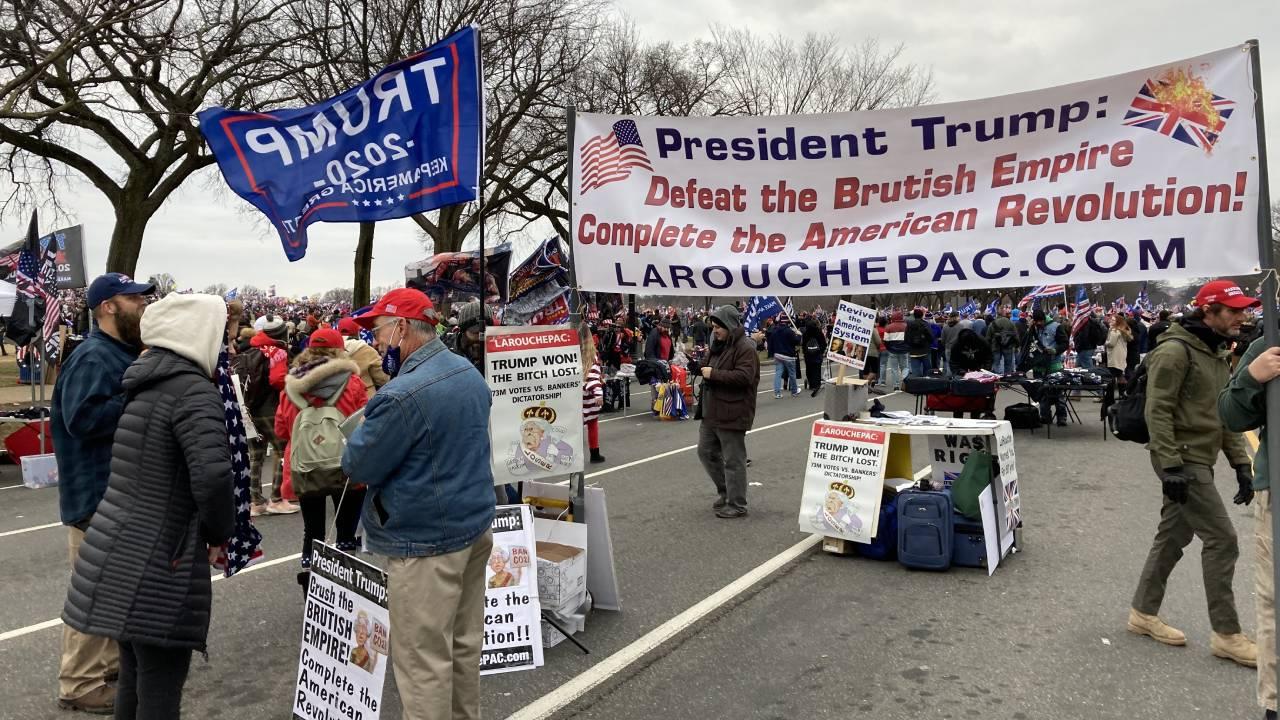 According to LaRouche PAC’s on the ground reports over a million people gathered in Washington, D.C. today to peacefully protest the theft of the November 3rd election. They listened to Eric Trump tell the moribund Republican members of the unitary group which controls American politics that their time was over – the Trump movement would primary them in 2022, if they refused to fight the fraud. They heard President Donald Trump tell them that the election had been rigged, that he would never give up, that his supporters were not “going to take it anymore,” that the steal of our republic had to stop. Those were all completely true statements. As Senator Ted Cruz said, well over half the American people consider that the election was rigged, including 37% of independents and 17% of Democrats and this is not some shared delusion. The evidence of the fraud is there and it is clear.

Then, over at the Capitol, Vice-President Mike Pence caved and said he would only act as a clerk in counting the electoral college vote, certifying that he would not stand in the way of Joe Biden’s fraudulent assumption of the presidency. The objection to the Arizona electors had just started in debate, led by Senator Ted Cruz when all hell appeared to break loose. I say “appeared” because the news media was on it instantly as if reading from a prepared script.

Completely and inexplicably, the Capitol Police utterly failed to protect the Capitol as demonstrators began to gather, peacefully on the steps. Those demonstrators remained peaceful throughout the ensuing hours. Other protesters, however, appeared in footage wandering aimlessly and inexplicably through Statuary Hall. A group of demonstrators, claimed by the media to be pro-Trump, violently breached both the Senate and the House chambers and police responded with force. At least one person, who, according to news reports, had attempted to break down the door to the House Chambers, has been shot, their identity unknown. Once problems started, it has taken hours for re-enforcements to arrive for the besieged police. The news media has gone completely wild, claiming that the President was precipitating and had incited a coup d’etat.

The Avatar president, Joe Biden, took to national television to blame Donald Trump for inciting an insurrection. Unexplained, throughout this time, has been the complete apparent paralysis and inaction of federal law enforcement who have multiple contingency plans for just such a breach of the Capitol.

This writer, given all that has occurred over the past year, cannot believe that this was anything other than a setup to destroy and discredit the Trump movement. It fits with the information and psychological warfare operations which have been conducted against Donald Trump and the American people since Trump declared his candidacy. Yes, it is true that the attempt to deny the fraud which happened before everyone’s eyes by the entire national establishment is the equivalent of demanding that everyone accept the idea that snow is black and simply move on. It is like a declaration from some overlord that it is okay to piss in your face and call it rain. This has caused overwhelming anger and frustration as people fear the loss of the Republic. We have heard this anger and frustration from our supporters but they are not violent. They are ready to fight peacefully, with their lives, for this Republic. We firmly believe that any honest investigation of today’s incident, will demonstrate that those who engaged in the violence are provocateurs functioning under the thumb, wittingly or not, of the intelligence agencies. We are beginning that investigation now.