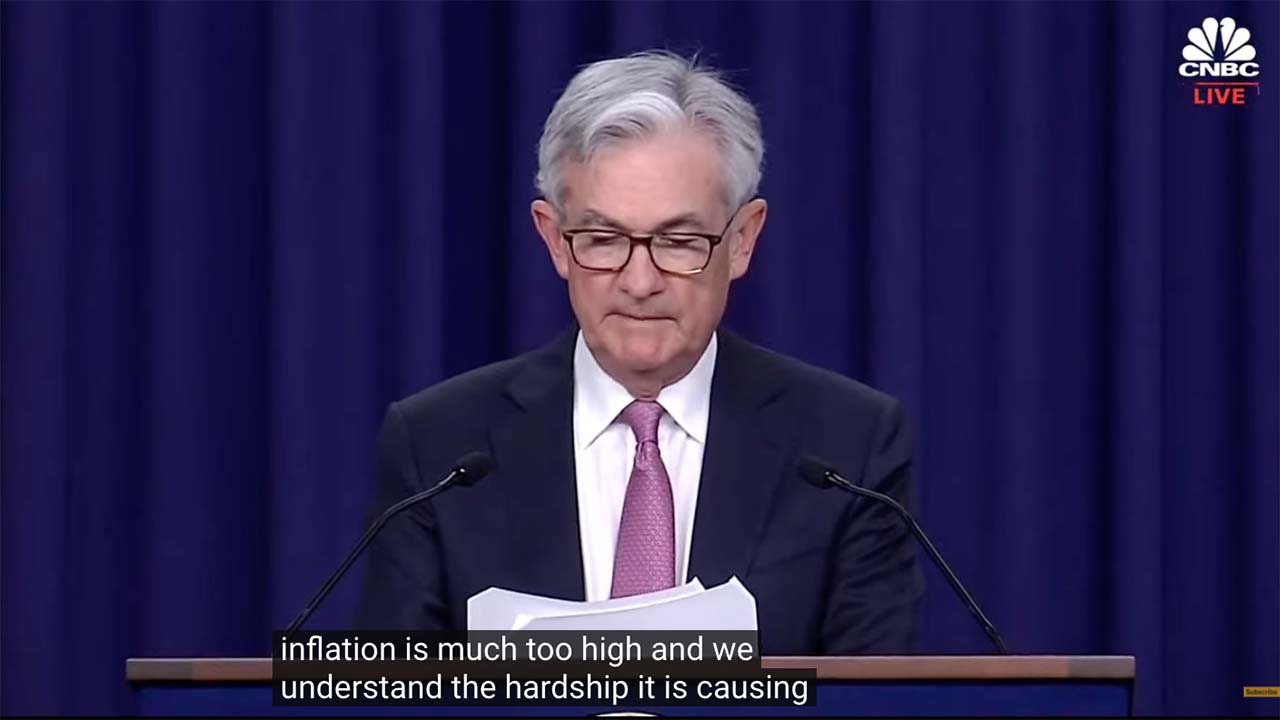 The much-anticipated May 4th Federal Reserve meeting ended as expected. After an “I feel your pain” introduction, Chairman Jerome Powell admitted that inflation is beyond the Fed’s control, and that the only thing that it can, and will do is raise interest rates, reduce its balance sheet, and hope that Wall Street, London financiers, and the computers that run their trading algorithms, don’t get too upset.

While the stock market rose after Powell’s remarks, most Americans, who are paying for this inflation with dwindling real wages and savings, are not going to be mollified by Powell’s bromides.

The real point is that since it’s widely admitted that the Fed can’t do much to alleviate the effects of decades of its money printing and bailouts, isn’t it about time that the nation abandon the failed central banking system altogether, and return to the system of national banking that produced the American system of physical economy in the first place?

The inflation that’s ravaging households and productive businesses worldwide is not merely a product of central bank miscalculation over the last year. The Fed has consciously been creating this crisis over decades. After decades of zero-growth policies that have reduced the physical productivity of labor, sapped investment in physical production worldwide, and prioritized financialization over physical production—the result is a lack of global capacity to produce the needed commodities, capital goods, and end products such as food, housing, energy, machinery, and other necessities of life. Combined with the anti-science goal of carbon neutrality, which has been promoted by the Fed and its allies in the City of London and Davos, these policies have created shortages that now threaten the well-being of most of the American population.

Add to this the Biden/British decision to provoke the war in Ukraine, and the accompanying sanctions intended to cut off Russian and Ukrainian supplies of energy, food, fertilizer, metals and other commodities. It’s no wonder that Fed tinkering can’t really alleviate the crisis.

What is needed is a complete transformation from central banking, which serves the interest of finance, to national banking, which provides credit to expand production and investment in physical production. This must be accompanied by a change in government policy that rejects the climate change hysteria, promotes production, and encourages investment in frontier technologies, as was done under President Trump. The economic fight will only intensify over the course of the 2022 elections, as the Biden-Powell policy fails to bring relief. This creates the opportunity for the real transformation that’s needed.