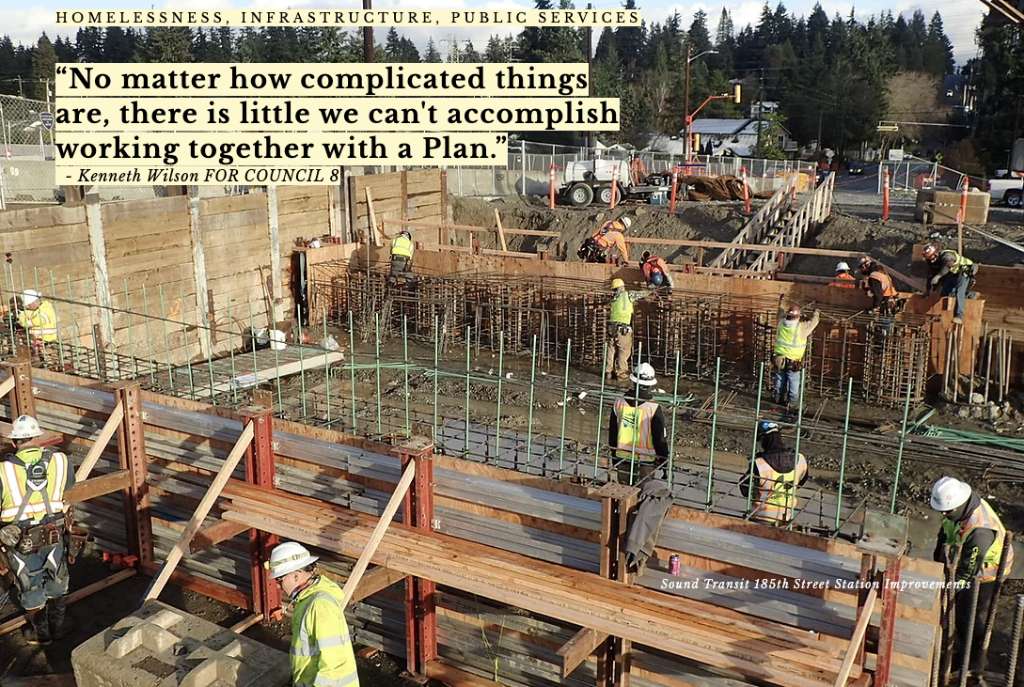 On November 2nd, 2021, or shortly thereafter, the results from the Seattle Municipal elections will be known. On December 7th, the results of a recall of the rabid socialist City Council member, Kshama Sawant, will also be known. Not in recent memory has there been such a stark divide between the municipal candidates or between those for and against the recall. Will the radical barbarians at the gate of Seattle fully take over the city for free drugs, crime, climate change, and the mayhem that is called “equity” and “social justice,” or be defeated and stopped? The national implications of this local election should be obvious.

While some might say this is a contest between liberals versus socialists, the contest is really between the liberals with the usual liberal eccentricities and moral deficiencies versus completely crazed socialists --people who a sane society would refer for mental health services. The only exception to this is the first-time candidacy of Kenneth Wilson, a bridge engineer, who is running for Seattle City Council Position 8.

In the primary for Position 8, with eleven candidates in the race, no one expected Kenneth Wilson to even show up on the radar. Wilson’s pre-primary poll numbers were 1%. But Wilson advanced to the general election by demonstrating on his website his technical competence for fixing Seattle’s critical infrastructure problems. In several short videos, Wilson went through the technical engineering problems of the bridges that are in trouble, and the gross neglect of the city government in dealing with its aging infrastructure.

Wilson’s campaign message would not be seen as out of place anywhere to sane individuals, but in the “woke” city of Seattle, this kind of message is a shock. “What? You are NOT talking about race, gender, equity, and climate change!”  Sanity, emerging in an environment otherwise characterized by its opposite, often appears as just such a shock. For context, let us tour the other races.

The race for Seattle City Attorney:

The Seattle City Attorney is the law enforcement arm of the city of Seattle. The two candidates in this election are Nicole Thomas-Kennedy, a reputed Antifa supporter, and Ann Davidson, a former candidate for Lt Governor of Washington State, who identified herself in that race as a Republican.

Nicole Thomas-Kennedy is seeking to implement the Obama-Biden program of “reimagining law enforcement.”   “Reimagining law enforcement” is the code phrase for abolishing all police departments and replacing them with public health and social service professionals. Under this utopian scheme, instead of law enforcement, social workers would mediate between those committing crimes and those being victimized. All crimes committed by drug addicts, and those who are poor enough to require a public defender, are not crimes in the traditional sense, but “crimes of poverty,” and in most cases are justified by social and economic inequities. This is what Biden and Harris mean by “social justice,” and “equity.”

Davidson is running against Nicole Thomas-Kennedy on behalf of Seattle’s business community and the city’s existing institutions who are terrified by Thomas-Kennedy’s proposed regime.

The races for Mayor and two City Council positions:

In September 2020, the City Council voted to defund the police. Since then, the Seattle Police Department has lost over three hundred officers and no longer has adequate staffing to respond to much of the criminal activity in Seattle. Seattle is also populated with growing homeless encampments and the drug addiction and mental illness prominent in this population. Except for the issue of collapsing infrastructure raised by Kenneth Wilson, the issues in all these races are whether to abolish or restore funding to the police, and whether the homeless should be dealt with by a “housing first,” or “treatment first” approach.

The radicals, mayoral candidate Lorena Gonzales, Council Position 8 candidate Teresa Mosqueda, and Council Position 9 candidate Nikkita Oliver all have backgrounds as civil rights and homeless advocate lawyers. All three are intrinsically a part of what might be called the “homeless industrial complex” a complex that has grown rich on providing “services” to the homeless while exacerbating the problem. These three believe that using drugs and being a drug addict is a right, if not a necessity, a coping mechanism for dealing with racism and poverty.

The radicals favor the “housing first” approach to the homeless. Their narrative is that nothing can be done for the homeless until they are given a place to live. Their proposal is to increase taxes and shift the city budget to pay for thousands of subhuman “tiny houses” a little bigger than a doghouse, as if the homeless were animals to be put in pens.

The opposing view to the radicals, weakly held by Sara Nelson, City Council Position 9, and Bruce Harrell, the Mayoral candidate, but more strongly held by Kenneth Wilson, is the “treatment first option.”  Under the “treatment first option” transition from living on the streets to a job and a place to live is viewed as a process that can last up to two years and begins with treatment for the addicted or mentally ill in supervised drug barrier transitional shelters.

Readers might remember the riots in Seattle and the creation of an autonomous zone occupation called CHAZ. They might also remember the famous description made by Seattle’s mayor Durkan of these riots and the crazy events that followed, as the “Summer of Love.”  One of the leading activists in the riots, and the occupation was Socialist International City Council member, Kshama Sawant. Sawant also led an occupation of City Hall and brought some of the rioting into wealthy neighborhoods. This was too much for the liberals of Seattle, especially prominent wealthy liberals living in Sawant’s district. Thus, a recall of Sawant was organized and will appear on the ballot December7th.

Sawant is supported by the three radical candidates for city council and mayor. One of the other leading activists in the riots and the CHAZ occupation was Nikkita Oliver, the current Position 9 City Council candidate. Nikkita Oliver is the leader of the Seattle Peoples Party, a local socialist grouping which is allied with Sawant’s International Socialists.

Uniformly, the endorsers of the radicals are centered in the local Democratic Party State Legislative organizations, the local Service Employees International Union, (SEIU), the teachers ‘unions, and Planned Parenthood. The SEIU is central to Barack Obama’s national apparatus. The endorsers of their opponents are in most of the other unions, the local business community, and include many former elected officials. For example, two former Democratic Governors, Gary Locke (1997-2005) and Christine Gregoire (2005-2013) have endorsed the anti-radical Ann Davidson in the City Attorney race.