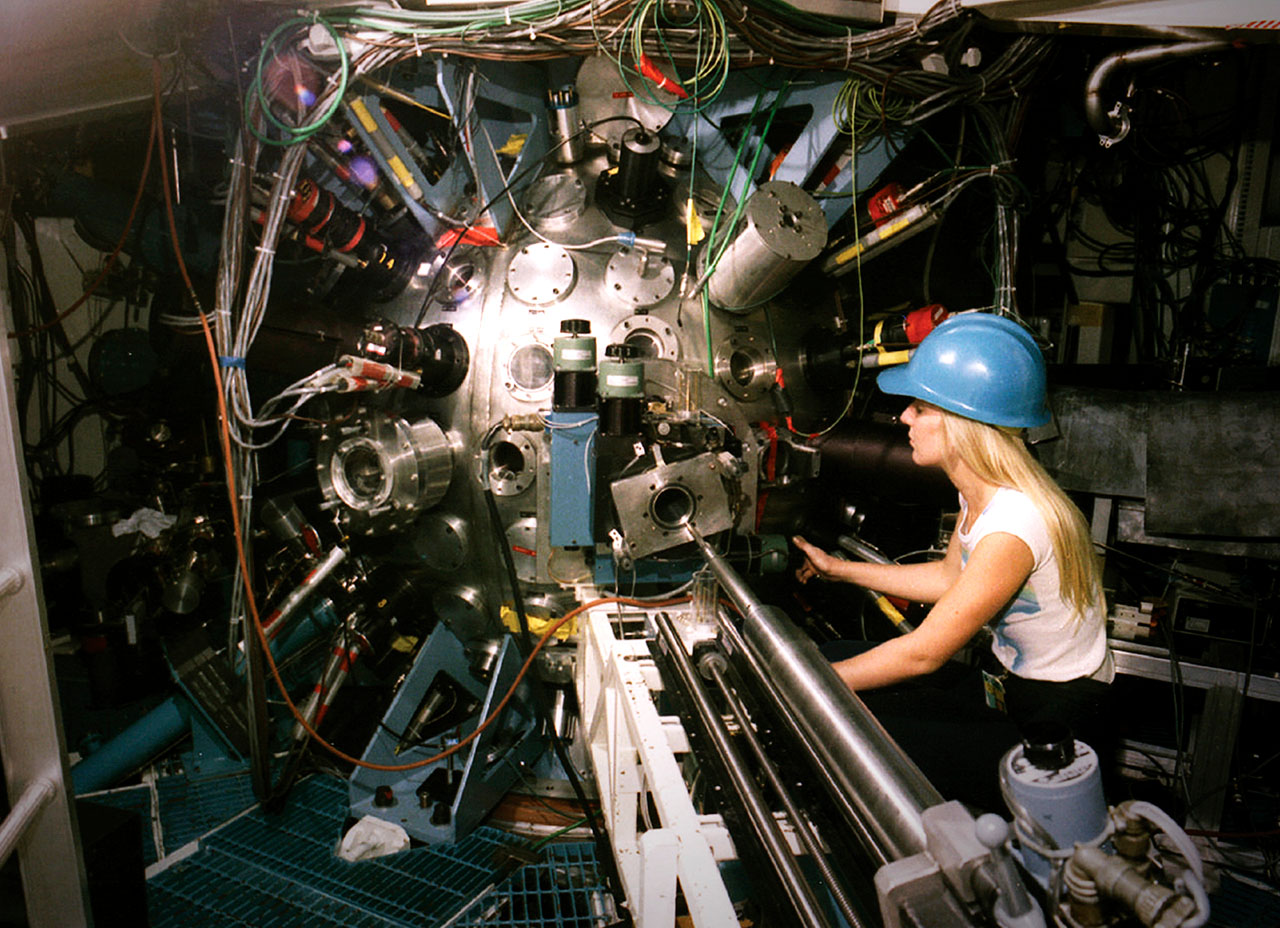 On November 23, 1974, at the Hotel Tudor in New York City, the Fusion Energy Foundation (“FEF”) was founded in a meeting attended by scientists, interested laymen, and representatives of the Atomic Energy Commission, the United Nations, and the International Atomic Energy Agency. The meeting concluded that: “The only human solution to today’s energy ‘crisis’ is an immediate crash program for the development of fusion energy.”

The FEF was a project of the late Lyndon H. LaRouche, Jr. He served on its Board of Directors and considered his work with the Foundation as perhaps the most significant work he did in an extraordinarily rich life. Thus, on December 5, 2022, when the young scientists at Lawrence Livermore Laboratory’s National Ignition Facility achieved fusion ignition, creating for the first time a self-sustaining release of energy based on a laboratory-created fusion reaction, you can bet that Lyndon LaRouche, Edward Teller, Gottfried Leibniz, Denis Papin, and many, many other scientists and engineers who made this achievement possible, smiled and sang songs of joy from that heaven where they now reside.  This proof of principle, that self-sustaining fusion reactions can be produced and reproduced, would have occurred, without conscious sabotage, generations ago. But it has finally occurred, and it is a glorious day for human beings.

LaRouche’s reasoning and that of everyone associated with the FEF’s founding was based on the science of human development. Each progressive stage of that development has been driven by revolutions in the energy powering the economy, with each new power source having an ever-greater energy flux density. Based on the available energy palette in 1974 and still today, fusion energy represents the most powerful, unlimited, and cheap potential source of energy by which to drive humanity’s development forward. Its fuel is a refinement of sea water, although many now suggest that Helium 3, mined from the Moon, may prove more efficient and economical. Its chemistry and physics miniaturize the powerful process that powers the sun and the stars and hydrogen bombs, and produce no nuclear waste. It has been clear for a long time that if we can produce controlled and tuned fusion reactions in a hydrogen bomb, then we can do so for fusion reactors and other devices.

Once the fusion genie is fully out of the bottle, no oligarchy will be able to constrain economic development.  Their constraints are based on controls over the energy inputs which dictate the availability of economic development.  For decades, speculation on oil and natural gas pretty much drew the line between the world’s rich and its poor. Now, the ecofreaks seek to drive us all into a feudal economy, powered by wind and solar energy which they can readily control.

Fusion is based on a readily available fuel source and human scientific and engineering prowess.  Its promise is so large that there can be no ready excuse for limiting its availability.  This now depends on moving forward, on a crash program basis, with improvements to both the inertial and magnetic confinement approaches to fusion, and incorporation of the various scientific and engineering approaches now bubbling up from optimistic private entrepreneurs who can emulate Elon Musk’s success with his better-engineered and designed rockets.

The benefits of such a crash program are direct and palpable. In addition to fusion’s ability to meet all of the world’s power needs, a direct fusion-powered rocket can travel to Mars without the hazards of long spaceflight for human bodies. Fusion torches can separate rare precious metals from what would appear to be simple rocks or dirt. Fusion-powered beam weapon defenses hold the key to preventing the inevitable collision of meteors and asteroids with planet Earth. As with any “moon shot” crash scientific program, the technological and scientific spinoffs from turning fusion into the economy’s power source will result in huge leaps in productivity and new technologies and inventions. Fusion will also open many of the mysteries of the universe to our further discoveries, explorations, and solutions.

The simple fact that fusion power frees economies from oligarchic control mechanisms is the rub, here, of course. In response, the oligarchs of the modern British Empire have run a continuous campaign to confine fusion’s development to the classified world of maintaining America’s hydrogen bombs.  They obviously scorn God’s command to the prophet Isaiah to beat those swords into plowshares. That command, to beat swords into plowshares, was the heart of President Eisenhower’s Atoms for Peace program.

The oligarchy’s chief tool, for decades, has been environmental extremism. The World Economic Forum/Biden Administration climate-apocalypse cult is only the latest iteration of this effort. The oligarchs used environmentalism embodied in the Nuclear Regulatory Commission (NRC) and its regulatory regime, along with the orchestrated hysteria around the incident at Three Mile Island, to kill nuclear power. At the same time, they dismantled the industrial capacity of the nation and shipped it abroad.  A dead economy requires very little electricity.

Take, for example, the Magnetic Fusion Energy Engineering Act of 1980. Passed by the Congress and signed into law by President Carter after a vigorous campaign by the Fusion Energy Foundation, it called for a crash program for fusion development embracing both the government and the private sector. Funding for its implementation was sabotaged repeatedly by Washington’s administrative state, beginning a years’ long process of starving the funding for fusion, attacks on the viability of the concept itself, and attacks on key scientists involved in its implementation.  John Nuckolls, the genius and father of the National Ignition Facility (NIF) at Lawrence Livermore and the concepts behind the December 5th ignition, was run out of Lawrence Livermore for undocumented “management deficiencies” by the then President of the University of California, who had no science background whatsoever. Nuckolls was a member of the Fusion Energy Foundation (FEF).

The FEF’s Fusion magazine had 200,000 subscribers at its peak, and was the second most circulated scientific publication in the nation (only topped by Scientific American). But the FEF also suffered relentless attacks. You can read about the FEF’s remarkable accomplishments here.  Wall Street itself entered the fray directly soon after the FEF’s founding. The “Nuclear Club of Wall Street” launched a campaign of slanders against the FEF while moving institutionally to choke off funding for nuclear projects generally.

In 1987, in conjunction with its prosecution of Lyndon LaRouche, the Department of Justice instituted an unprecedented involuntary bankruptcy proceeding against the FEF which ended its formal existence. The IRS had previously failed in attempting to revoke its tax-exempt status. The bankruptcy was subsequently ruled illegal and a “constructive fraud upon the court,” but the damage had been done.

The Satanic idiot Barack Obama, even imagined he could proclaim the death of this profound scientific endeavor when he announced, in a Fairfax, Virginia campaign event that, “We wouldn’t need to invent some fancy fusion power” with his Green climate agenda. Obama’s budgets attempted to cut Fusion out of existence.  The program was only saved by fusion stalwarts in Congress led by Zoe Lofgren (D.Ca).

Thankfully, President Trump reversed this descent into a new Dark Age. As Brian Lantz reports, President Trump’s Energy Department produced a strategic plan aimed at creating an operating U.S.-based fusion power plant by 2040.  Similarly, under President Trump, the National Academies of Science, Engineering, and Medicine were assigned to produce their report, “Bringing Fusion to the Grid” which laid out a timeline for building a multibillion-dollar fusion energy plant, as well as a strategy for developing its design beginning in 2035. President Trump, of course, also started America’s race to colonize the Moon and Mars in his Artemis Program after Obama killed NASA’s manned space program.

Now, despite the forces deployed against it for all these years, fusion power is within our grasp. Science persevered. A grand idea’s time has finally come. It is up to us, now, to deliver through the wide doors which were opened to us on December 5th, 2022, by a team of young scientists standing on the shoulders of all who came before them.  It is an inspiring victory from which many more must now rapidly come.