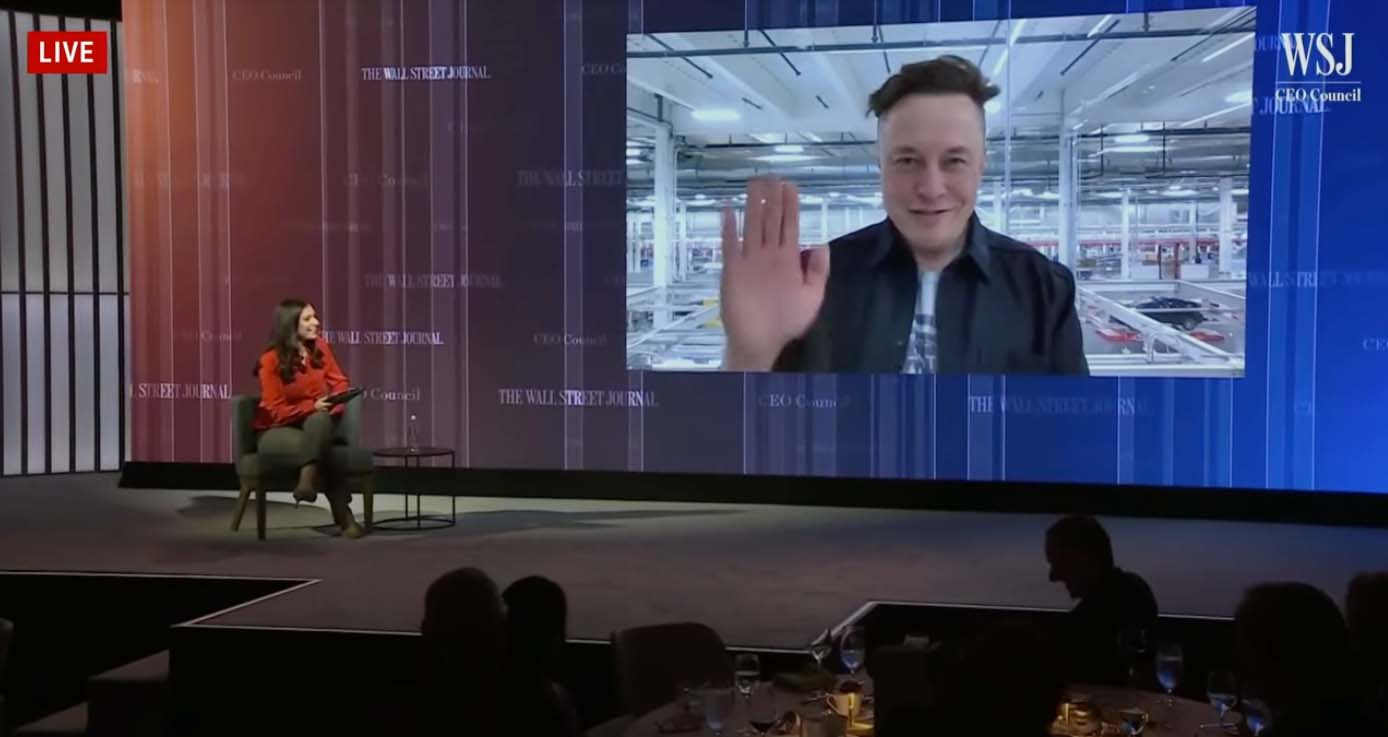 On December 7, 2021 Elon Musk, speaking from Austin, Texas to a Wall Street Journal grouping of company CEOs, issued a challenge to company leaders, and to Americans generally, to join him in breaking free of the imperial thought police, the business school views of a static society, and the pessimism of those who are now promoting both left-wing and right-wing versions of bureaucratic fascism.

For those Americans who are now deciding to stand as candidates for public office, or for the much larger number of citizens who are actively engaged in a variety of ways to defend the Republic in this time of crisis, LaRouche PAC urges you to listen to what Musk has to say and to think very carefully about the implication of his words.

If one looks at three individuals—Lyndon LaRouche, Donald Trump and Elon Musk—one might ask, “What do they have in common?”  They seem to be from different extremes of an artificial political spectrum;  yet, in one all-important respect they share a common pursuit.  Each one of them is future oriented, and each has fought to free American culture from the pessimism that has been imposed on us in recent decades by the British imperial zero-growth financial/political system.  In fact, Musk, LaRouche and Trump have all fought tenaciously for a key specific mission,—to return America to space;  to return to the Moon and to initiate Mars colonization;  to open up new vistas for mankind’s future.

Such positive thinking is now not only urgently required, it also “stretches the mind” to think outside the media-controlled political debate, to rise above the level of the 24-hour news cycle and the chatter of the “talking heads” on cable TV news. The job of a Republic’s citizenry is not simply to resist tyranny but to create a better future. This means bold outside-the-box thinking.

Musk’s December 7 talk is 36 minutes long, and we encourage you to watch the entire dialogue here:

In short, what Musk presents is exactly 180 degrees opposite to the synthetic pessimism now being pushed on our children in schools, and spewed out every day by the news media and the current puppet-show Biden administration.  We highlight here just one answer to a question about his intention to build a humanoid robot:

It [the robot] has the potential to be a generalized substitute for human labor–over time.  And the foundation of the economy is labor.  Capital equipment is essentially distilled labor.  So, I was talking to a friend of mine actually to say just–like what should we optimize for?  And what he said was gross profit per employee–fully considered–so you’ve got to include the supply chain in that.  The fundamental constraint is labor.  There are not enough people.  I can’t emphasize this enough: there are NOT enough people.  And I think one of the biggest risks to civilization is the low birth rate, and the rapidly declining birth rate.  And yet so many people–including smart people–think that there are too many people in the world, and think that the population is growing out of control.  It’s completely the opposite.  Please look at the numbers.  If people don’t have more children, civilization is going to crumble.  Mark my words!

The world needs more people!  To many who have been infected by the pessimism of our current culture, this is an almost heretical statement, but Lyndon LaRouche and LaRouche PAC have long hammered on this point.  Thus, all national economic policy must be organized around encouraging rapid investment into more and more productive capital equipment to enable rapid increases in the productivity of the worker.  This allows for an increase in the worker’s remuneration sufficient to maintain a growing household of children.  And it is the development of the creative potentials of these new generations of children upon which the future is built.

If one looks at the lives of Abraham Lincoln, Thomas Edison, Albert Einstein, the Wright Brothers, Douglas MacArthur and many, many others, the critical role of family life in the moral and intellectual development of the child becomes irrefutably clear.  It is in the family setting that the child develops his first connection to the continuum of life.  That connection will be later expanded to a connection to the historical development of the locality, the nation, and humanity as a whole.  A prosperous and secure home is the basis for developing trust, integrity and great character.

To achieve this goal, what will be required is a return to the “one wage-earner household” of the post-WW II era, in which one parent is always home with the children to oversee and stimulate their development.  This is critically important for the child, especially in the earliest years of life.  It will not be possible to accomplish this overnight, but it is the direction which all future economic policy decisions must aim to make possible.

Economically forcing full employment of all adults,—including both wives and husbands— while leaving children to be raised by satanic television, video games, or other digital mind-manipulation machines, is destructive beyond belief.  Similarly, having our children effectively being reared as wards of the state in politically poisoned state-sponsored schools and other institutions is an invitation to the creation of troubled and dangerous children instead of future productive citizens.  We really do need more young people, who will, like LaRouche, Trump or Musk, prove the conventional wisdom incorrect, and move civilization forward in ways now thought impossible.  The family is the foundation where this can be nurtured.

What will you do to contribute to making the nation safe and encouraging for children?  You probably already have some ideas on this subject and may already be acting upon them.  We insist that LaRouche’s economic program as a whole must be implemented to create general prosperity.  In particular, wild speculation on housing and other forms of predatory speculation must be taxed out of existence, and family formation must be encouraged in every way.  Young people must not be forced to choose between attempting to raise families in poverty, or else putting their full efforts into personal careers to the exclusion of raising children.

We need candidates for public office who will fight for this perspective.  Spread these ideas to every nook and cranny of society.