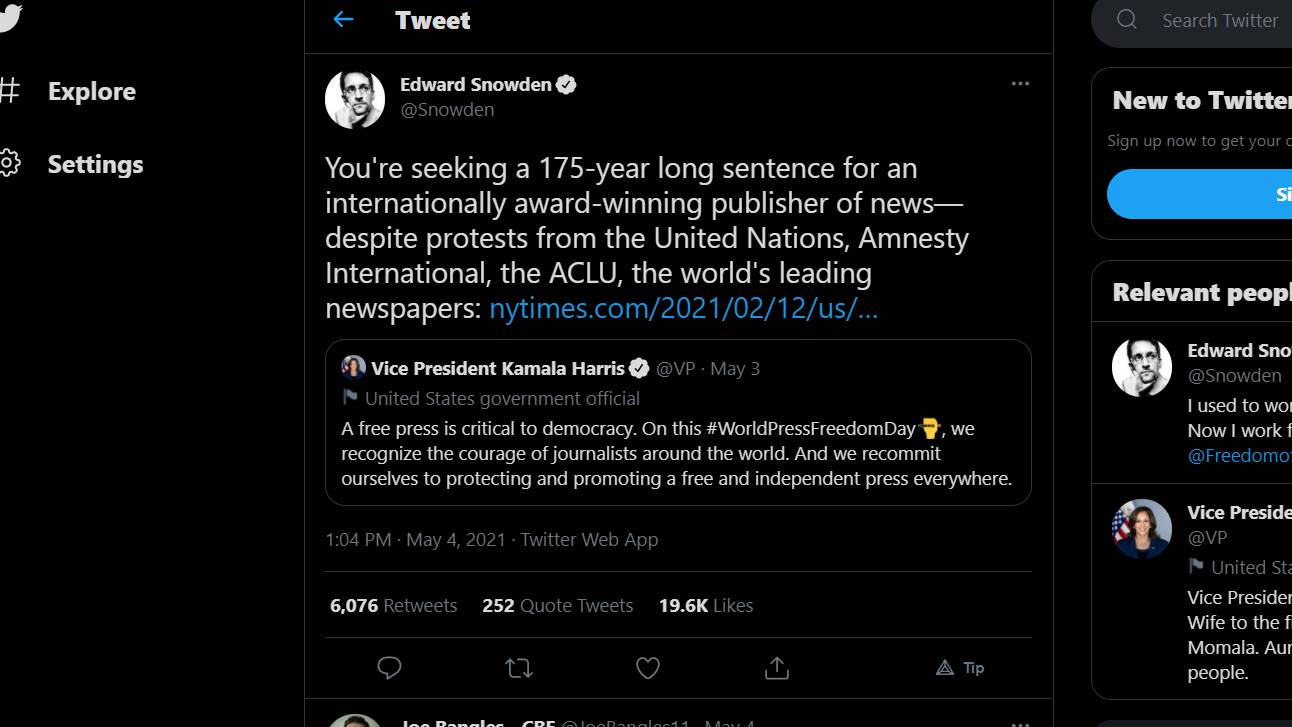 Vice-President Harris issued her perfunctory tweet celebrating “World Press Freedom Day” on Monday and was promptly confronted by Edward Snowden. Here is the exchange in which Snowden exposes the pretender VP’s charlantry with respect to Julian Assange: 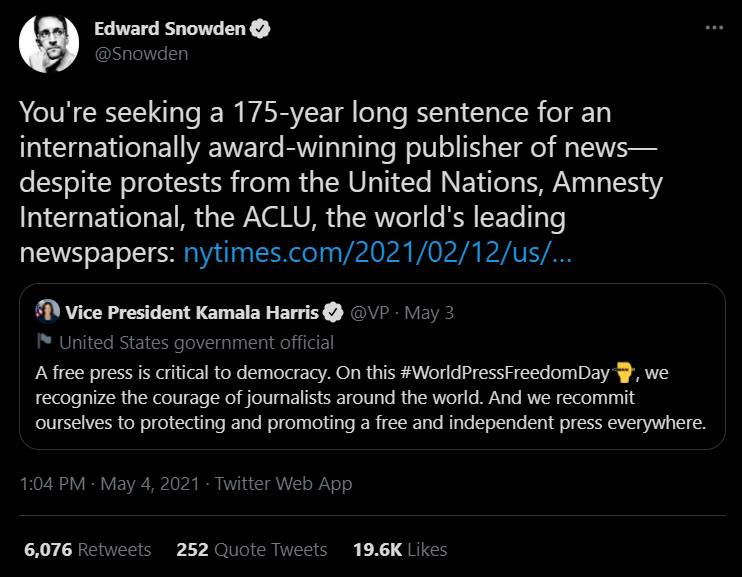 Otherwise, the Intercept, the very outlet which first published Snowden’s revelations about mass surveillance and manipulation of the American people, is now working for the FBI to target Trump supporters and, of course, not being the government, it is able to do so without Constitutional constraints. 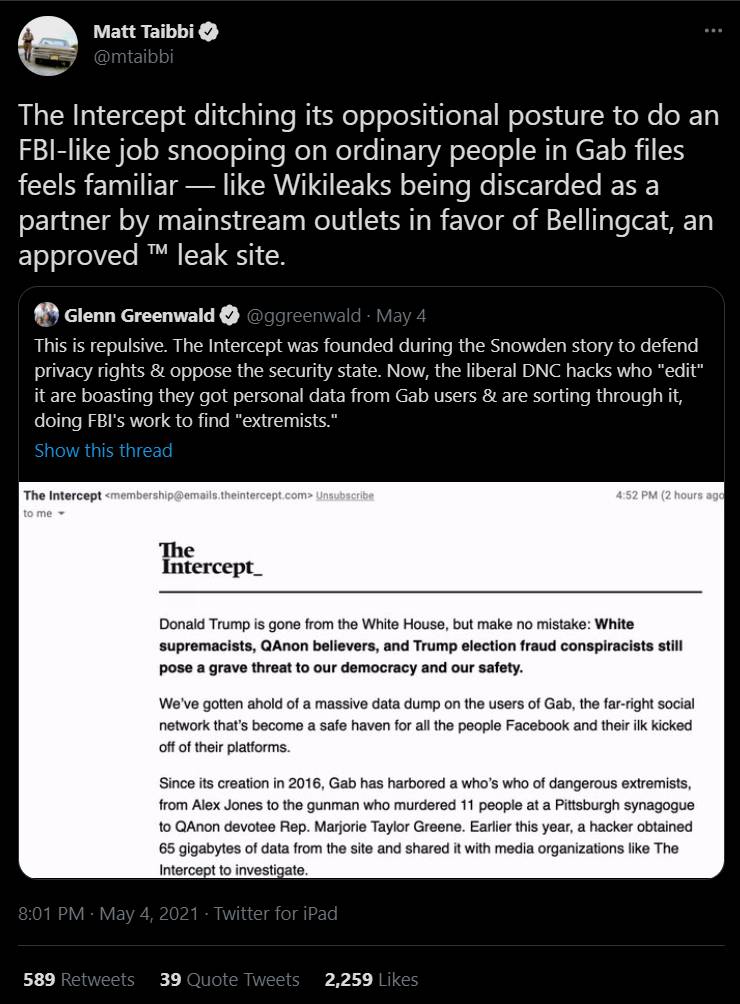 Oh, and did we mention that Facebook’s Advisory Board, a bunch of censorship hacks and fascists who are being treated like some kind of ideal Supreme Court in the media’s narrative machine, followed this up on Wednesday by retaining their ban on President Donald Trump because he told the truth about a stolen election. In doing so, the President of the United States apparently upset Mark Zuckerberg who spent millions securing the election for the Avatars, Joe Biden and Kamala Harris through direct contributions to local election officials.

This won’t stand. Biden and Harris are clowns. Millions are realizing this and beginning to fight. By this time next year, let’s actually celebrate the defeat of the oligarchs, the British and Davos imperial crowd, the rebirth of the First Amendment, and along with it, the recapture of the United States