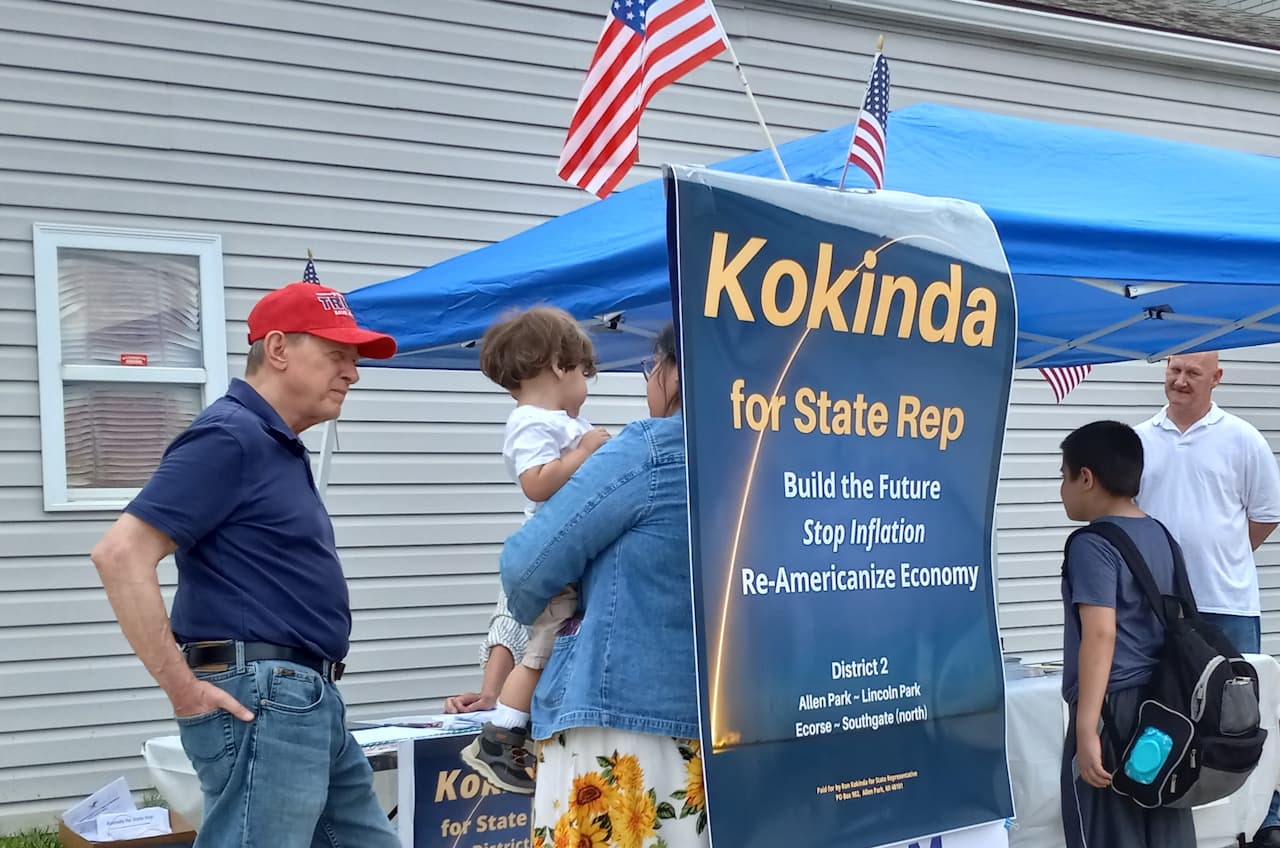 The economic crisis that is engulfing the nation is accelerating the political realignment that became apparent with Donald Trump’s election as President in 2016. This trend is starkly evident in downriver Detroit, an area that is working class, heavily union, and hasn’t voted Republican in the down-ballot races for about 90 years.

I took my campaign for State Representative in the Republican primary to the Memorial Day parade in Lincoln Park, a poor city and one of two in the area with the highest overdose death rates in the nation. Ironically titled the John Dingell Memorial Day parade, after the Democrat family dynasty that has held the U.S. House seat in the area for 90 years, my campaign as an America First candidate, organizing to abolish the Federal Reserve and return to National Banking, found a strong resonance. The economic crisis is paramount in peoples’ lives.

Many commented how hard it is to buy food and gas, let alone pay rent or a mortgage, in the same week. One woman with a two-year-old commented on how thankful she is that her child is past the baby formula stage and doesn’t have to burn $5-a-gallon gas to hunt down a supply. Three hundred of the participants took literature and 50 signed up to stay in touch.

On a walking tour in the district, many citizens were aware that rolling blackouts are forecast for the summer. One response was typical: “Yet they’re telling us to buy electric vehicles. How are people going to get to work?” That is, as others pointed out, if you can afford to invest a couple thousand dollars for your home charging station. One citizen from another city in the district said that infrastructure costs are also rising, that her water bill has nearly doubled over the past couple of years. Yet infrastructure has not improved. The current governor, who won on a promise to “fix the damn roads,” has fixed nothing.

The potential for a political transformation is palpable. One Republican candidate for statewide office commented to me, “If you can take this district, it will be a revolution.”

That revolution will take the shape of transforming the Republican Party into the party of Abraham Lincoln, a party representing producers and the working men and women of America—as LaRouchePAC and Donald Trump have called for.

Whether it is the “old guard” of the establishment Republican party, represented by Wall Street, Big Tech, Big Pharma, and the rest of the globalist cabal, or the loony tunes of the Democratic Party taking a wrecking ball to the economy and trying to blame it on Vladimir Putin, while peddling radical ideologies, blue collar voters aren’t buying it.

The physical reality of price inflation, food and commodity shortages, supply chain breakdowns, and sky-high energy prices is blasting people out of their localism. When confronted with the necessity to take on the big fight—to abolish the Fed and rebuild our productive economy with a National Bank—I’m finding that people now understand that the crisis is systemic and that half-way or local measures will not work.

Our Founding Fathers and the patriots who won the American Revolution were the “Latin Farmers;” men who worked the land for their livelihood, who were highly educated, and capable of helping to create our Republic. Today we are seeing echoes of that phenomenon, citizens who if not yet truly “Latin farmers,” are committed to quickly educating themselves as part of a national movement to be able to run the nation and the economy.