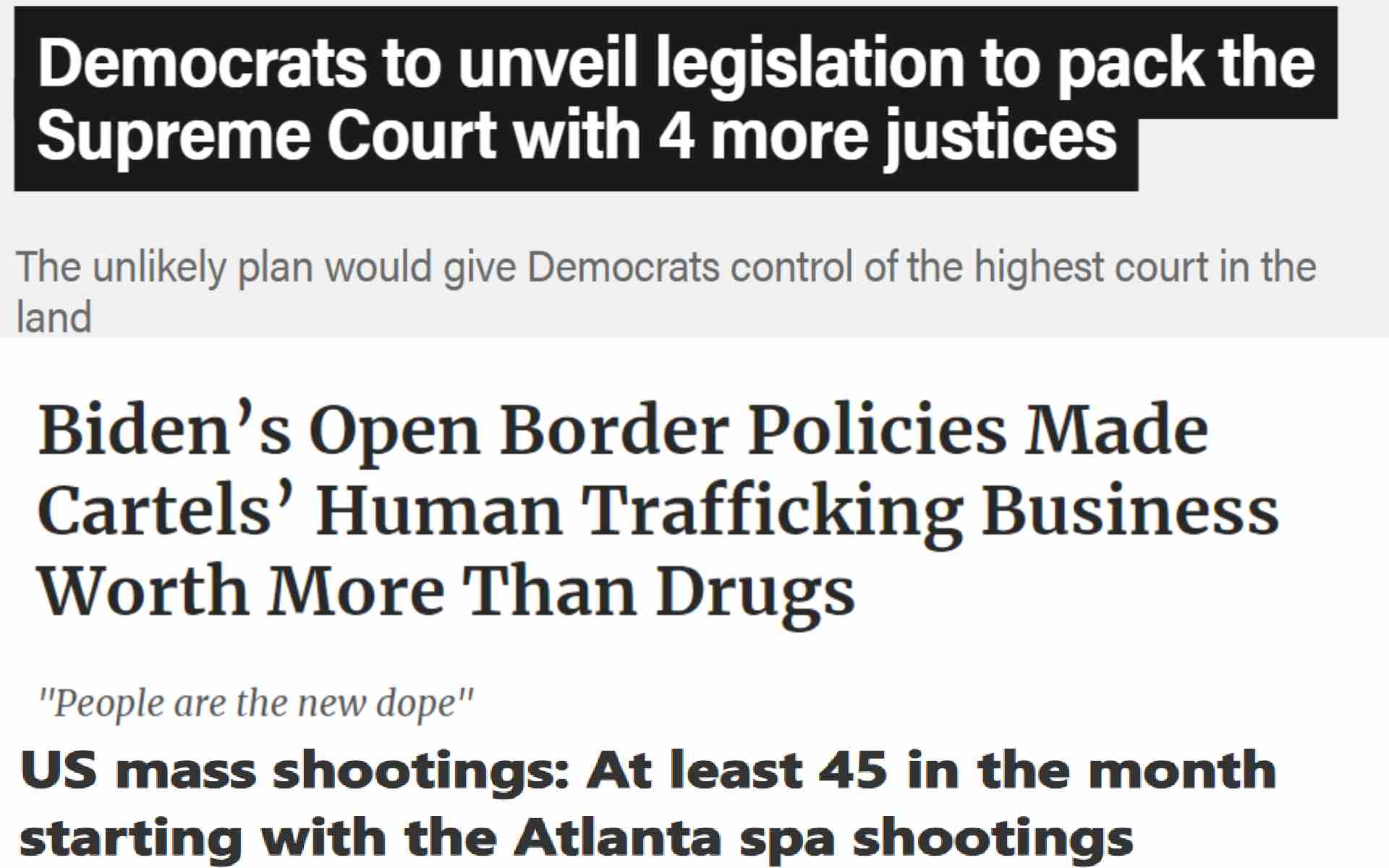 The mass media news headlines hitting you every day are, by design, inflammatory and kinetic, aimed at what they call in the information warfare game, “cognitive overload.” “Dems Move to Pack Supreme Court,” “Corporations Join Hands Against Ballot Security, Cancel Those Supporting It,” “City Manager Fired for Saying There Should Be Due Process,” “People, Drugs, and COVID Pouring Over Biden’s Open Border,” “Riots in Minneapolis and Portland Continue,” “Multiple Mass Shooting Incidents in Several Cities at Once.” All of this thrown rapidly into motion within extremely short time periods.

Which of these should you respond to? Can you do anything about them at all? What is happening here? Have we entered some sort of twilight zone of the damned? If you allow yourself to be tossed in this way you can become very confused and impotent. And that is the intent. Like Dorothy in the Wizard of Oz, it's well past time all of us pull back the curtain and look at the sad spent old men and women cranking out peans to their illusory power and schemes. That is what Donald Trump began to do and that is why they came after him.

Seventy Five to Eighty million people voted for Donald Trump and rejected all of the lies the best of the would be magicians could manufacture. That has thrown the oligarchy, which runs things, the used up old men and women of Wall Street, the City of London, Davos, and Geneva and the accompanying royal fondi and retainers, into a desperate dead panic. They have to confuse and immobilize those voters. Despite their weakness they are moving now to consolidate power in the United States before everyone recognizes just how weak and impotent they actually are.

Their economic system, put in place in 1971, is on the verge of collapsing and Mussolini’s plagiarizers, Joe Biden and friends, can only bail it out by robbing and mentally neutering you—selling the country on the idea that climate change requires massive redirection of credit into projects and causes which will feed the oligarchs’ riches, providing placating handouts to the masses so they don’t revolt, while culling and killing future populations down to a “manageable” size.

Our Constitution provides the key to victory. If we mobilize on the state and federal level to defeat the Biden pogrom –going after Silicon Valley and the mainstream media, going after Green energy programs and energy deregulation, going after off-shoring companies and those here who abuse the H1 visa program, abusing immigrants and American citizens at the same time; if we go after critical race theory in the schools, substituting a steady diet of the classics and science instead –if we prevent the nationalization of elections and put in place ballot security measures to prevent fraud—and similar measures, if we use state resources and state to state cooperation to shut down the flow of drugs, the impotent wizards will go down to defeat. Many state attorney generals and state legislatures have begun this process. And, if we follow President Trump’s call for national boycotts on any corporation endorsing vote fraud and woke culture, they will start to pull back, as many of the initial woke companies mobilized against Georgia are now doing based on popular outrage.

Next, we have to envision our future 50 years hence by dismantling their economy, returning to the American System of our founders and Lincoln and Roosevelt. Advanced nuclear power should be powering our economic revival. Fusion power can do so for the entire planet. Credit should be directed to building the modern industrial superpower Donald Trump demanded, large scale infrastructure to now tame the western drought, provide a modern transportation grid, while we fix our gaze on a national mission of populating and exploring near space, from which we will make the discoveries to transform our entire economy here on earth.

Turn off the daily outrage machine. Focus. We have a lot of work to do. Our time has come; their time should have ended when Donald Trump pulled the curtain back and everyone saw them. Do you expect them to broadcast their defeat? It’s our job to make it happen.