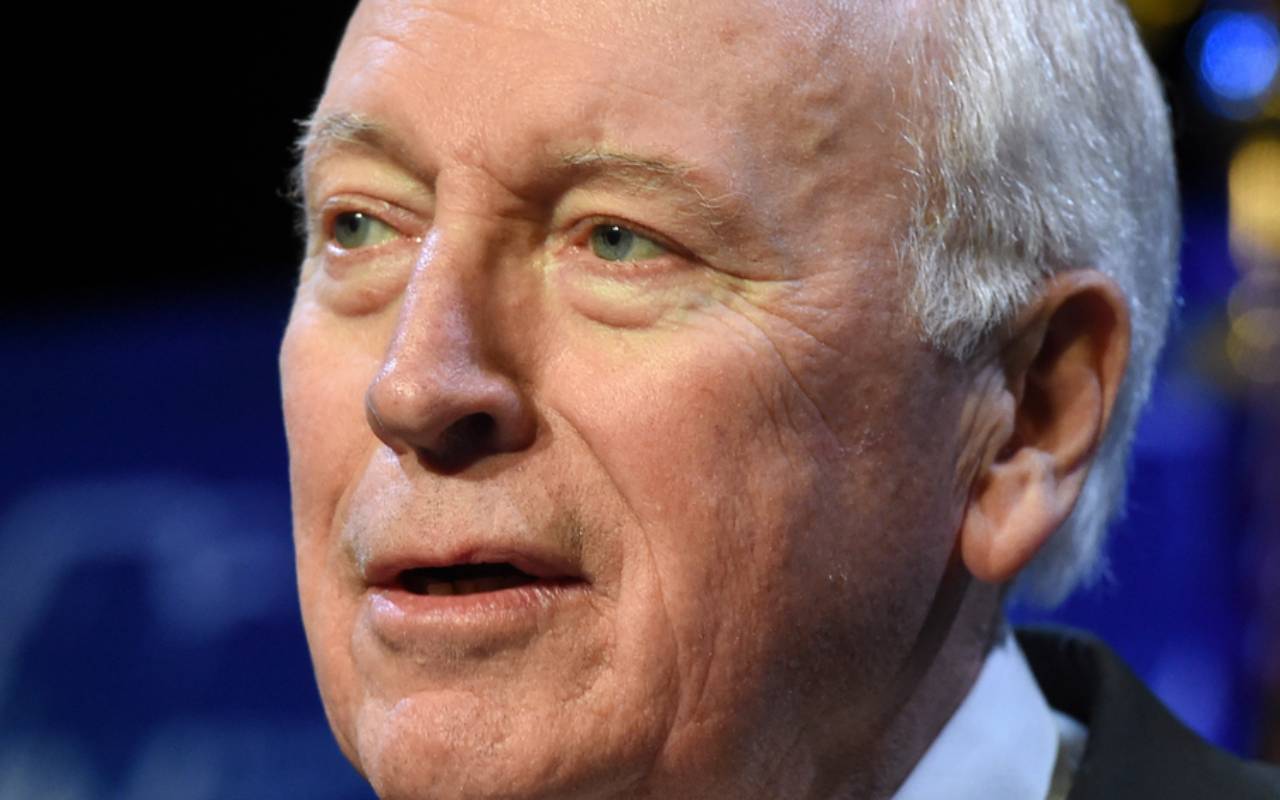 Beginning in 2002, Lyndon LaRouche conducted a relentless campaign, using his 2004 Democratic Presidential campaign as the vehicle, to expose Dick Cheney and the neo-cons in the Republican Party from which he sprang as, literally, modern-day Children of Satan.

Dubbed by LaRouche, “The Beast-Man,” LaRouche located Cheney’s progeny in the synarchist formations of World War II Europe. The synarchists, which has both Nazi and Communist elements, were centered in France’s Banque Worms grouping abetted by the joint ventures of Britain’s Montagu Norman and Germany’s Hjalmar Schact, and the Harriman and Morgan interests in the United States including, most notably, George W. Bush’s granddad, Prescott Bush. They were studied, accurately depicted, and attacked back when the United States had a competent intelligence service, during the Franklin Roosevelt Administration.

The synarchists were operating to bring about a bankers’ dictatorship of world government, using Hitler and Mussolini as modern-day beast-men—terrorists, in the image of Joseph De Maistre, Donoso Cortes, and Napoleon Bonaparte. The effort to establish a globalist bankers’ dictatorship modeled on the Roman Empire continues today—that’s what the Build Back Better program adopted by Joe Biden and the effort to starve credit for anything other than primitive fuels is all about.

Leo Strauss was the preferred philosopher of many in the neo-conservative cult. Strauss, a protégé of Nazi Crown Jurist Carl Schmitt, emigrated to this country after Schmitt arranged a fellowship for him with the Rockefeller Foundation. As Schmitt succinctly put it, “If man were not evil, then, my ideas would be evil.” Being evil, men define themselves through foes, or enemies. Schmitt used Article 48, an emergency powers decree written into the Weimar Constitution, to legitimize Hitler’s seizure of power after the burning of the Reichstag, an event which many believe to have been perpetrated by the Nazis themselves.

Cheney, Paul Wolfowitz, Donald Rumsfeld, et al., and their co-conspirator, Britain’s Tony Blair, used the shock of the September 11, 2001 attacks on the United States to fundamentally change this country. Using the “noble lie” that Saddam Hussein possessed weapons of mass destruction, they launched the war in Iraq as part of an overall plan to completely reshape the Middle East. The plan, first floated in the 1990s by neo-conservatives and dubbed “clean break,” called for the U.S. military to overthrow every sovereign government in the area, other than that of Israel, beginning with Iraq, continuing with Syria, Iran, etc. Its final realization occurred under Barack Obama with the so-called Arab Spring, engineered ignobly by Britain and the United States. Among other insanities, Cheney and friends were open advocates of preemptive nuclear war.

LaRouche PAC released and massively circulated three pamphlets in sequence internationally exposing Cheney and the neo-con cabal. They are published as a book which you can read and download here.

It is a needed weapon for you to use. It made Cheney, appropriately, such an international pariah that by the time of the 2004 Vice-Presidential debate every comedian worth his salt was gleefully riffing on the beast-man theme. Jon Stewart’s memorable take was typical.

So, on January 6, 2022, while constantly murmuring that “we must preserve the narrative,” namely, the “noble lie” that the January 6 riot was an insurrection, Nancy Pelosi invited none other than beast-man Dick Cheney into the people’s house to be slobbered over by her Democratic colleagues. The mainstream media followed suit. This is the only true link between January 6, 2021 and September 11, 2001, regardless of the hyperbolic claims by our current stoner Vice-President.

The ironies here are just too rich. Here is a party and an administration which states that it has declared “war on authoritarians” in order to “preserve democracy.” But, as the insightful journalist Matt Taibbi points out: “We’re living through a period where an unpleasantly likely outcome for the ordinary American is the invocation of emergency powers to eliminate basic rights. From which side is that threat most likely to come? The pattern during Trump’s presidency was hyping the Russian menace to justify increased surveillance and censorship. Russia has since been switched out in favor of two new emergency bugbears. The first is the rise of ‘domestic terrorism,’ and if you don’t think Cheney-style democracy-canceling is on the minds of officials heading into the next presidential election, you haven’t been reading the growing pile of articles quoting military types advertising their preparations for counter-coup in 2024.

“The second emergency of course is the pandemic, which ought to have been exhibit A in Trump’s disinterest in being a dictator—he could have legally invoked all sorts of powers and did not. Instead, it’s become part of a widening propaganda campaign designed to enlist the wine-cave MSNBC set behind full-blown Big Brother governance.... Where have we seen this style of intentional line-blurring to justify the expansion of executive authority before? From Cheney, who took emergency politics to places even a sober Joe McCarthy could never have dreamed of. On the pretense that new powers were needed to combat the sweeping global threat whose existence 9/11 supposedly proved, Cheney institutionalized executive assassination, torture, mass surveillance, secret prisons, secret budgeting, and the wholesale elimination of congressional oversight over most of his program, turning the world into what one Pentagon adviser who talked to Seymour Hersh back in the day called a ‘global free-fire zone.’…

“Dick Cheney built a government inside a government that simply did not recognize the authority of the other branches. It’s no accident this person is now receiving a ‘warm welcome’ from Democrats because that party has for years now been openly worshipful of his secret-hammer model of executive rule, which expanded to a conspicuous degree after he left office.” You can read Taibbi’s full piece here.

Lost in Nancy Pelosi’s “narrative”—also known as “noble lies”—is what Donald Trump actually said on January 6, 2021, which drove Washington’s uni-party so nuts that it launched a second impeachment proceeding against him, knowing it would not culminate until after he left office. The President went after the corrupt Republican Senate and Mitch McConnell. But he singled out the war criminal at the center of the Republican Party for years, Dick Cheney, along with his daughter Liz, for special condemnation. Donald Trump, Jr. said that the rally itself “should be a message to all the Republicans who have not been willing to actually fight. The people who did nothing to stop the steal.... This gathering should send a message to them: This isn’t their Republican Party anymore! This is Donald Trump’s Republican Party!”

In his recent interview with Glenn Beck, President Trump said that he would have to conduct a wholesale housecleaning of every federal agency because of their corruption if elected again in 2024. That housecleaning must begin by electing a Congress that will begin the investigations of war crimes and outright treason which began with Bush, continued with Obama, and resulted in the coup by Dick Cheney’s national security state against the 45th president of the United States. Anyone associated with the war party in the Senate and the House, the children of the beast-man, must be repudiated by the people in 2022 and replaced by people with the guts and knowledge to return this Republic to its constitutional moorings. It is now that citizens must stop reacting and instead think big, preparing themselves to govern our nation as our founders imagined we would do. At the same time, ridicule, caricature, and satire concerning our would-be beast-men must become endemic. Nothing less will allow us to emerge from our present peril.

It's long past time to bring down this criminal apparatus and reclaim our Republic.

Please help with a contribution.