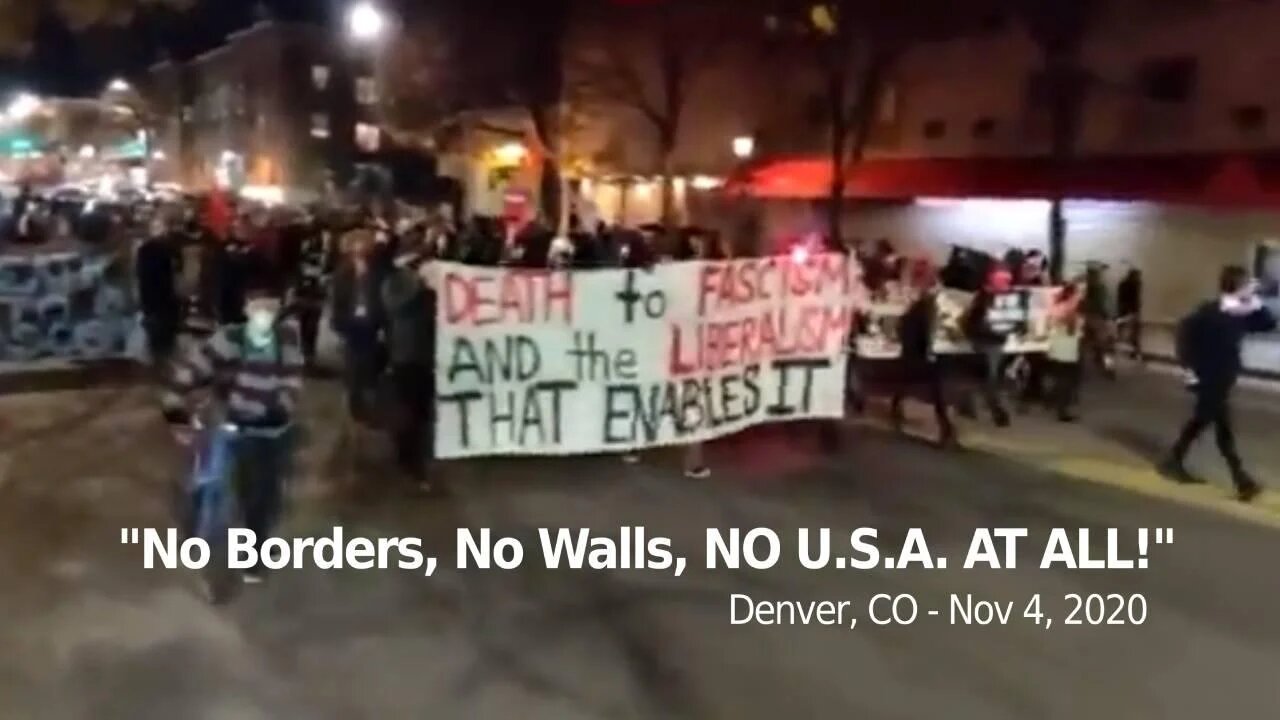 The past 24 hours should have demonstrated that we are in the final stage of a color revolution conducted by U.S. intelligence components and the Democrat Party, working for British, European, and newly minted American oligarchs from Wall Street and Silicon Valley, whose aim is to remove Donald Trump as President of the United States and install an easily manipulable and senile Joe Biden, along with Kamala Harris, in what will be a government of technocrats and experts run by these oligarchs and their central bankers.

It is a fascist revolution modeled on the ascension of Adolf Hitler to power in Germany under “emergency conditions.” Hitler’s agents set fire to the German parliament, blaming it on the Communists and requiring rule by decree. In our current case, it is the COVID pandemic emergency, which has been massively politicized and weaponized, to create the pretext for massive vote fraud through mail-in and absentee ballots. The hoax here is that in person voting is at all dangerous.

Their aim is to impose top-down control on the world’s finances and institute a Green Revolution austerity regime for the planet, designed to ensure their continued power amid the financial collapse triggered by COVID. They have dubbed this exercise “reimagining” the world after COVID, according to the formulation used by New York Governor Andrew Cuomo.

The next few days are critical, not so much for the fake “developments” the news media and the Democrats will attempt to foist upon the population about Joe Biden’s irreversible march to victory, but for coldly identifying who is involved and getting out to the population one essential fact: Donald J. Trump won the election and they are now attempting to steal it. He did it by mobilizing unprecedented numbers of black men and women, Hispanics, LGBT individuals, and white women—the very people targeted for the manufactured lie that Donald Trump is a misogynist racist devil.

The President is fighting now to expose and overturn the vote fraud operation undertaken by the Democrats in major cities. Whether he succeeds will depend upon the political organizing skills of his supporters.

The Trump legal team is challenging the vote fraud in various forms in Michigan, Wisconsin, Pennsylvania, Georgia, Arizona, and Nevada. Many of the challenges involve getting access to the ongoing vote counts. Trump poll watchers have been barred from any real ability to monitor the count in many states. This is the result of the machinations of the Georgetown Institute for Constitutional Advocacy and Protection (ICAP).

Mary McCord, now of ICAP but fresh from setting up Lt. General Michael Flynn while serving as an Obama holdover in the Justice Department, partnered with Facebook and Twitter censors and the Anti-Defamation League of B’nai B’rith in an ICAP project which flooded key battleground state district attorneys and election officials with the lie that Donald Trump’s supporters would stage armed interventions in the voting process on election day. This propaganda has served as the cover for freezing poll watchers out of the polls, contrary to most state laws.

The campaign is also challenging the illegal and unconstitutional court rewrites of extant state election laws which changed the rules for counting votes, including deadlines for ballot receipt and whether signatures have to match for valid ballots. This is the job of the legislature, not the courts. The campaign is also challenging numerous irregularities already discovered in the late evening of November 3, including vote dumps favoring Joe Biden. In Michigan, for example, a late-night dump recorded 138,339 votes for Biden and zero votes for Trump, a statistical impossibility. There is an emerging national pattern of Trump voters appearing at the polls and not being allowed to vote because someone claiming their identity had already voted.

The exact pattern of a seeming overwhelming Trump election night victory, followed by a Biden surge winning the Presidency, was profiled as part of the operation setting up this very result and preparing the public to accept its occurrence. The firm involved named this pre-scripted result the “red mirage.” That firm is Hawkfish, founded and funded by Michael Bloomberg to profile voters in battleground states.

The extended Biden plan to seize the Presidency was outlined in a tabletop exercise at the Transition Integrity Project, also at Georgetown and chaired by lawyer Rosa Brooks, formerly counsel to George Soros’s Open Society apparatus. Nils Gilman, of the French oligarchy’s Extinction Rebellion Berggruen Institute, is also involved in TIP, along with a nest of Never Trump Republicans and Democrat vote fraud operatives including Bob Bauer, Marc Elias, and Norman Eisen. Bauer and Elias, through their connections with the Perkins Coie law firm, have been deeply implicated in the seditious coup against Trump from the beginning. Eisen has played the same role at the Brookings Institute’s Protect the Vote project and as counsel to the bogus House impeachment proceedings.

While the President’s lawyers undertake the legal battles, the most important front in this war is political. The President’s supporters must quickly get this message to anyone sucked in by the repetitious psywar message being played by the media and the Biden campaign. That psywar trope is: The election is over, the outcome is inevitable and irreversible, you are crazy for fighting us.

The President’s supporters should take to the streets in massive car parades and rallies and shows of support, avoiding Washington, D.C. for the moment. These rallies are already happening in several states and videos of these peaceful demonstrations, growing in size every day, should be circulated nationally. Patriots should also contact their U.S. Representatives and Senators insisting that the spy operation and overt insurrection, which has been ongoing against Donald Trump ever since he declared his campaign and then assumed the Presidency, be investigated and prosecuted lest that member of Congress become unelected in 2022. Like the vote, these contacts must occur in massive numbers to overcome the millions of dollars which have already been spent to control your U.S. Representative or Senator.

To Defeat a Color Revolution: Put a Floodlight on It

The first step in a successful coup d’état is to seize the media in one form or another and deny any information, other than narratives you control to drive popular behavior. This has already occurred here.

All of the mainstream media, including Fox, colluded on a vote suppression operation and potential vote fraud operation, using rigged and fake polls. The aim was to suppress the Trump vote by convincing the President’s supporters that voting was meaningless because Biden was so far ahead. The aim was also to use the polls and equally fake exit polls to justify, in the public mind, massive vote fraud if the President began to win the election. When bizarre late-night changes in the vote occurred in Biden’s favor, such as those which occurred in the late evening of November 3, the former polling and exit poll operations drummed into your brain, were intended to arrest and confound your analysis. Isn’t this just the Biden vote catching up to what it was predicted to be? That was the idea that was supposed to spring to mind.

Facebook and Twitter have de-platformed many of the President’s supporters in recent weeks and are now regularly warning that the President of the United States’ tweets and his campaign’s media releases are disinformation. A completely successful censorship operation, involving social and mainstream media, effectively barred the huge story concerning Joe Biden’s personal corruption, through influence peddling operations in Russia, China, Ukraine, and Kyrgyzstan, from significant public circulation.

To defeat this aspect of the coup, the extensive extant network of blogs, Facebook pages and networks, websites, and podcasts supporting the President must receive daily briefings and must circulate them, coordinating their actions.

The other main instrument in a color revolution consists of the synthetic demonstrations occurring in the streets. The people associated with the accounts of Millennial Millie have done an enormous public service by circulating the recent zoom calls involving ShutDownDC, Black Lives Matter, the Sunrise movement, and various Washington, D.C. public and federal officials planning the violent riots in Washington that are set to go off if the President reverses the fraud. In these zoom calls, they brag about being an official part of the Democrat Party. You will get a really good idea of how color revolution synthetic riots are coordinated by watching this video which is now in the hands of the Justice Department and other federal authorities.

Among those shown coordinating the street actions is Maria Stephan, a veteran of such activity on behalf of the CIA’s color revolutions internationally, including the neo-Nazi “Revolution of Dignity” conducted with Joe Biden’s help in Ukraine.