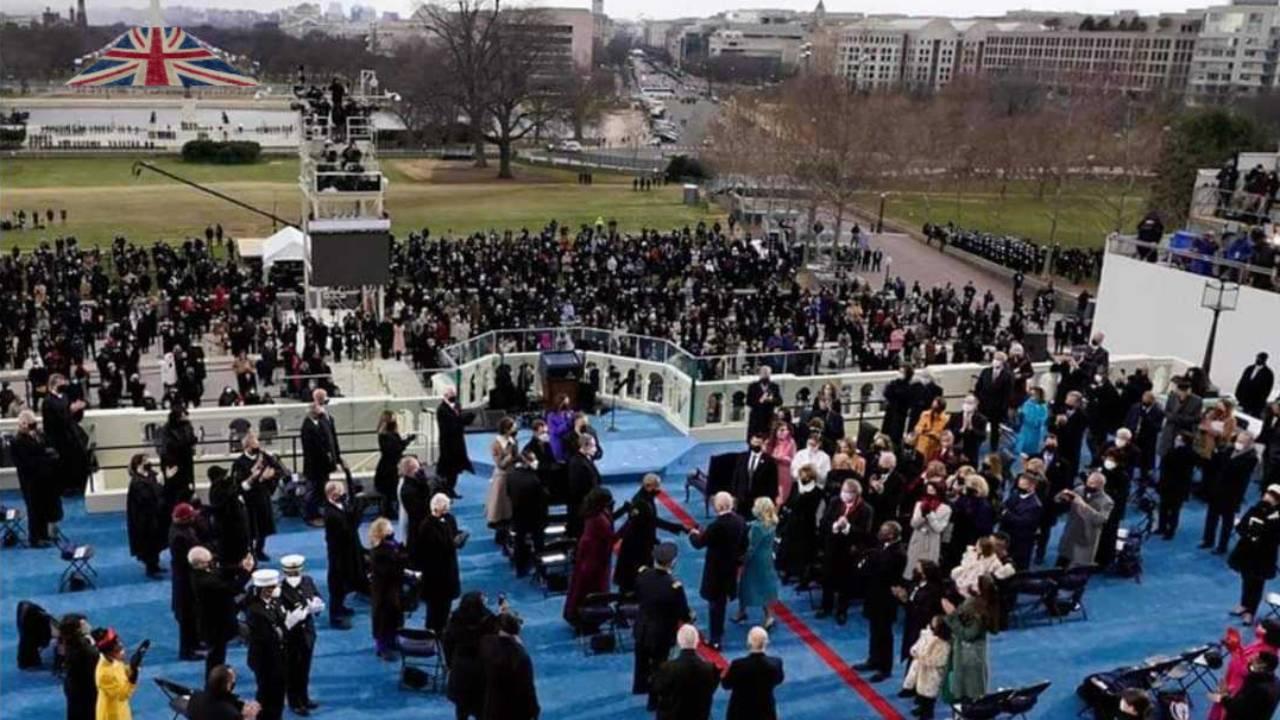 How much of the ballyhooed declassification of the remaining Russiagate FBI documents by President Trump in the last days of his presidency will see the light of day is an open question. So far, journalist John Solomon appears to have some documents, but not the entire set, and the FBI objected strenuously and slow-walked the binder which the President, acting under his Constitutional authority, declassified for release to the general public.

What has been emphasized, yet again, in the declassified September 2017 interview of British agent Christopher Steele by the FBI, is that British intelligence interests, residing here and in the City of London, actively sought to destroy Donald Trump’s candidacy and delegitimize and circumscribe his presidency. Other revelations about Russiagate—pulled from a kicking, screaming, and complicit U.S. intelligence community as the result of Donald Trump’s fight against it—demonstrate that Russiagate was part of a British campaign for regime change in Russia, control of Eurasia, and the bailout and revival, through a change in costume, of their financial empire, a costume change now known as the Great Reset. Destruction of any potential for their colony, the United States, to reassert its revolutionary heritage through the Trump presidency, was the primary objective here.

Here are the main takes from the declassified September 2017 interview of Christopher Steele by the FBI:

Steele (and his British intelligence sponsors) saw Donald Trump as their “main enemy.”

Donald Trump’s presidency would do unmitigated damage to the U.S./U.K “special relationship,” would be absolutely hostile to British interests, and had to be defeated through Steele’s participation in the Russiagate disinformation campaign.

Steele had a long-term friendship with Fiona Hill, the British-born “Russia expert” who chaired the Russia desk at the Trump National Security Council. Steele formerly headed MI6’s Russia desk, and Hill is the author of the current profile of the hated Russian President Vladimir Putin used by British and U.S. intelligence services. Hill introduced Steele to the main “informant” used in concocting the phony Trump/Russia dossier, Igor Danchenko. Despite the fact that Steele peddled his dossier as based on long-term British assets in Russia, Danchenko was simply an employee of Steele’s company operating in the United States and Britain. Danchenko had been under investigation by the FBI as a potential Russian asset when he worked with Hill at the Brookings Institution. In his own interviews with the FBI, Danchenko had disavowed central allegations in the dirty dossier as so much drunken barroom gossip. Steele consulted with Hill about Danchenko’s safety after Steele’s role in the dossier was exposed. Fiona Hill, of course, went on to become the star witness in President Trump’s first bogus impeachment trial.

This release merely underlines again what this author and this website have asserted since Russiagate reared its ugly head in 2016 and played out in the Mueller inquisition before finally crashing to the ground as a load of so much smoking imperial cow pucky in March 2019. The FBI, CIA, Congress—everyone in Washington—knew Christopher Steele’s dirty dossier was a

complete fabrication by early 2017 or before, but it was allowed to continue as the central legend in the full-spectrum information warfare campaign conducted against Donald Trump.

Everyone knew that British and Ukrainian intelligence colluded with the Obama White House and the Clinton campaign to infect an estimated half of the U.S population with the toxic and psychosis-inducing lie that the President of the United States was a Russian agent. Everyone knew that the full-spectrum, whole-of-nation information war waged against the population of the United States to destroy and delegitimize President Trump, his supporters, and Vladimir Putin originated with the U.S. coup against Ukraine, installing neo-Nazis in the government and instigating a genocidal ethnic cleansing in the Donbass and a civil war which continues to this day. The Obama Administration viceroy for this project was Joe Biden.

Obama’s White House, Christopher Steele, Alexandra Chalupa, CrowdStrike, Victoria Nuland, the Atlantic Council, Brookings, and the Integrity Initiative (the British military’s propaganda arm) were all major players in the Ukrainian “triumph of democracy”—the forerunner of the insurrection against Donald Trump and the American people, and in the coup against Trump.

Yet, again, on January 19, the decrepit leadership of the cult of aging, enraged, and entitled female boomers, Hillary Clinton and Nancy Pelosi, mused on Clinton’s podcast about convening a commission in Congress to explore whether Trump and Putin colluded in the January 6 “attack” on the Capitol or through the new British black legend of the day, the so-called “Solar Wind” hack.

The British had not been exactly quiet about their intent. The Spectator, the venerable magazine of the British elites, ran an article by Paul Wood way back at the beginning of 2017 with the headline: “Will Trump Be Assassinated, Ousted in a Coup, or Just Impeached?” In December 2018, the House of Lords, in their Report “UK Foreign Policy In a Shifting World Order,” demanded that Trump not have a “destabilizing” second term, while targeting Russia, China, India, and the United States for destabilization. These are, of course, the four nations identified by Lyndon LaRouche as having the economic potential, provided they collaborate, to destroy the British speculative financial empire. So obvious was the British hand that the FBI repeatedly characterized Christopher Steele’s dossier and its offshoots as “the Crown materials.”

We are not super prognosticators. In diagnosing the source and the aims of the campaign to destroy Trump, we relied upon the experience of Lyndon LaRouche, who was targeted with exactly the same type of defamation and prosecution witch-hunt as was Trump, all of it pursuant to the demands of the British. Trump and LaRouche were even targeted by the same amoral legal assassin, Robert S. Mueller III. Mueller, of course, played a critical role in suppressing the truth about the British/Saudi roots of 9/11 and facilitating the installation of the current surveillance state. In both the LaRouche and the Trump cases, the threat to the British was the same—they represented the potential economic revival of the United States and the rediscovery by our citizens of our Republic’s identity and place in history. In LaRouche’s case, the proposed economic ideas, methods of thought, and policies heralded the complete economic destruction of the imperial forces, world-wide.