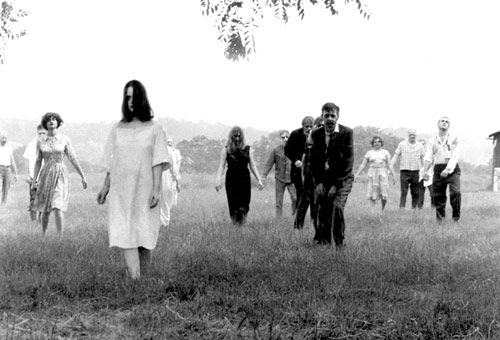 Much like the creatures from George Romero’s 1968 classic film, The Night of the Living Dead, the mass murderers of the “Climate Change” Green Agenda have refused to follow Philip and Elizabeth Mountbatten-Windsor into their well-deserved graves.

Between November 6 and 18, these ghouls will be convening yet another “Climate Conference,” this one dubbed “COP 27.”  This time Egypt will be the unlucky host, with the “green resort city” of Sharm El-Sheikh acting as the site of the pagan rituals.  The irony here is hard to miss, as these self-proclaimed “humanitarians” gather at what is now a favorite hub for the über-wealthy, complete with 5-star hotels, along with oodles of private jets, mega-yachts, and fashion shows.

The Problem with Reality

The difficulty these would-be green Olympians have is that the world has dramatically changed in the last 12 months. European nations, where a short time ago “being green” was a prerequisite for holding elective office, and where government leaders vowed to eliminate their domestic energy grids, are now scrambling to increase coal production, revive nuclear energy and secure food supplies in the face of popular revolts.  It turns out that ordinary people were willing to recycle and accept green propaganda, but now that it has come down to survival most people aren’t ready to volunteer themselves and their family members as human sacrifices.  Nations around the world are now taking measures to INCREASE energy production and INCREASE food production.

This has all produced a discernable streak of melancholy among the jet-set elite.  Their intention is as murderous as ever, but there is an undercurrent of frustration and uncertainty, as their edicts and pronouncements no longer result in governments jumping to obey.  There is an aroma of Walpurgis Night in the air.

Leading up to the Sharm El-Sheikh bash, the websites of the COP 27 conference, the United Nations and the World Economic Forum are all still fulminating, in unison, that the “climate crisis” has reached the point of no return, and they are blaming every climate event in the world on destructive human practices—from the floods in Pakistan, heat waves in Europe, tropical storms in the Philippines  and blackouts in Cuba, to Hurricane Ian in the United States.  It is probably only a matter of time before we see headlines that climate change “scientists” are predicting a downpour of cats and dogs and the green acolytes engage in ritual genuflections to honor this new scientific pronouncement.

But fewer and fewer thinking people are paying attention to this old baby-boomer rhetoric.  The life-and-death global crisis is deepening, and the unhinged “the world will end in ten years” mantra is getting a little shopworn, like a tired garment that sits in the corner, no longer the object of admiration.

Leading into the Conference, the website of the World Economic Forum cult has posted what they call the “Five Key Areas for Action” for COP 27:

As should be obvious, those five “Areas for Action” include almost all of the building blocks upon which human life depends.  Space precludes an in-depth discussion here of these five “Areas of Action,” but the takeaway is that—when it comes to water, food and industry—the assertion of the financial oligarchy is that humans consume too much of all of them.

A particular focus at this Conference will be the inter-relation between food/nature and human consumption.  COP 27 has proudly announced that they will host the first ever “Food Systems Pavilion.”  They declare that their goal is to transform the entire world’s food system into a net-zero carbon-neutral operation, i.e., no food shall be produced which exceeds allowable carbon limits.  One of the primary targets is to eliminate world live-stock (particularly cows), due to penchant of cows, sheep and pigs to fart, belch and otherwise pollute the planet with their nasty carbon emissions.

On November 8th the Conference will also convene a special panel devoted to modern agriculture, to hear arguments for eliminating crop rotation, the development of pasture lands and modern irrigation.

All of this, of course, is lunacy, but it is not fun and games.  The proposal to base human nutrition needs on trendy “blue foods,” or eating mealybugs and crickets (for protein), seems laughable, but the top-down elimination of modern agriculture is already well underway.  Livestock herds are dwindling all over the world, and food in general—particularly the cost of beef, pork, and lamb—but extending to many other foodstuffs, are being priced beyond the income levels of working-class families both America and Europe.  Without modern agriculture, billions will die.

Step back a moment and consider the history of the human species.  Sometime well before 15,000 BC humanity emerged from the primitiveness of “hunter-gather” societies, with the domestication of wild plants, grains, and animals.  Thus, with modern agriculture and animal husbandry, modern civilization was born. The zealots at the U.N., the WEF and COP 27 now proclaim, “Whoops!  That was all a mistake.  Time to correct the error and turn everything back to nature.”  If cows must be sacrificed for emitting CO2, can humans be far behind?

In regard to this year’s COP 27, what is noticeable is who WON’T be there.  Of course, the UN/WEF true believers will be in attendance, but many world leaders have sent their regrets at not being able to attend, the latest being the new British Prime Minister Rishi Sunak.  Putin won’t be there.  Xi Jinping won’t be there.  Even the sad Greta Thunberg has announced her intention to boycott this COP conference, bemoaning that she expects nothing positive to come out of it.  Those empty chairs and unreturned invitations are being noticed.  War, economic collapse, and starvation have a way of reasserting reality.

COP 27 convenes two days before the U.S. mid-term elections.  It also coincides with the escalating danger of the war in Ukraine.  What people want today is peace, economic development, and a future, not the abyss we are being propelled into.  We need energy.  We need food.  We need water.  We need a science-driven economy.  We need to produce.  That is the direction which millions, particularly young people, are demanding.

At some future date people will look back at the anti-human “environmentalist era” of 1976-2022 as an aberration, a drug-riddled mass psychosis in our history.  This change begins today.