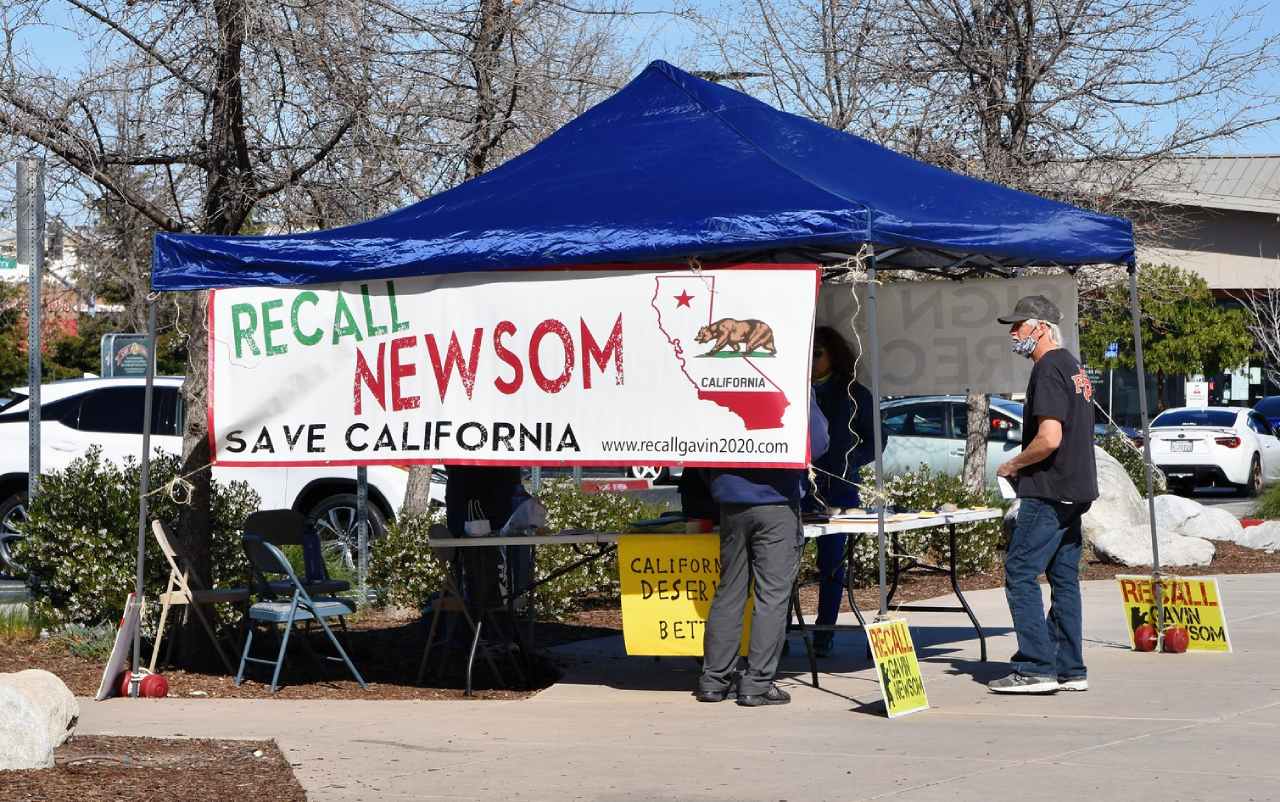 How panicked are Gavin Newsom, Nancy Pelosi, and Newsom’s long-time sugar daddy, George Soros about the California recall winding up on September 14th?  Plenty.  A win or a huge vote against Newsom has the potential to totally disrupt the entire globalist effort to destroy the United States.  After all, who would have thought, before now, that California would lead this revolt?

The money is being spent, in part, on a messaging campaign which lies, endlessly, that Newsom’s victory is now all but assured after polls showed the race dead even two weeks ago. Therefore, the underlying intended message to those opposing Newsom is:  Why spend the time and energy if you oppose these guys, to vote?

At the same time, they are bringing every Democratic big wig they can find to the state, hoping to generate at least a modicum of enthusiasm in their base for the man every sane Californian, regardless of party, despises.  The hologram President, Joe Biden and Kamala Harris are scheduled for last minute appearances before the last day to vote on September 14th.  COVID relief checks are also being mailed ahead of the vote to Californians after Newsom utterly failed to administer unemployment and other relief throughout the COVID crisis.

Here’s the issue:  California under Newsom and his sponsors is being systemically destroyed.  It is home to a now completely unbalanced economy, which subsists on income from doing outright evil: namely, income from Silicon Valley’s spy activities against the nation and Hollywood’s peddling of cultural degeneracy. The cost of living, for everyone but millionaires, has become unbearable.

California, once the hub of scientific and engineering expertise and some of the greatest water projects in the world --the nation’s chief agricultural powerhouse, is under Newsom, in a new, very dark age.

He adamantly refuses to build the types of water projects which can solve the drought, preferring to say, instead, that nature itself in form of global warming, has caused the problem.  There is no water, now, he says, for California’s farmers.

He is shutting down all the state’s nuclear and fossil fuel plants.  Now, the state has repeated blackouts and brownouts.

He refuses to implement sustainable forest practices.  Now, the state is on fire with thousands fleeing fires which have destroyed everything they own. It’s Mother Nature, Newsom says, not me.

Crime, fueled by Newsom’s insane decriminalization policies is rampant.  Streets of every major city are now filled with the homeless as more and more impoverished, addicted, or mentally ill Californians join this population every day.

Education?  Children are taught to hate the United States, their families, their genetic identities, and “the patriarchy,” rather than learning to read or use math.

An accurate vote count will result in Newsom being recalled.  It will allow California to emerge from this dystopian collapse.  It will also thoroughly derail Joe Biden’s plan to turn the nation into Newsom’s California.

That is why all this cash and all this “rallying” is designed to allow for the implementation of Newsom’s actual plan:  remaining in office by stealing the mail in vote. Newsom and his sponsors know that if California citizens show up in droves on September 14th at their polling places, Newsom, along with Biden’s national agenda could go up in smoke.

There is an emergent coalition of cops, military families living in California, the churches, hard-working immigrants savaged by Newsom’s economic and social policies, the MAGA movement, traditional Democrats, and independents.  They can mobilize the type of turnout which will defeat Newsom’s schemes, just like the Americans who turned out “unexpectedly” and “shockingly” to defeat Hillary Clinton in 2016.

We here at LaRouche PAC are determined to help that process.  Please circulate to all your social media friends the following video.

Visit https://www.larouchepac.com/for_a_future_recall_newsom to learn more about what you can do.

Urge your friends to do the same, particularly targeting everyone you know in California.  The statesman Lyndon LaRouche, whose birthday we celebrate today, said what history otherwise teaches, “You can never lose a war if you keep fighting.”