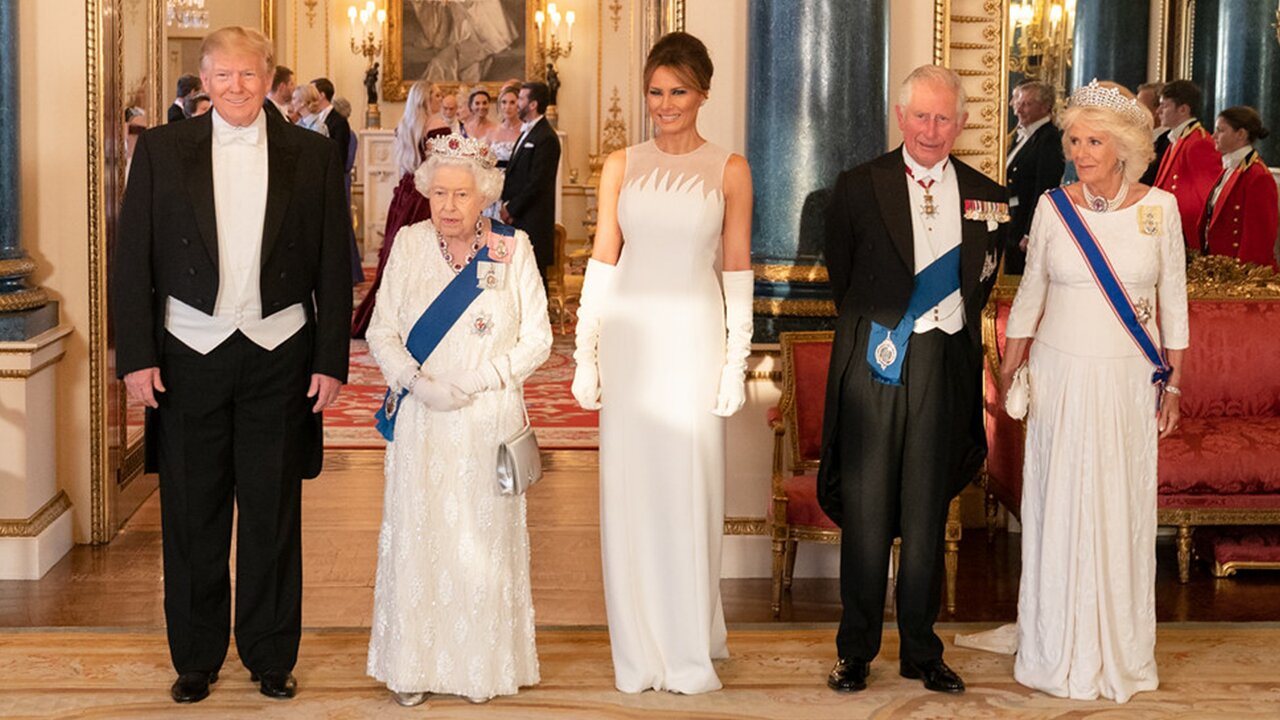 If you’re looking for foreign interference in the U.S. electoral process, forget about Venezuela and George Soros — it’s the British Empire, staged from the City of London, Wall Street, Silicon Valley, Washington’s Beltway, and the various sponsors of the Davos, Switzerland World Economic Forum—that you’re after. After all, from the inception of the “spy on, infiltrate, defame, and depose” operation against Donald Trump, otherwise known as the four year slow coup d’etat, they have been at the forefront. It was the British, even according to John Brennan, who insisted that Donald Trump be targeted, lest the “Special Relationship” itself be fatally disrupted.

And it’s not just a matter of election interference, surveillance state spying and censorship and a coup d’etat against a duly elected president. It is high time to end government policies and synthetic cultural ideologies that have been shaped by British neo-liberalism and its only apparently defiant offspring: Ayn Rand’s libertarianism, neo-conservatism, and the captive socialism born in the Second Socialist International.

First, on the election.

Numerous lawsuits continue to wend their way through the courts and additional witnesses are coming forward to share what they’ve seen (or haven’t seen): backdating of ballots, unusually uniform batches of ballots, ballots in which only the presidential choice is filled in, election watchers being denied the opportunity to meaningfully observe the counting of votes, instructions not to check IDs or ballot signatures, etc. As far as electronic frauds go, Dominion Voting Systems (a company headquartered in Canada, a Realm of the British Commonwealth of Nations, whose head of state is Queen Elizabeth), whose voting systems counted 1.3 million votes in Pennsylvania, backed out of testifying on Friday, as agreed, at a hearing in Harrisburg, the state’s capital.

How about Smartmatic, the other voting company at the center of numerous allegations of wrongdoing? Its chairman is Lord Mark Malloch-Brown, an honest-to-goodness baron, a Knight Commander of the Order of Saint Michael and Saint George, and a member of the Privy Council of the United Kingdom. Originally created by Venezuelan engineers, Smartmatic in 2005 purchased Sequoia Voting Systems — a leading provider of U.S. voting technology — from the British company De La Rue. In 2014, a new holding company was created, SGO, with Smartmatic as its main venture. SGO is chaired by Baron Malloch-Brown, and its other directors are two of the original Venezuelan engineers who created Smartmatic and Sir Nigel Knowles, former High Sheriff of London. Quite clearly this can no longer be said to be a “Venezuelan” company, but rather a British one. And claims that Malloch-Brown is controlled by George Soros are preposterous. It is the other way around!

Malloch-Brown has done much to undermine democratic rule: He helped to overthrow Ferdinand Marcos in the Philippines in 1986; was part of the team, with Soros, that set up the International Criminal Court (used almost exclusively against African leaders), pushed the British “Responsibility to Protect” (R2P) doctrine that overthrew the Westphalian order of national sovereignty, supported the overthrow of Libyan ruler Muammar Qaddafi, and helped create Mikheil Saakashvili’s “rose revolution” in Georgia. He is an integral part of the soft power “regime change” operations which the National Endowment for Democracy took over from the CIA, NATO, and MI6. Most of these regime change color revolutions require reliable mechanisms for vote fraud.

What other British factors require uprooting?

The center of Britain’s present power lies in the City of London, the square mile enclave with the world’s greatest financial flow. Its power is maintained through the financialization of the economy, promoted through such anti-scientific (and anti-American) dogmas as mythical “free trade” and the “invisible hand,” which tend to bring ostensible financial profits while reducing the productive power of the physical economy. British East India Company propagandist Adam Smith was a British intelligence agent charged with maintaining vicious colonialist and slave regimes on behalf of the British Empire. In the wake of the economic devastation of COVID, this evil elite is now attempting to introduce central bank digital currencies and credit policies which only support green technologies while redlining everything which might develop the physical economy of the world’s nations. They openly advocate a central banker’s dictatorship in which no elected official will be allowed a vote on economic decisions. Joe Biden is their pawn. His entire presidential campaign was conducted under their banner, “Build Back Better.”

A central axiomatic tenet of this crowd is the very British idea of Malthusianism, seen in the present Green movement whose symbolic heads include teenager Greta Thunberg. But it is Mark Carney, former Governor of the Bank of England, who is truly taking the lead in “greening” the economy.

Green is bad? Yes. Deadly. Unlike all other life, we humans change our relationship to nature by discoveries that allow us to increase our productive powers and create new resources. This is the means by which we have increased our population by orders of magnitude beyond that of gorillas. The Green outlook denies this difference, through its axiom that resources are limited and conclusion that it is growth itself which is “destroying” the planet. Rejecting investments that are not Green is denying development to the severely underdeveloped regions of our world, and destroying any potential for overcoming abject poverty and the gig economy’s mental slavery in the advanced sector.

And of course the only way that little island has held such power has been by keeping its adversaries (or those who might discover that they should be its adversaries) fighting the wrong enemies. Enter Russiagate and the manifold sins ascribed to China here and the various operations in those countries which target the United States.

Exposing (and declassifying) British electoral interference — which we’ve seen in spades over the past four years’ efforts to undermine, delegitimize, and overturn the results of President Donald Trump’s 2016 electoral victory — brings on the unmasking of the British origins of the truly malign ideologies suffusing our universities, institutions, and culture.

The spirit of the American Revolution — the victory over the British Empire and its outlook — requires that the United States terminate the Special Relationship with its abusive British cousins, and collaborate with such potential allies as Russia, China, and India towards the enormous potentials for scientific and economic development ready to bloom before our eyes. Our forefathers, Ben Franklin and John Quincy Adams, in particular, will heartily celebrate this change as will Lyndon LaRouche, who campaigned steadfastly for it throughout his life.