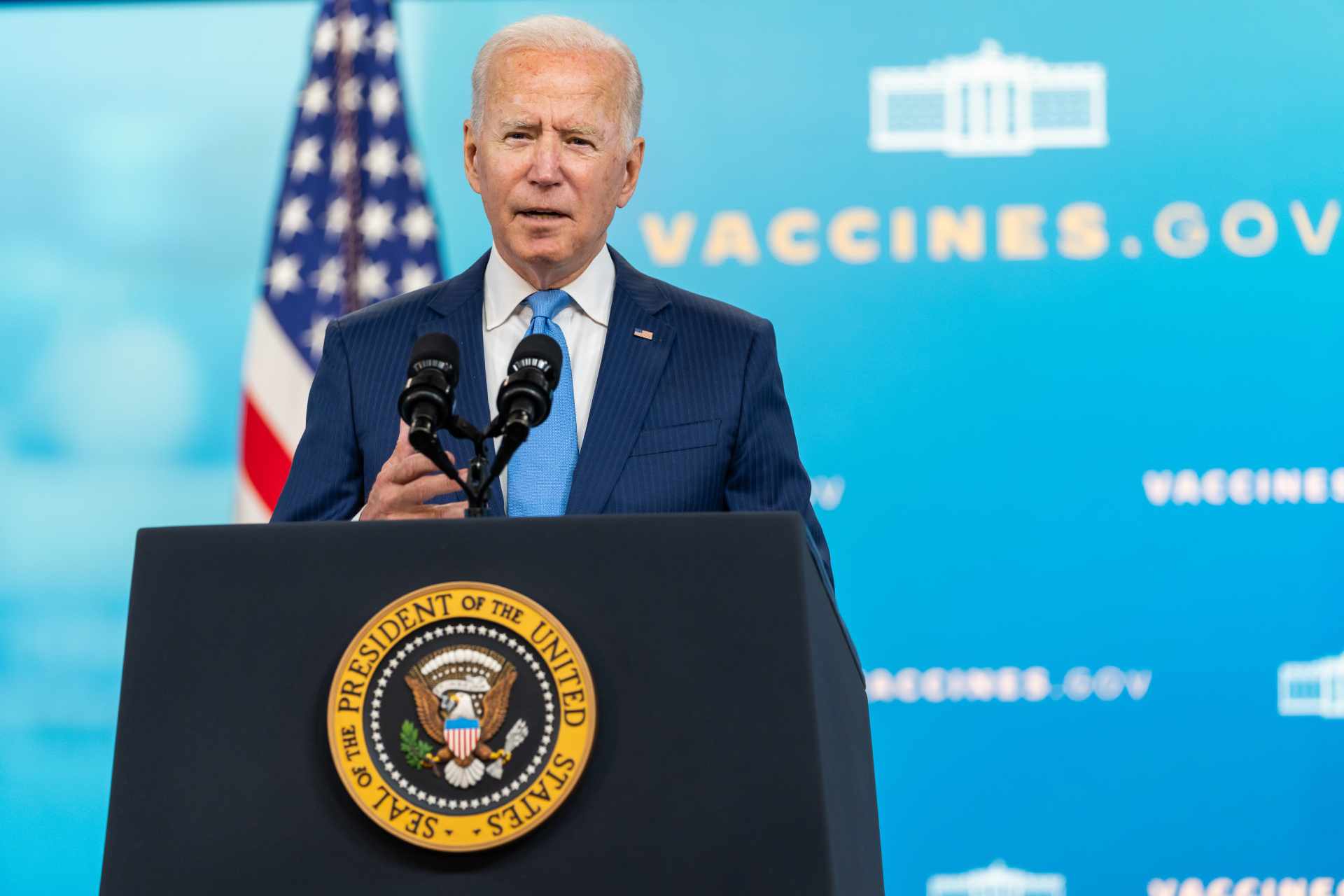 The Fifth Circuit Court of Appeals stayed implementation of the Biden Administration’s National Vaccine and mandate on November 12. You can read the 22-page excoriation of the proposed OSHA rule here.

Not reaching the issue of whether the rule passes constitutional muster, the three-judge panel said that the mandate was a classic case of blunderbuss federal overreach. The decision reveals that the OSHA rule was promulgated as the result of an egregious search through federal regulations to find a rule which could be bent to the Biden collective’s current authoritarian attack against the U.S. Constitution. OSHA had previously explicitly rejected just such a rule earlier in the pandemic.

The Court wrote that the plaintiff parties had the necessary standing to sue because, “The Mandate imposes a financial burden upon them by deputizing their participation in OSHA’s regulatory scheme, exposes them to severe financial risk if they refuse or fail to comply, and threatens to decimate their workforces (and business prospects) by forcing unwilling employees to take their shots, take their tests, or hit the road.” The Justice Department is likely to appeal the panel decision. Lawsuits are pending throughout the country against the mandate, and on November 15 there will be a decision on how to consolidate them in one Federal District Court.

Stephen K. Bannon, the former advisor to Donald Trump, was indicted by a Grand Jury sitting in the District of Columbia for contempt of Congress based upon his defiance of subpoenas for documents and testimony before the rogue Select Congressional Committee investigating January 6th. The Select Committee is conducting what amounts to Donald Trump Impeachment Trial 3. This is the first time anyone has been indicted for contempt of Congress in 38 years, despite numerous Congressional contempt citations. In their continuing contempt for the U.S. Constitution, the avatar president Joe Biden has also waived asserting presidential executive privilege on behalf of President Trump concerning the Democrats current desperate resort to the methods of the Star Chamber.

Donald Trump and his continuing popularity in the population represents an existential threat to the Anglo-American elite. The Star Chamber proceeding currently taking place in the U.S. House is meant to punish and stigmatize anyone who associates with the former President and to foster a re-emergence of the Bush/Cheney Republican Party. Trump in his speech at Mar a Lago on November 7, declared that Bush/Cheney Republican Party dead and gone and a new Republican Party, representing the American working class, ascendent as his MAGA movement. As a side goal, the Congress’s Star Chamber theatrics are intended to distract investigation from the actual setup which occurred on January 6th, led by the FBI and its various provocateurs and informants embedded in the Proud Boys, 3 percenters, etc. Everything, from the illegal and barbaric detention conditions of January 6th defendants to the continuous characterization of the January 6th riot as a violent insurrection, when the FBI itself found no conspiracy, https://thehill.com/opinion/judiciary/568842-the-fbi-comes-up-empty-handed-in-its-search-for-a-jan-6-plot has been geared toward these two ends.

Most legal observers believe that as opposed to those, such as former Chief of Staff Mark Meadows; campaign manager Bill Stepien; Kash Patel, then serving as an advisor to the Secretary of Defense; and the entire White House central staff now targeted by the January 6th Committee, https://www.cnbc.com/2021/11/09/jan-6-riot-house-panel-subpoenas-trump-white-house-officials-mcenany.html Bannon does not appear to have a viable defense based on executive privilege. He has not worked in the White House since 2017, when he was fired for attacking the President and his family in long diatribes delivered to anti-Trump “journalist” Michael Wolff for his screed against the Trump presidency, Fire and Fury. As if to fully underscore the intent of the January 6th Committee, Stepien currently serves as the campaign advisor to Trump-endorsed Congressional candidate Harriet Hageman, who is running against Liz Cheney in Wyoming. The U.S. D.C. Court of Appeals has temporarily stayed, until November 30, an order by rabid anti-Trump Judge Tanya Chutkun ordering the National Archives to produce Donald Trump’s White House records regarding January 6th to the rogue Committee.

The National Schoolboard Association, facing defections from several states after joining the Biden Administration nationwide war on parents seeking involvement in their children’s schooling, has been shown to have heavily coordinated with the White House prior to Attorney General Merrick Garland’s mobilization of the FBI against parents in his infamous memo to U.S. Attorneys on October 4. You can read about what recent FOIA documents show here. https://www.breitbart.com/education/2021/11/12/white-house-actively-engaged-nsba-domestic-terrorist-letter/

The documents make a mockery of Garland’s claim that he decided to investigate parents for domestic terrorism “on his own.” It seems clear now that Garland has rented out his prior credibility in D.C., to the Obama National Security State crew who currently run the Department of Justice (DOJ), chiefly through Lisa Monaco, the Deputy AG, and a host of woke leftists from the civil and criminal sides of the Department intent on remaking the country and the Constitution. Garland’s defense of his document before the House Judiciary Committee reminded almost everyone of Robert Mueller’s senile performance which ended his Russiagate inquisition. Mueller did not appear to have the slightest clue what Andrew Weissman and others on his team had been doing.

Meanwhile, another schoolboard scandal is brewing in Scottsdale, Arizona, where the School Board president was discovered to have been keeping an extensive dossier on protesting parents, including social security numbers and deep background reports. https://www.foxnews.com/politics/arizona-school-board-personal-information-parents

As if that were not enough for the partisan rabble rent-a-cops at Main Justice, on November 12 the New York Times started publishing documents leaked to the paper by the DOJ that were obtained via FBI raids on Project Veritas’ James O’Keefe’s house and those of his associates on the weekend of October 6-7. The raids came after the Justice Department obtained search warrants from U.S. District Judge Analisa Torres to search the homes of the journalists for evidence relating to the theft of Ashley Biden’s diary in October 2020. Many believe that Project Veritas was set up on the diary theft claim, which was begun to be investigated at Main Justice, at Joe Biden’s request, at the same time as the Security State dropped a censorship curtain down on the contents of Hunter Biden’s discarded laptop just prior to the November 2020 election. While Project Veritas adamantly denies possessing the diary illegally, and did not publish the alleged contents, even if the allegations were true, the Feds do not normally investigate burglaries.

Making the context here even more outrageous, Veritas is currently engaged in a defamation lawsuit against the New York Times, which, to the shock of most, has survived initial motions to dismiss in Manhattan Supreme Court. The leaked documents appear to support the Times’ defense in the lawsuit. Late on November 12, Judge Torres ordered the Justice Department to stop examining the fruits of the raid until a further hearing. This DOJ move, so blatant, has even outraged the current cowards nominally dedicated to defending the former idea of a free press. While dissing O’Keefe, they realize that in the current environment no one is safe. You can read about that here. https://www.politico.com/news/2021/11/13/raid-veritas-okeefe-biden-press-521307

This is hardly new. The New York Times and the FBI and CIA have been interchangeable parts of the establishment’s policing mechanism for decades. In 1979, Lyndon LaRouche’s investigators caught the Times red handed at the center of a conspiracy to defame LaRouche in order to provide the pretext for a DOJ investigation while simultaneously colluding with anarchists to violently assault members of LaRouche’s movement. https://larouchepub.com/eiw/public/1996/eirv23n29-19960719/eirv23n29-19960719_076-how_the_new_york_times_jumped_in.pdf