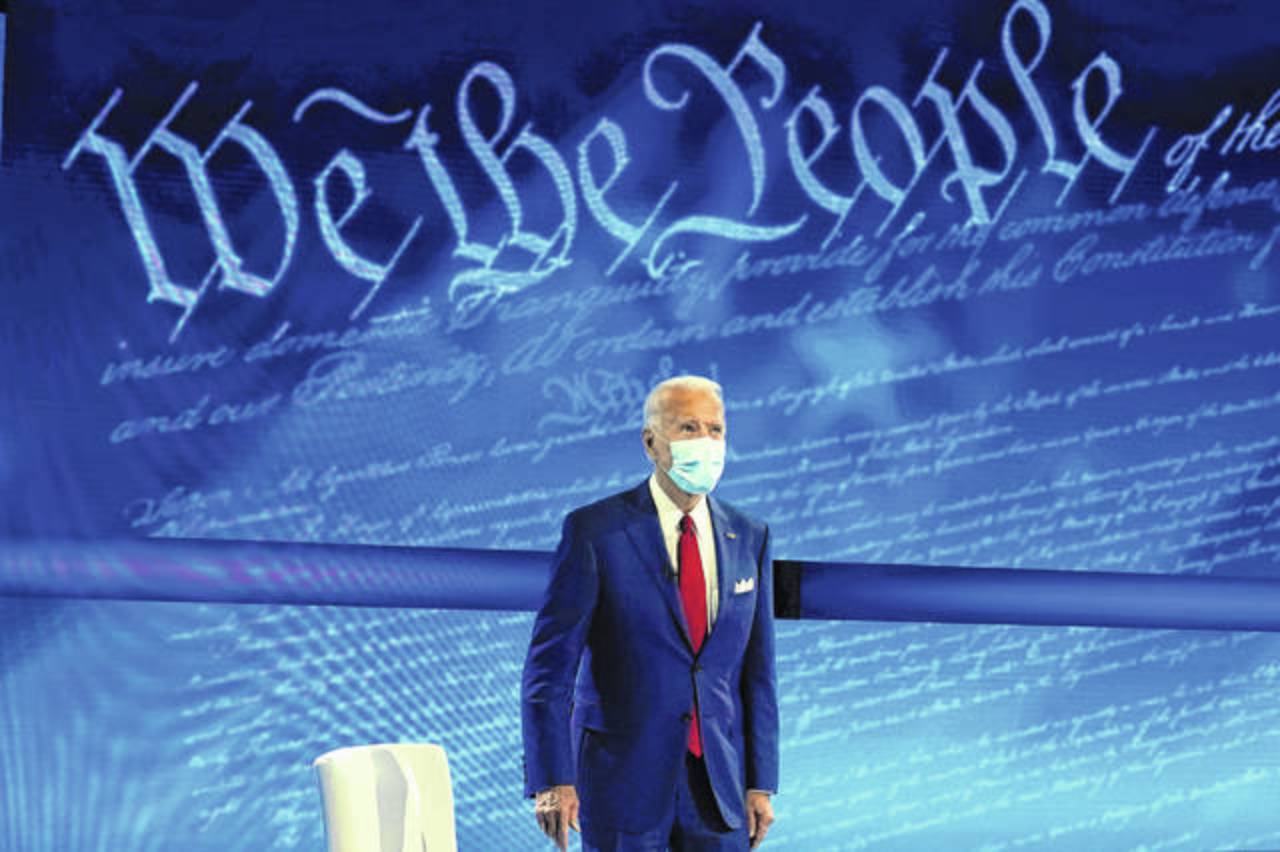 Joe Biden went to Constitution Hall in Philadelphia July 13th to read a hysterical, and overwrought speech primarily aimed at Donald Trump and what he called the “Big Lie.” Trump emerged publicly with recent rallies in Florida and Ohio attended by tens of thousands of his supporters, leaving Biden and Company, along with Washington, D.C.’s establishment generally, in a complete froth. Pennsylvania is set to become the next state to conduct a forensic audit of the November 2020 election, following Arizona, which is in the process of completing its audit.  Georgia is also involved in multiple investigations of the presidential election.  In a speech at CPAC in Dallas, Sunday, Trump mocked those who would destroy him, saying that every attack against him made him “worse”—meaning he is defiant; unrepentant about telling the truth.

Biden raved that Republican attempts in several states to prevent fraud by tightening voter ID and vote by mail rules amounted to a modern day “Jim Crow” assault on the right to vote—voter subversion on par with the Ku Klux Klan and the Confederacy.  He said that those supporting election integrity laws were threatening the Republic at the same level of intensity as those who precipitated the Civil War. After all, the Confederates did not “breach the Capitol."  He also wildly asserted that the two-hour riot on Capitol grounds on the day the vote was certified was, in reality, an attempt to overthrow the Republic itself.  Trump supporters represent a “domestic threat” which must be nullified according to the senile current White House occupant and his Jacobin handlers.

There ought to be a law about telling such incredible incendiary lies in such a sacred place.  It represents a form of outright blasphemy.  It also demonstrated the general point that evil actors often mask themselves by falsely claiming that others are doing exactly what they themselves are doing.  We do face a threat like the Civil War.  It is coming from Joe Biden and the Washington, D.C. establishment, acting to destroy this country on behalf of the financial oligarchy centered in London, Geneva, Brussels, and Wall Street and their “Build Back Better” Green Campaign to reduce us to feudal status.

Biden’s perfidious speech was one part of a Democratic Stunt Day aimed at putting on a giant show for their base meant to obscure their failure to pass Senate Bill 1, which would unconstitutionally federalize all elections.  It also occurred after the Supreme Court of the United States upheld Arizona’s new laws on July 1st in Brnovich vs. Democratic National Committee. The Court pointed out that the new laws expand the ability to vote.

Another part of the pre-planned Stunt Day involved the Democrats of the Texas Legislature flying to Washington, D.C., and temporarily aborting the Texas Legislature’s special session which is attempting to pass that state’s new election laws. Their stunt meant the legislature lacked the necessary quorum.

The Texas Democrats fled Austin on a private jet, drank Miller Lite, and then appeared at the Capitol to render a horrible off-key version of “We Shall Overcome.”  It is clear none of them had ever sung that tune before. Nonetheless, Vice-President Harris hailed the Texas flakers, now at an all-expenses paid party in Washington, D.C., as modern-day Civil Rights heroes.

At the same time as Stunt Day was occurring, Joe Biden’s FBI was calling on Americans to report their friends and relatives to the FBI if they showed signs of becoming “extremists.”   Planning is underway to monitor all text messages for “extremist” content.  Non-violent trespassers at the Capitol sit in pre-trial detention in Washington’s horrible jail because they refuse to repudiate their “thought crimes.”

Prior to the fall of the Berlin Wall, East Germany’s Stasi had perfected the modern police state where everyone spied endlessly on everyone else.   Consequently, every citizen’s thoughts were read, digested, and policed.  Such measures effectively kill that which is human in human beings.  Clearly, the totally corrupt FBI and Justice Department are hell bent on overtaking and outdoing the Stasi.

But, throughout the land, the citizens are awake and stirring. They will not stand for this. They are not afraid. It is dawning on them. What, after all, is the oligarch’s real fear about “extremists?”  People who stop doing dope and porn, which they are using to destroy minds?  People who stop using their internet channels or their media, which they are using to manage behavior and brainwash the populace?  People who furiously begin studying the classics of science and art, and figuring out that our founders invented an entirely new form of economy called the American System, and were steeped in Plato and Leibniz, rejecting totally, John Locke and Adam Smith? Doing such things creates the frame of mind which enjoys flanking and defeating these idiots. Doing such things will save the Republic.