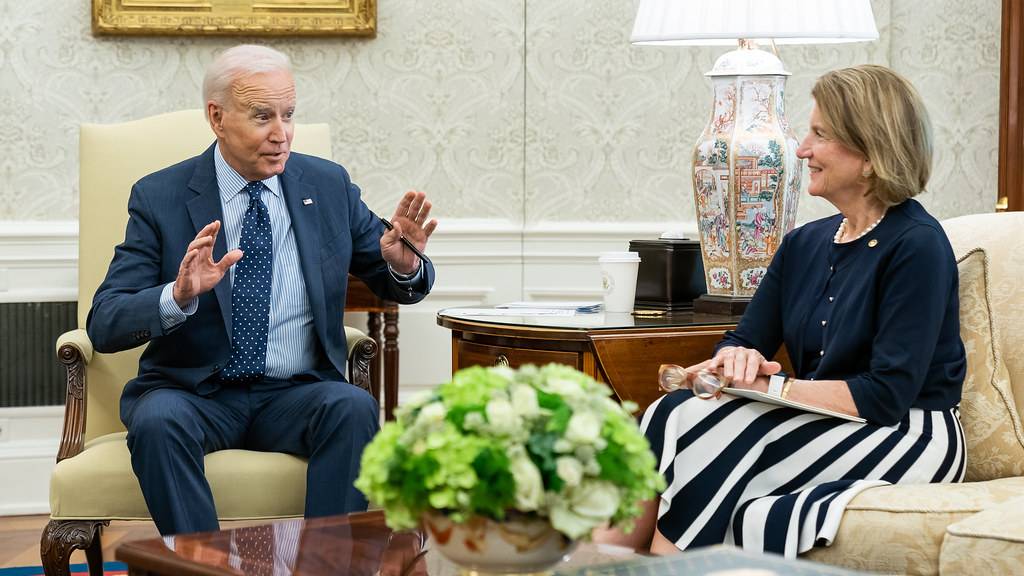 The economic figures released last week confirm what most Americans already know: inflation, especially in food, housing, energy, and cars is stealing whatever resources most working families have to rebuild their lives in the wake of the COVID lockdowns. In response to the obvious, Fed Chairman Jay Powell and the Biden White House assure us that this rise of inflation is only transitory. It is due to bottlenecks in the system that will clear up as the economy recovers, so do not worry too much as your living standards plummet. That is almost like saying the little green men under the floorboards are hard at work running the economy but a little too manically and will soon tire out.  The Fed’s bond-buying and money-printing will continue apace so financiers on Wall Street and the City of London don’t panic.

But even the masters of doublespeak in the Biden camp can’t hide the impending crisis. Last week Treasury Secretary Janet Yellen, herself a former Chairman of the Federal Reserve, warned that there will be “several more months of rapid inflation before easing…But I think over the medium term, we'll see inflation decline back toward normal levels. But, of course, we have to keep a careful eye on it."

Notice the sleight-of-hand-language here. Yellen is not saying that prices will decline but that inflation will decline. Going back to her time at the Fed and continuing through Powell’s reign, the Fed has been committed to an ongoing 2% rate of inflation. With 10-year Treasury bonds steady at around 1.3% due to Fed bond-buying, that means that the U.S. government is stealing at least 0.7% if you loan them money by buying Treasuries. This is in addition to even greater theft from working families in the form of rising prices for necessary goods. Then there are the higher taxes paid on inflated taxable items and the threatened higher taxes to be levied to pay for Biden’s Green New Deal and phony infrastructure package. Add to that the effect on prices from Biden’s push to limit fossil fuel production and other climate/environmental austerity measures, like attacking beef production.

Once again, like 2008, Wall Street and Big-Tech get bailed out--paid for by outright government-backed theft from working people.

While Republicans in Congress rail about the Fed/Biden inflation push, they have no idea how to grow an economy and resort to their old buffoonery about cutting government spending and free trade.  They have not learned the lesson that it is what you spend the money doing which determines where the economy will be ten years from now, let alone right now.

President Trump has criticized this establishment Republican folly and is directly mobilizing his base—the majority of Americans who are feeling the brunt of the Biden-Fed stealing. At his recent rallies and speeches Trump has emphasized his administration’s efforts to promote American industry and advanced technologies such as the Artemis project, nuclear power development and other scientific advances.

This, however, is not enough. Only a full-blown reform of the American economy as outlined by Lyndon LaRouche’s Four Laws will work now. Much of what LaRouche recommended was supported by Trump in his campaigns and his Presidency.  But the ongoing soft coup against the Trump presidency run by the modern British Empire, an enemy which has seduced most of the political class in Washington, D.C., sabotaged these ideas.   Now, millions of Americans are backing Trump’s proposed 2024 candidacy, their eyes fully open to what draining the swamp actually means.  At the same time, a flailing and failing fake Biden presidency makes everyone’s lives worse every day. If that powerful movement now demands the complete reform that LaRouche proposed and fights for it, nothing will stop its implementation.