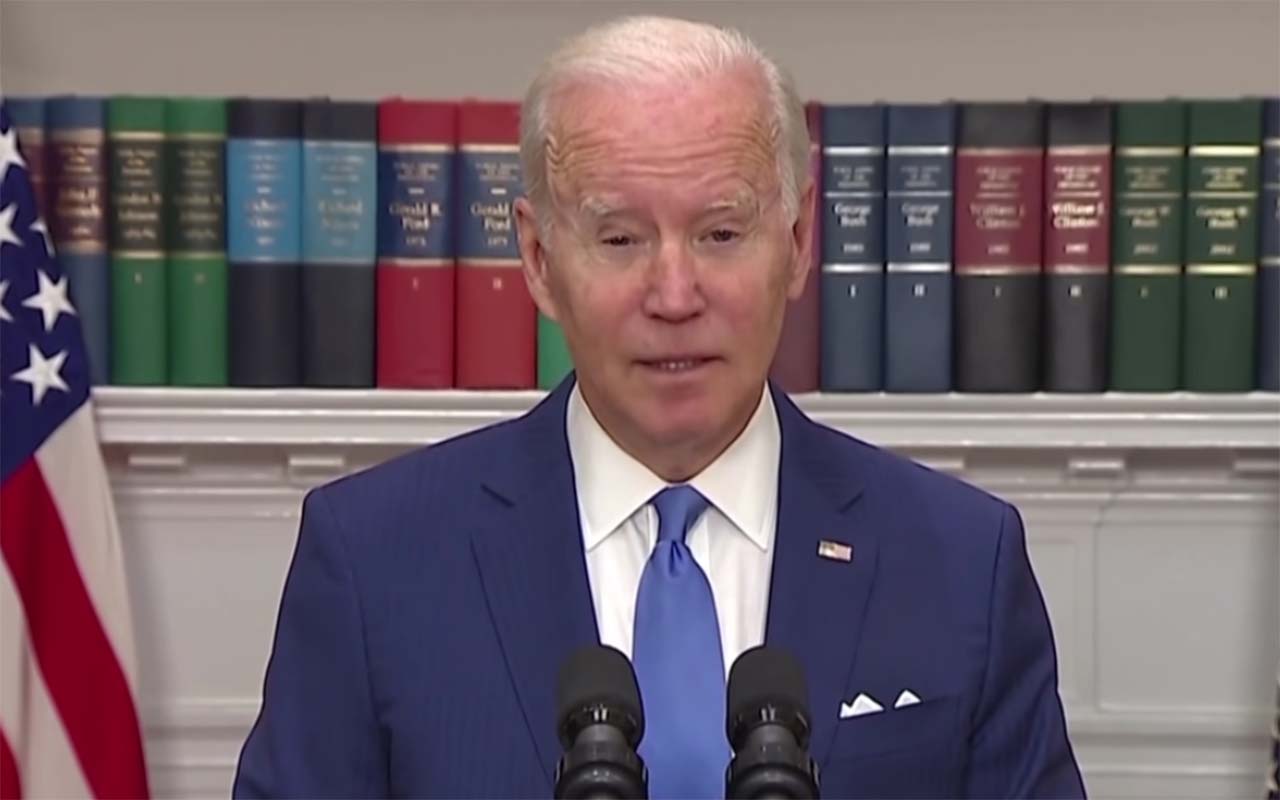 Biden suffers another gaffe, this time struggling to say the word kleptocracy during his Thursday press conference.

On Thursday, President Joe Biden stumbled into a press conference and demanded an additional $33 billion for weapons and aid to Ukraine through September, and the increased authority to confiscate what he deems to be Russian assets, which he can then hand over to Ukraine.

Americans have seen this movie before. The government uses a crisis of its own making to usher in vast changes to its authority, only to turn that authority against the American people themselves. Remember the Patriot Act, which was supposed to be directed against foreign terrorists, but, under Bush and Obama, ended up being used to implement vast surveillance and police powers against virtually every American citizen. Today, Biden is saying his new confiscatory powers will be directed against property “linked to the Russian kleptocracy.” But his press release also added that it will “strengthen related law enforcement tools,” already indicating that the authority he seeks will be used far more broadly.

The American people are already paying dearly for this war, which they clearly don’t want. The war and the sanctions on Russia have exacerbated shortages and higher prices for food and energy, which were already severe due to Biden’s anti-growth economic policies. Now, instead of rebuilding the U.S. physical economy, he wants us to pony up more. “This cost of this fight is not cheap,” Biden again admitted. Not cheap for the American people but, as with all the failed wars that Biden supported as a Senator and Vice-President, very lucrative for the defense contractors and consultants who are the past and future employers of Biden’s cabinet, family and financial backers.

The question now, is whether the U.S. Congress, especially Republicans, will have the guts to tell Biden “No.” The American people and President Trump should make sure they do.