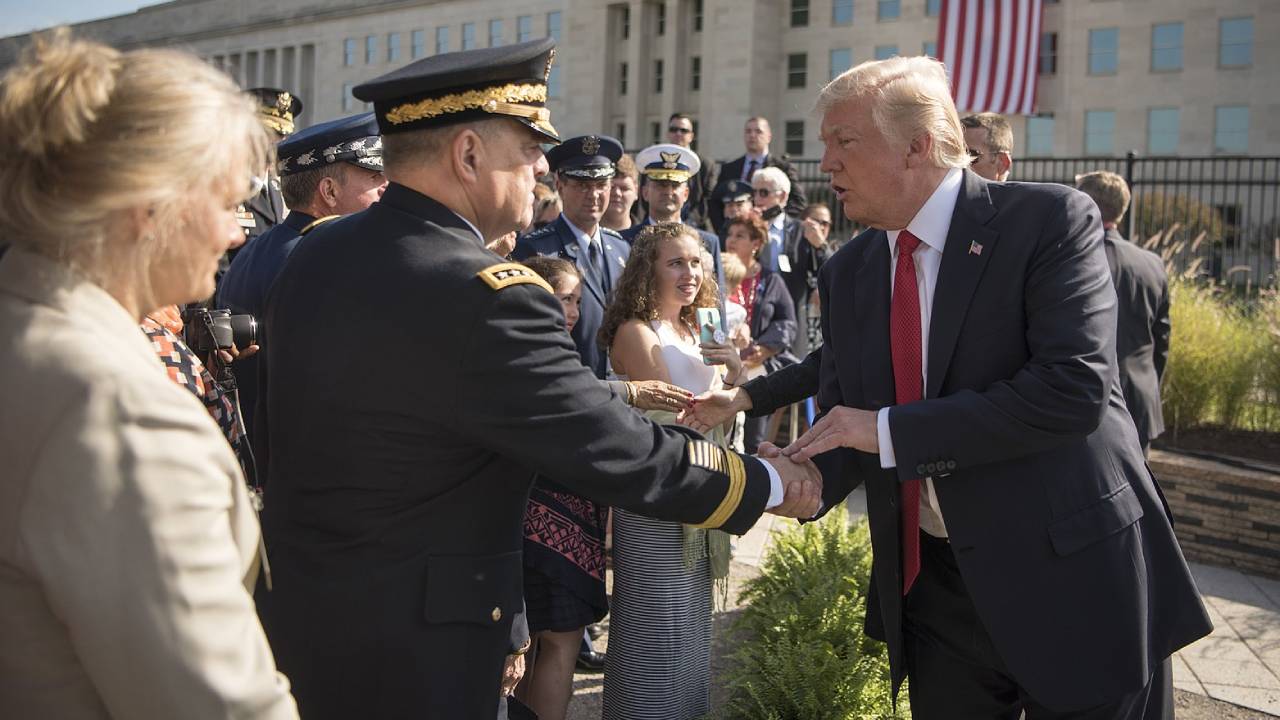 Within the space of one week, July 11 to July 17, 2021, Americans learned that the Chairman of the Joint Chiefs of Staff, Mark Milley, had used the military against a sitting President in conjunction with the intelligence community, the Speaker of the House, and the incoming Biden Administration. https://www.foxnews.com/transcript/tucker-why-is-mark-milley-still-in-command-of-us-military They also learned that the Biden Administration had formed an alliance with Silicon Valley to censor all speech they consider to be “misinformation”—not only admitting that fact but openly bragging about it. https://www.c-span.org/video/?513462-1/white-house-press-secretary-holds-briefing

Those two developments bookended a midweek farce in which Joe Biden went to Constitution Hall and, in that solemn place, declared that laws aimed at election integrity were “Jim Crow on steroids” and that the January 6th riot at the Capitol was more of an assault on the Republic than the Civil War, an event in which 750,000 Americans perished.

Biden’s blasphemy was joined with another “voting rights” stunt. Democrats in the Texas House fled Austin in a chartered private jet, with lots of beer, and took refuge in high-priced DC hotels, all to avoid passing that state’s new voter integrity laws. They met with and were celebrated by the stoner Vice President, Kamala Harris, who compared them to Frederick Douglass and the Selma bloody Sunday marchers. Almost instantly the legislators themselves demonstrated the absurdity of Harris’s mad embellishment by totally butchering “We Shall Overcome” during a “spontaneous” performance at their Capitol Hill press conference. https://www.youtube.com/watch?v=qGYN3KcLKZo Three of them have since tested positive for COVID, which is now being hailed as evidence of self-sacrificing heroism.

In case this makes you think you might have fallen down the proverbial Rabbit Hole into Alice’s Wonderland, you might be right. Just to be clear, like the Mad Queen, senile Joe has recently bragged that F15s and nukes are in his exclusive possession, and none are held by Americans who oppose him. https://www.youtube.com/watch?v=mMUQU4m9Z5U. In discussions with his aides after January 6th, General Milley snarled that Trump might try a coup to stay in power. But, “You can't do this without the military. You can't do this without the CIA and the FBI. We're the guys with the guns.” https://thehill.com/blogs/blog-briefing-room/news/563200-trump-milley-last-person-ld-start-a-coup-with

According to the recent book by Carol Leonig and Philip Rucker of the Washington Post, General Mark Milley, considered President Trump to be “like Adolf Hitler,” and his supporters to be “Nazis” intent on staging a Reichstag Fire–type coup on January 6th and thereafter. Milley mobilized the military and intelligence agencies to create an “iron ring” around Washington, DC to prevent this and put various other checks in the system to undermine the sitting President as suggested by Nancy Pelosi. In Milley’s unhinged June 23rd testimony before Congress, he further noted that Trump supporters are driven by white rage which Milley seeks to understand by studying critical race theory. https://www.c-span.org/video/?c4967685/general-mark-milley-defends-militarys-response-racism-extremism

These revelations shine a whole new light on January 6th. What role did the Pentagon play in the riot set up? Was this the “coup” to get rid of Trump which had been mooted by such Pentagon officials?

As journalist Glenn Greenwald notes, the merging of large private corporations—such as the Silicon Valley monopolies—with the state is the classic definition of corporativist fascism. That is what is now enthusiastically embraced by the very people who tell themselves every day that their criminal pursuit of political power and destruction of U.S. history, law, and cultural norms is justified because they are fighting “fascist authoritarians.” At root, as they are so fond of saying, they now fancy themselves to be virtual gods of Olympus, a law unto themselves. Whenever reality displeases them they pretend to ignore it, saying in effect, “We have the power, and we shall use that power to crush anything or person out of existence who tests us, although we prefer to ignore them.”

What has propelled Biden’s handlers, including, most significantly, Barack Obama, and the Washington Uniparty establishment into such a naked display of their intent is the fact that huge chunks of the citizenry remain devoutly loyal to President Trump. The Biden collective does not and cannot understand Donald Trump’s direct relationship with the forgotten men and women of the country, a relationship which is a power in and of itself, completely outside the realm of traditional corrupt Washington politics. Those in the Trump movement know that no matter what, Donald Trump will continue to fight for them. Biden et al. also vastly underestimate the intelligence of Trump’s supporters, as they have underestimated their resilience. They are now being reenforced by young people of every political persuasion, and organizing on several fronts at once.

The “thought crime” censorship underway and now openly endorsed from the White House is a major test of this new political formation, unleashed from the Washington politicos who traffic in complaints but do nothing. The parents, organizing throughout the country against the devolution of language, biological identity, and merit-based advancement, have created yet another major battle front. The investigations by Trump supporters throughout the country, but coalescing initially in Arizona, has resulted in a forensic audit of the 2020 election. Such audits are now being proposed in Georgia and in Pennsylvania. New ballot security measures are being put into place throughout the country, and, as importantly, ground organization for 2022 is being put into place. This is why the Democrats are apoplectic and fantasize about the Civil War.

Increasingly, the underlying assumptions of anthropogenic climate change, the establishment’s cult religion, are being challenged as fake science and a massive depopulation scheme. Anyone reading Klaus Schwab’s Fourth Industrial Revolution can see exactly where Biden’s masters would take us—a vastly depopulated globalist utopian order in which the rich and their “experts” preside over a slave society more extensive than any which ever occurred before in human history. As the Great Reset ideologues proclaim, “you will not own anything and you will be happy.” As fentanyl pours over the border and kills more people than COVID and as crime goes unchecked in the nation’s cities, piling up bodies each and every weekend, everyone knows who is responsible.

Trapped by their own system, the Federal Reserve, Biden, and the City of London have unleashed and propose to expand inflation in order to bail out the bankrupt international financial system. That inflation is now ravaging the poor and middle classes in what will be a new steal of the declining real wealth of American citizens—and others—just like in 2008, as my colleague Bruce Director argues. This time, however, no one will be fooled.

In short, if we analyze this absurd situation, Biden and the current Democratic onslaught are not sustainable. On their present course they are going to crash and burn. The question is, whether they take all of us with them. While Republicans in Washington complain endlessly about all of this, they are not proposing anything effective to change it. Our job is to replace the current corrupt elite so that a Trump second term is staffed by patriots who fight and think at the same high level as our founders.

We must also expand the scope of our counteroffensive. No one should provide a dime or an ounce of support to any politician who cannot tell you what they will do to reindustrialize the nation and revive fundamental science and engineering education in-depth and what concrete actions they have taken against the destructive path undertaken by Biden, et al. Do not provide a dime to anyone who cannot cogently discuss how they will implement Lyndon LaRouche’s Four Laws to Save the U.S.A.