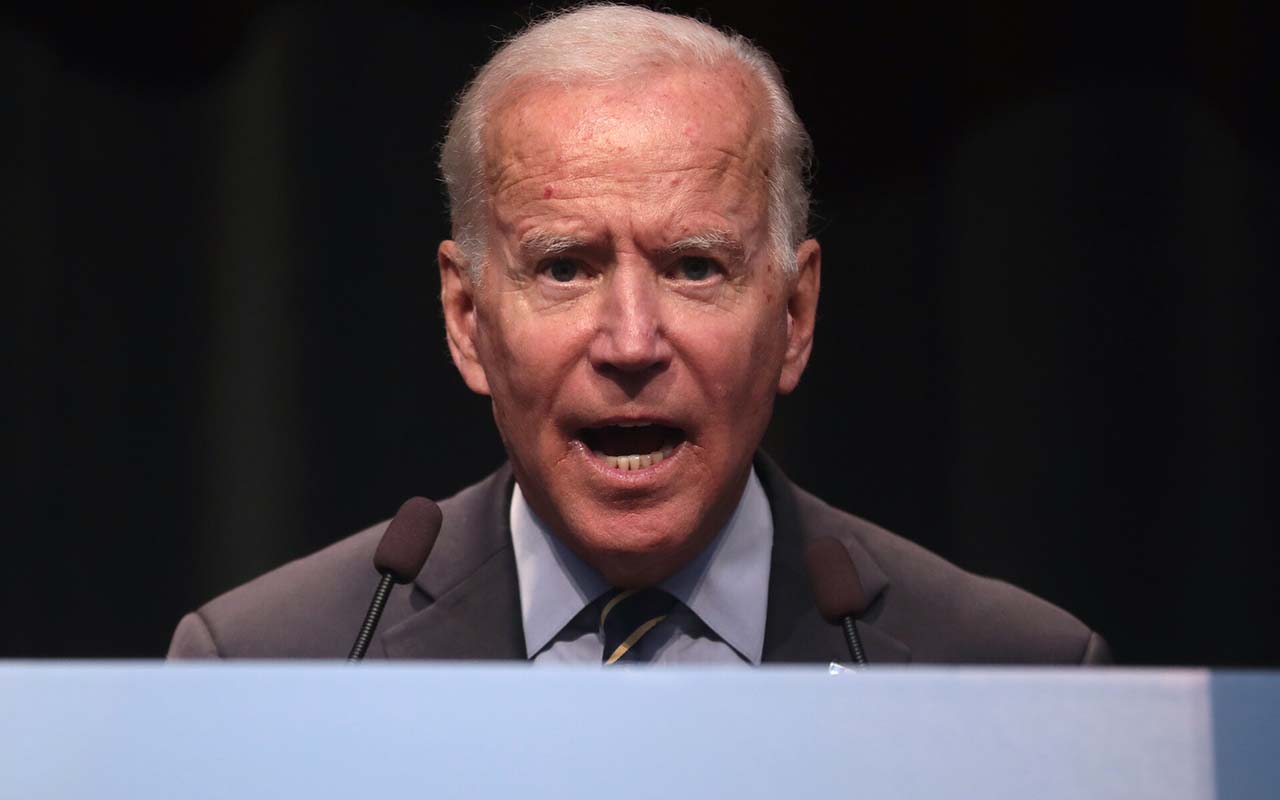 Joe Biden gave a completely deranged speech on January 11 at Morehouse College in Atlanta, Georgia. He hyperbolically called the three-hour riot on January 6, 2021 an attempted coup by President Donald Trump which “held a dagger to the throat of democracy.” For those familiar with the classic play Arsenic and Old Lace, he reminded this writer of the mad Teddy Bridgewater, the uncle who lived in the basement and deluded himself that he was Teddy Roosevelt, yelling “charge” every time he ran up the stairs. The Mad Hatter may be a more accessible popular reference. Biden once against referred to Kamala Harris as President and repeated already disproven claims about being arrested while fighting for civil rights.

The occasion was the opening of a desperate drive to abolish the filibuster in the Senate in order to pass voting rights legislation which would nationalize elections, institutionalizing the fraudulent practices which secured Biden’s election. Efforts by states to pass election security laws were analogized by Biden to the Confederacy and the Klan, repeatedly. The effort to abolish the filibuster and pass this legislation has no chance of succeeding as Senators Manchin, Sinema, and some other Democrats have said they will not vote for it.

The collective in the White House in part is trying to convince its progressive base and younger voters to turn out in the midterms by re-creating the inflammatory and total fake racial narratives which drove such voter turnout as there was against Donald Trump. It is to be noted that Democratic operatives have already confessed to Time Magazine that they rigged the 2020 election using the very practices which they now seek to impose permanently, nationally. Biden’s radical base was not impressed. Stacey Abrams, for example, failed to show up, citing a scheduling conflict.

But the more Joe fails the more Joe and his collective flail. Biden’s most recent confrontation with sanity occurred on the same day that his Department of Justice (DOJ) announced that it was forming a special unit focused on “domestic terrorism,” i.e., the majority of citizens resisting the mandates of Washington, which has been, since Biden’s presidency began, occupied territory where the inmates are running the asylum. With Donald Trump, there was a center for resistance, a font of rationality on the Potomac which had not existed for decades.

Accompanying the DOJ edict, Senator Ted Cruz, seeking to rescue his political hide, adamantly questioned FBI Assistant Director Jill Sanborn in the Senate Judiciary Committee on January 12 about what role the FBI played in instigating the January 6, 2021 riot. Sanborn declined to answer Cruz’s specific questions about whether or not FBI agents or informants played a role in instigating the violence on January 6 and specifically declined to clarify the role of Ray Epps, a man who started telling people to breach the Capitol on January 5 and, as seen on numerous videos from January 6, played a leading role in organizing the breach.

For months Epps appeared on FBI most-wanted posters and then mysteriously disappeared, without explanation or prosecution. The renegade January 6th Committee says Epps told them he was not an FBI informant or working for law enforcement on January 6. That leaves a host of possible three-letter agencies and associated private contractors as suspects. It is also noted that Executive Order 12333 allows the FBI and other agencies to lie about “counterterrorism” activities.

On January 5, 2022, Senator Cruz had displayed his true colors by declaring January 6 to be an attack on the Capitol by “domestic terrorists.” The remarks provoked a massive backlash nationwide which threatens Cruz’s political future. The backlash and Cruz’s forced turnabout are instructive as to how supporters of President Trump must treat the renegade U.S. Senate which effectively sabotaged the first Trump presidency. As for the fantasy narrative Nancy Pelosi is flaming around January 6, Americans ain’t buying it.

Also on January 11, internal emails revealed that Education Secretary Miguel Cardona solicited the now infamous National School Boards Association letter that called for using the Patriot Act against parents protesting mandates and the imposition of critical race theory in schools. There are now widespread calls for Cardona’s resignation. In short, the actual coup is beginning to be exposed and that is even before the economic tsunami which is about to hit exerts its full force.

As James Carville repeatedly said in 1992, “It’s the economy stupid.” Jay Powell and the Federal Reserve have no idea how to control inflation without crashing the economy. Joe Biden’s economists have no idea how to solve the supply chain problems which continue to leave store shelves empty. That is because they and many RINO Republicans are committed to a globalist economic model which is doomed to fail. Because of stoking energy prices based on the demands of the globalists to end fossil fuels, the Fed’s continuous easy money and Wall Street bailout policy, and the desire of American Tories to continue outsourcing vital production based on cheap labor, uncontrolled inflation is shaping up to be the most critical issue in 2022.

The solution resides in filling out, competently, Lyndon LaRouche’s design for re-Americanizing the U.S. economy, making it sovereign and productive again. That is what we believe President Trump intends with his reference to America First. There is a phase-shift now ongoing in the American population including among Democrats and independents, who realize the emperor not only has no clothes but is clinically insane to boot. Navigating our way out of this mess, by restoring America’s productive economy is the urgent task before us.