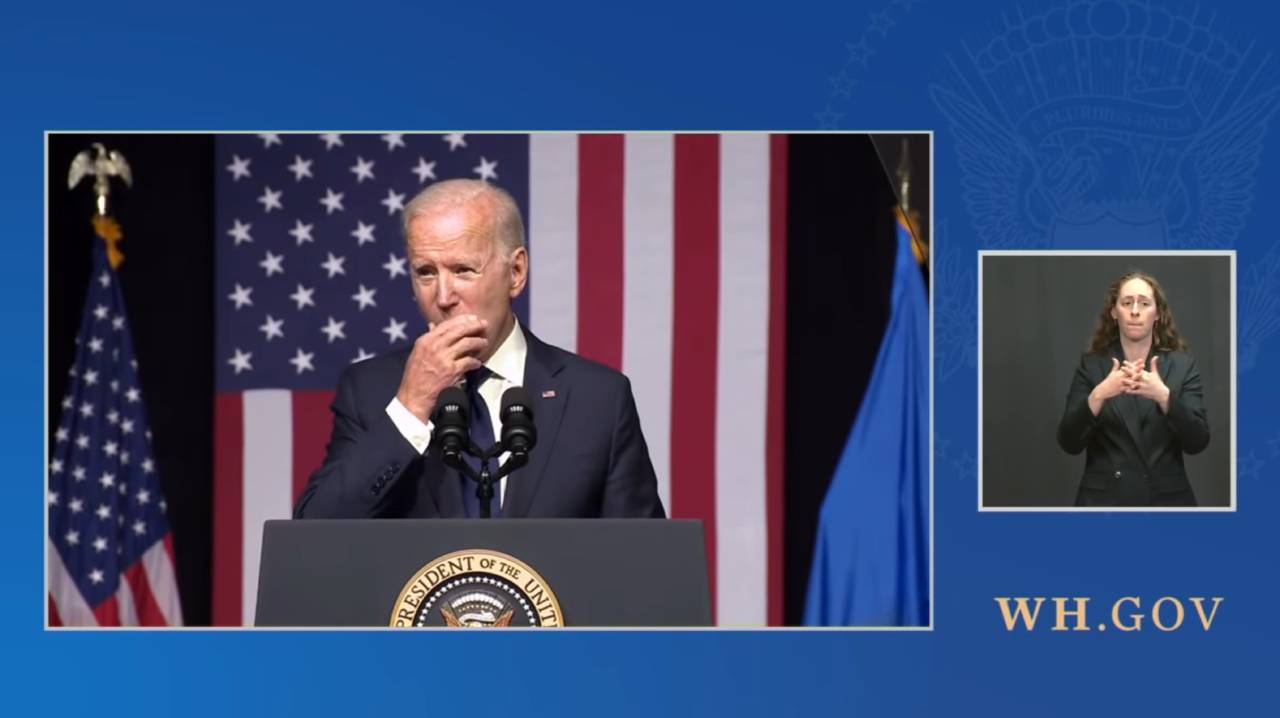 Joe Biden went to Tulsa, Oklahoma Tuesday, the site of the infamous Greenwood massacre of a prosperous black community by the Ku Klux Klan one hundred years ago. In his speech, he outlined various governmental measures which he says will equalize black and white wealth and cure “systemic racism.” He also claimed, fantastically that “terrorism” from “white supremacy” is the most lethal threat facing the nation, a continuation of his campaign to demonize and factionalize the seventy-five million citizens who voted for Donald Trump.

The polarizing idea of reparations via government program and the continuous race baiting of Trump’s supporters is meant to distract from the simple fact that Biden’s green efforts to wreck the U.S. economy, on orders from Davos, central banks, and Blackrock’s Larry Fink, will destroy us all and that campaign is now proceeding rapidly, beneath most radars.  Not only that, the critical race theory tenets which enthuse the occupant of the White House, will ensure that everyone is dumbed down to a state of narcissist idiocy, regardless of race, since the classical education which must be available to all and the social mores which accompany it, are now being abolished as “racist.”

The yammering braindead media will never tell you about the plagiarism behind this Biden speech—an act also of satanic hubris given Biden’s racist history. They also won’t tell you how the Greenwood massacre was set up by the Democratic occupant of the White House, Woodrow Wilson.  Wilson, the British tool and Democrat, revived the Ku Klux Klan from 1600 Pennsylvania Avenue in conjunction with D.W. Griffiths and Hollywood.

Greenwood was part of a series of massacres known as the Red Summer and executed centrally as black veterans returned from World War I, determined to claim their freedom while Wilson’s racist White House and cabinet were equally determined to break them.  While Biden dwelled histrionically on the grotesque minutia of the Greenwood slaughter in his speech, determined, he said, to “break the silence” he failed to credit 2020 Democratic presidential candidate Mike Bloomberg for having already “broken the silence” as the centerpiece of Bloomberg’s s failed 2020 campaign for the Democratic nomination.  Once again, Biden entirely plagiarized the entire Bloomberg frame.

Bloomberg came to Greenwood with millions in reparations, determined to use the massacre as the central prop in an all-out effort to buy the black vote.  Of course, the state of Oklahoma itself and Greenwood’s survivors had also broken the silence repeatedly with studies, commissions, and reparations prior to the arrival of these two race hypocrites.  The residents of Greenwood itself emerged from this horrific event to rebuild Greenwood entirely within two decades, at a time when the nation was still segregated.

As most know, Joe Biden’s 1994 crime bill, designed to protect his children from “predators,” incarcerated and destroyed the lives of thousands of black young men.  Bloomberg’s stop and frisk policies as Mayor of New York along with his overt racism, protected New York’s rich neighborhoods while allowing black and Hispanic neighborhoods to fester in overt poverty.  Under this Mayor, New York City became the most disparate wealth center in the U.S., with thousands of millionaires and over half of the rest of the population living at or below the poverty level.

Meanwhile, an all-out effort to rid this nation of fossil fuels permanently is now intensely underway per the demands of London’s central bankers and the oligarchs of Davos, led by Blackrock’s Larry Fink and the government of Joe Biden.  If they succeed, we will all bask in small racially and politically homogenous “communities,” reduced to a feudal level of economic existence.  We will be posting on that later this week.