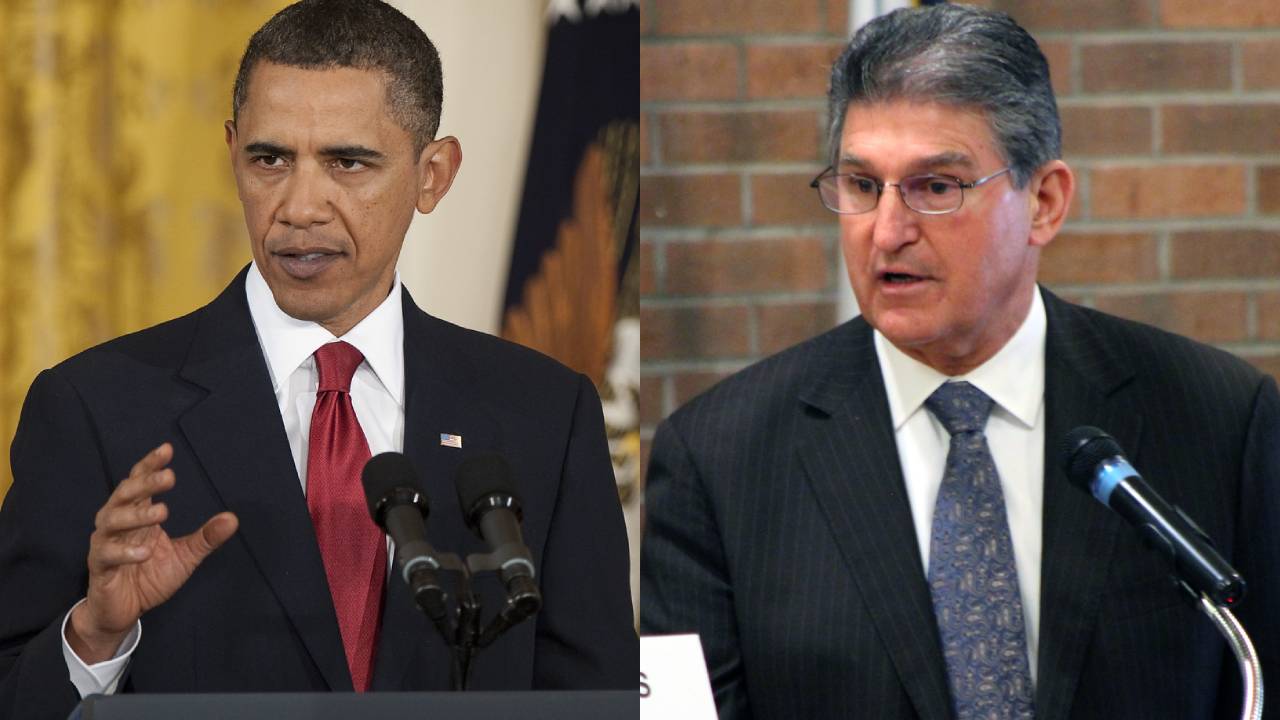 Barack Obama Targets Senator Joe Manchin - In an interview with CNN on Monday, June 7th, former President Barack Obama, seemingly on a permanent book tour to tout his voluminous recent erudite paean to himself, warned that American democracy was existentially under threat from the Republican Party and other racists still loyal to Donald Trump.

The Obama professorial freak-out, called out Republicans for their failure to adequately condemn those who rioted in the Capital on January 6th, Fox News for all division in the country, and others for rolling back the fraud accelerators at work in the 2020 election, all of which he blamed on endemic racism. He otherwise called attention in the interview to what he believes to be numerous profound insights gleaned from his disastrous presidency. He said that Republicans were destroying democracy in a series of steps, just like Poland or Hungary. It was the signal for Democrats to go full on psycho on Tuesday, in a day of rage and “collegial” pressure directed at one of their own, Senator Joe Manchin.

On Sunday, Senator Manchin had announced that he would not vote for the misnamed For the People Act, Senate Bill 1, sending that extraordinarily dangerous Biden/Obama piece of legislation into at least temporary legislative purgatory. Civil rights organizations supporting the Bill and Senate Democratic colleagues lobbied Manchin all day on Tuesday as other leaked his address and profiled him as an unrepenting racist.

Joe Manchin represents West Virginia which voted 70 percent for Donald Trump. It is also dependent on fossil fuels for its current economic existence –the same fossil fuels which Biden and his collective are targeting for complete elimination. Senator Manchin is the critical vote in a 50-50 U.S. Senate on any number of Biden Administration initiatives. He and Democratic Senator Kyrsten Sinema from Arizona have stood in the way of what was supposed to be a Biden Administration legislative steamroller.

As noted in The Hill: “Among the many worrisome provisions included in the For the People Act are a ban on state voter ID laws, a mandate requiring all states to allow mail-in voting and prohibitions on any attempt by states to require a witness signature or notarization when casting absentee ballots. In other words, the For the People Act would effectively make it impossible for states to guard against even the most basic forms of voter fraud.”

In an editorial in the Charleston Gazette-Mail on Sunday, Senator Manchin said, “I believe that partisan voting legislation will destroy the already weakening blinds of our democracy, and for that reason, I will vote against the For The People Act,” Manchin wrote in his article.

Other moderate Democrats share Manchin’s beliefs but are intimidated by the radical left and its political terror machine, the one Barack Obama was attempting to call into battle on Monday night.

Many young Democrats, however, hold Barack Obama in absolute contempt. Bad Faith, the millennial YouTube chat for DC’s political millennials featured a discussion on June 8th concerning Obama’s narcissism in which the jokes concerning it had clearly been repeated many times. The comments concerning this YouTube segment were even more spot on and revealing of the contempt in which those young politicos who know him, hold Obama.

Senator Chuck Schumer said he will put the For the People Act up for a vote at the end of June. The Democrats are scrambling to figure out ways to get past Joe Manchin who could emerge as a national hero if he holds his ground.