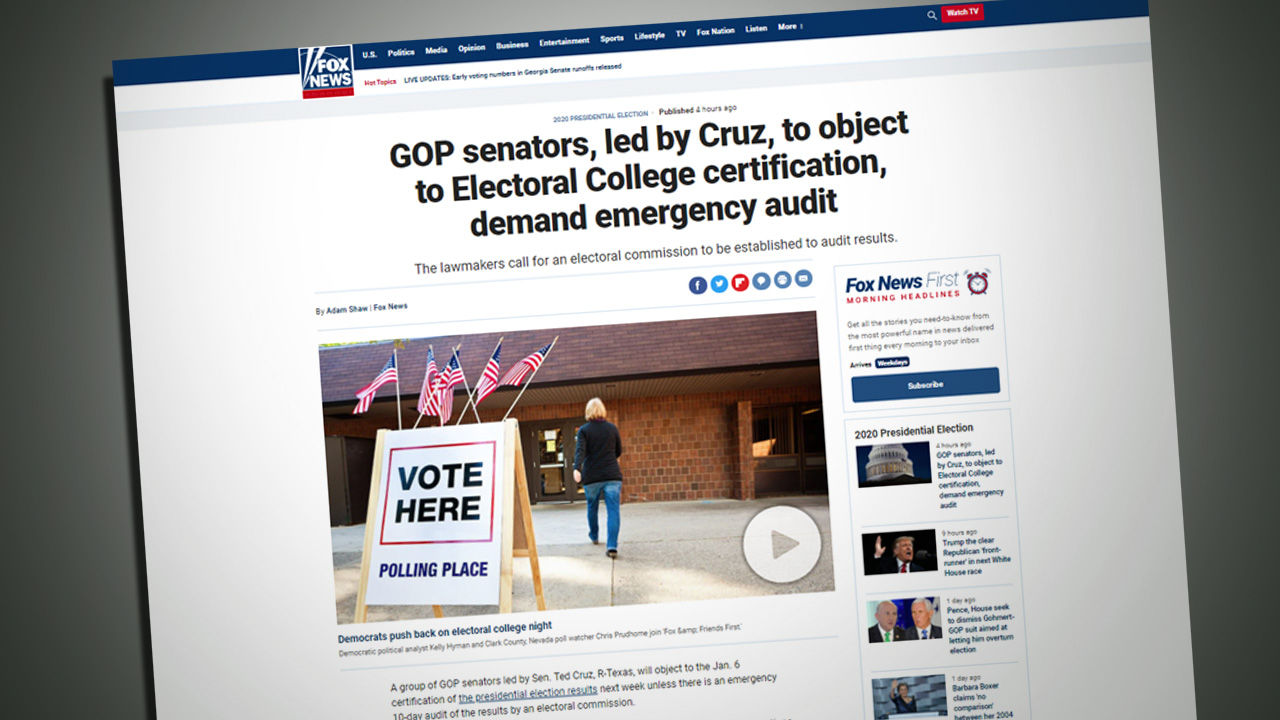 If you had allowed yourself to get even vaguely doubtful about the resoluteness with which the American people are fighting to overturn the fraud of this election, you had to wake up with enormous hope today.

This is entirely separate from Senator Josh Hawley’s courageous lead in stating that he would break Senator Mitch McConnell’s corrupt Senate controls and attempt to do justice. It is also separate from some 140 House members who have announced that they will not vote for fraudulently certified electors.

This happened because the American people are responding to the President’s call to count the legal votes and place him in the second term he won. They are mobilized now, demanding justice from their state representatives and from the Congress and will continue that mobilization in the massive rally in Washington and in state capitals on January 6th. This happened because Republicans realize the old GOP establishment is corrupt and dead and that Trump represents a new alliance of the working and middle classes of all colors and creeds which turned out on November 3rd in the millions and which is now outfoxing the Washington swamp. This happened because Americans realize that everything is at stake in how we respond to this moment and that Biden and the Democrats are promising us fascism.

LaRouchePAC will be out in force on January 6 in Washington, DC and in key state capitals, carrying the banner: "President Trump: Defeat the Brutish Empire; Complete the American Revolution!" Are you going? Let us know your rally plans so we can join forces!

Here at LaRouchePAC we will continue to fight for the continuing new American revolution based on Lyndon LaRouche’s economic, scientific, and foreign policies, the necessary additional force which can win this fight. Help us do this.