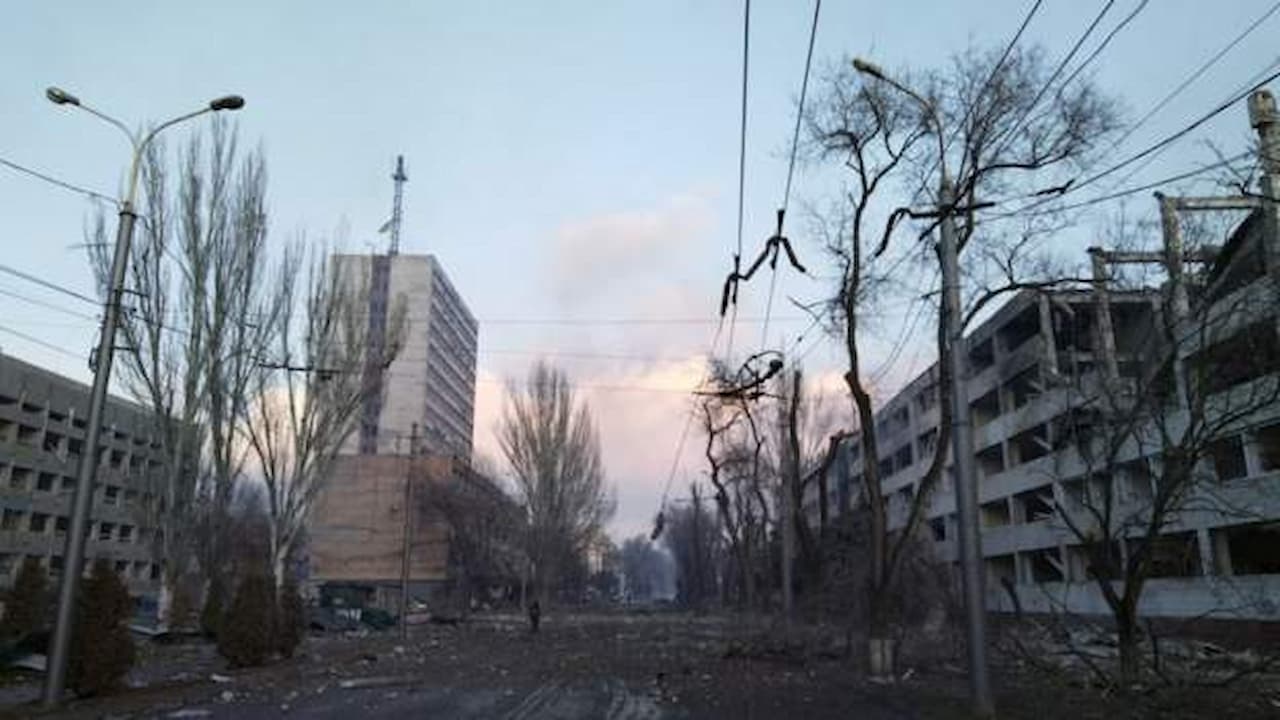 The late Australian Journalist Philip Knightly published an article in the Guardian on October 3, 2001, just weeks after 9/11.  Knightly studied the intelligence services, journalists as war correspondents, and the propaganda used to mobilize nations for war throughout his life.  He said, “The way wars are reported in the western media follows a depressingly predictive pattern: stage one, the crisis; stage two, the demonization of the enemy’s leader; stage 3, the demonization of the enemy as individuals; and stage four, atrocities.”

With the report that the Russians bombed a maternity hospital in Mariupol, we have now reached the “atrocity” stage of the psyop scheme defined by Knightly.  It is aimed at getting you to buy the bull aimed at you in the new “war emergency” which has replaced the “COVID emergency.”  As the journalist Max Blumenthal put it on his twitter account, “200,000 small businesses were wrecked and millions left jobless and alone in the name of public health. Now gas and food prices must surge to protect freedom and stand for Ukraine. You will own nothing and be happy, and if you don’t like it, you might be a Russian conspiracist.”  Owning nothing and being happy is what the globalist World Economic Forum once saw as their goal for the working and middle classes by 2030, a population much reduced in size by premature deaths and a lack of new births.  That goal can only be reached by destroying the United States.  It should be obvious that the timeline has been accelerated.  Now, the continued resistance of the American people could mean that Donald Trump or some other actual American could be elected President in 2024.

The maternity hospital bombing story has all the features of the atrocity story which mobilized the American public for the Gulf War of 1990-91.  It was claimed that Iraqi soldiers had burst into a modern hospital in Kuwait, gone to the premature babies ward, and then tossed the babies out of the incubators and onto the floor, so that the incubators could be taken back to Iraq.

As Knightly reports it, the alleged incident was first reported in the London Daily Telegraph of September 5, 1990, but it lacked a human element.  That was provided by the October testimony to the Human Rights Caucus of the U.S. Congress by an alleged 15-year old Kuwaiti witness known only as “Nayirah.”  President George H.W. Bush referred to this story six times in the runup to the Gulf War to illustrate the evil of Saddam and Iraqis generally, and subsequent studies showed that this was the definitive moment in convincing the American people of the need for that war.

Two years later, the truth came out.  The Kuwaiti government, through a front called the Citizens for a Free Kuwait, had paid the PR firm Hill & Knowlton $10 million to campaign for American intervention to oust Iraq from Kuwait.  Nayirah was the daughter of the Kuwaiti Ambassador to the United States, and Hill & Knowlton had spent hours coaching her testimony.  The invasion of the premature babies ward?  It never happened.

Today, Mariupol is the home of the Nazi Azov Battalion when it is not on the front in the Donbass. Russia says that it did not bomb the hospital, although it reported to the UN three days earlier that the hospital had been taken over by Azov, which was using it as a base.  The patients, doctors, and nurses had been evacuated.  Expect more fake atrocity stories in the next few days.  The difference between this story and the Kuwaiti babies story is that cancel culture is in overdrive, ensuring that the actual facts will never come out, even two years late.  The other difference is that no one might be around, since we are tempting the fate of all of humanity in a potential nuclear war.