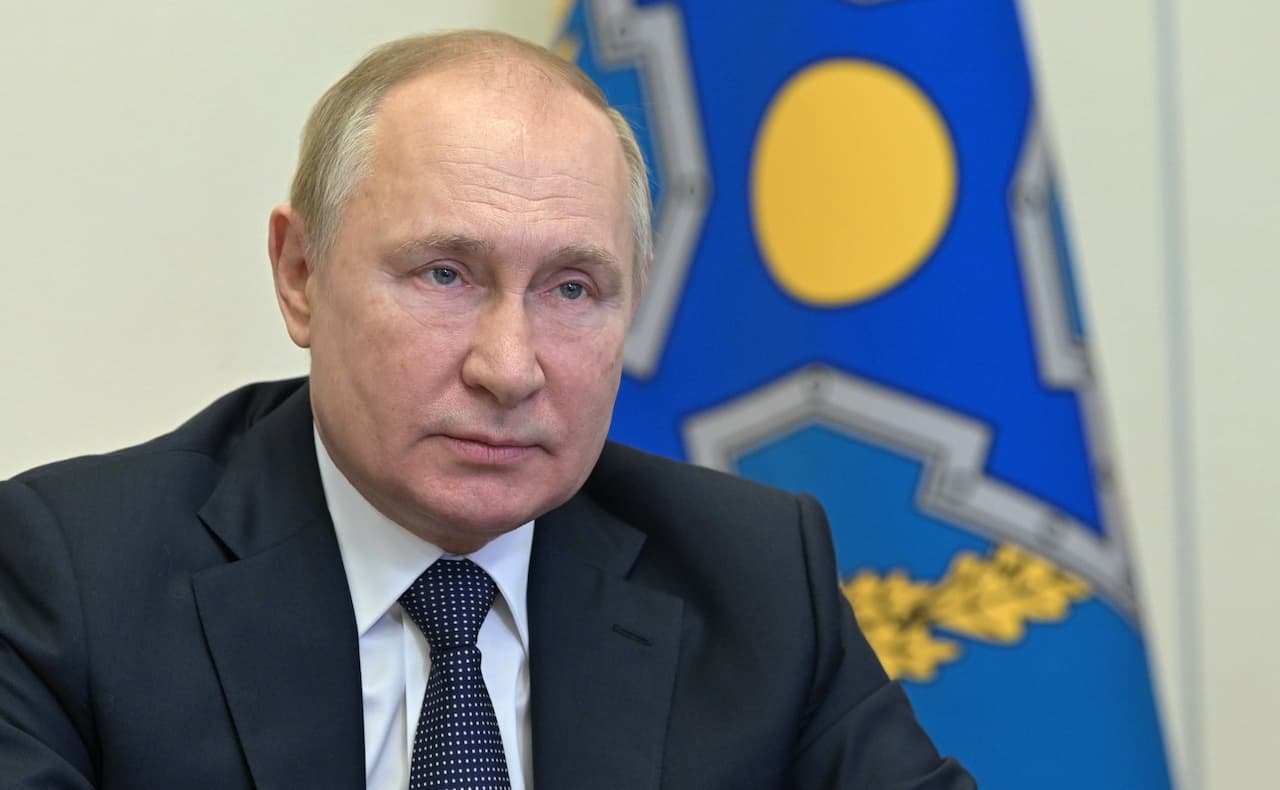 Now that the negotiations between Russia and the United States concerning NATO expansion along Russia’s borders have completely collapsed, the world awaits what comes next and has every right to be very anxious. Washington is drunk on the Cold War and a messianic vision of its own power and might which, in reality, is like that of the Wizard of Oz once the curtain was pulled back.  There sat not an all-powerful wizard but a very old and worn man.  The U.S. has no answer, for example, to Russia’s recently commissioned hypersonics or its ability to maneuver quickly in a theatre in which it has had centuries of presence.

So, Washington’s fevered delusions are about to be rudely broken.  Anyone temporarily entranced by the anti-Putin vitriol being pumped as patriotic in the media should ask themselves whether we would tolerate a Russian military presence and hybrid warfare operations directed from Mexico, Cuba, or Venezuela against the United States.

Exactly what Putin will do in response is unknown.  The one thing that is clear, based on his history, is that it will be a surprise and it will probably be a multi-faceted surprise at that.

While Washington claims he will conduct a full-scale invasion and occupation of the Donbass in Ukraine, the most likely scenario for any Russian intervention there, would result from the British-controlled NATO and the mad uniparty on the Potomac staging a provocation in the Donbass which jeopardizes the lives of the Russian citizens who live there.  True to form, on the afternoon of January 14th, the Biden Administration started circulating “intelligence” stating that Russia was infiltrating agents to conduct a false flag operation in Eastern Ukraine, pointing to just such a provocation, orchestrated not from Russia but from Washington, London, and Brussels.

Col. Doug Macgregor is a storied soldier whom Donald Trump appointed, late in his term, to get the U.S. out of Afghanistan, Syria, and Iraq.  Aaron Mate interviewed him on January 6th about the long history of Russia and Ukraine, the 2014 coup in which the U.S. overthrew the duly elected government of Ukraine in order to transform that country into a platform for warfare against Russia, and the insanity in Washington which is bending the world toward a completely unnecessary and dangerous conflict.

The U.S. and the British insist that they have the right to run military platforms right along Russia’s borders despite the fact that the United States gave its absolute promise to Russia that NATO would not be expanded in this fashion as the Soviet Union collapsed.  The interview is must viewing for those awake to our present peril.

In the interview, Col. Macgregor described Trump as “too nice” and too accommodating to members of his own party, particularly those in the Senate, who betrayed him at every turn.  He pointed out that former CIA Director and Defense Secretary Bob Gates, “a card carrying neo-Con,” suggested many of Trump’s appointees, and that Mike Pompeo and almost all of his national security appointments  were war-party disasters conniving against the President at every turn.  The appointments were accommodations to Washington’s Republican Party.

Glenn Greenwald also recently cast more light on the corrupt operations of the Republican Senate, suggesting that Trump wanted to pardon Edward Snowden and possibly Julian Assange, but was threatened with Republican defections on the second impeachment vote if he did so.

The uniparty was planning to use a successful impeachment vote to bar Trump from ever again running for federal office, an idea which is now being resurfaced around the renegade January 6th investigation.

Col. Macgregor notes that the only way to deal with “occupied Washington,” is to be feared rather than liked.  Rather than cultivating anyone with an established Washington pedigree, Trump should have been “striking fear in them,” something which Macgregor says he advocated.

Trump seems to have picked up on Macgregor’s comment in recent interviews, noting that he came to Washington naïve, that some say he was “too nice,” and that he is now determined to use what he has learned to actually drain the swamp.  Given the unprecedented level of attacks and soft coup conducted against him, he has repeatedly noted that first he had to survive, while maneuvering to get as much done as possible within that framework.

The most important difference now, however, is among President’s Trump supporters, who increasingly realize the nature of the war they are in for the country.  There are no more illusions.  It is not enough to show up, vote, or express support.  This movement must prepare itself now to take over the government and lead it.  This movement must now also refuse to back any candidate who backs Washington’s war party, or the continued role of the United States as world gendarme for the British Empire.

In 2016, Mike Lofgren published a book titled, “The Deep State: The Fall of the Constitution and the Rise of the Shadow Government.” Based on his long experience as a key Liberal Republican staffer on the Appropriations and Defense Committees of the Congress, Lofgren portrayed a three-legged stool actually running the government, post 9/11:  Silicon Valley, Wall Street, and the defense industries.  It has morphed into an ever-more powerful form than President Eisenhower ever imagined in describing the danger of the “military-industrial complex.” Lofgren points out that Congress is entirely compromised by this entity, the national security state does its bidding, and that Presidents are largely powerless against it.

Lofgren provides a very detailed account of the workings of this entity but errs in two main ways.  He provides a superficial media-driven view of Donald Trump.  Most important, he also utterly fails to recognize that this three legged stool in the United States serves a globalist master, the modern British Empire operating from London, Brussels, and New York.  It is worth reading, nonetheless, in order to begin to understand the operations of this enemy which must be dismantled if the republic is to be saved.

On April 29, 1938, Franklin Roosevelt delivered a message to Congress which began as follows:

“Unhappy events abroad have retaught us two simple truths about the liberty of a democratic people.

“The first truth is that the liberty of a democracy is not safe if the people tolerate the growth of private power to a point where it becomes stronger than their democratic state itself. That, in its essence, is Fascism—ownership of Government by an individual, by a group, or by any other controlling private power.

“The second truth is that the liberty of a democracy is not safe if its business system does not provide employment and produce and distribute goods in such a way as to sustain an acceptable standard of living.”

Both points, succinctly stated, define the actual battle to be waged in 2022.