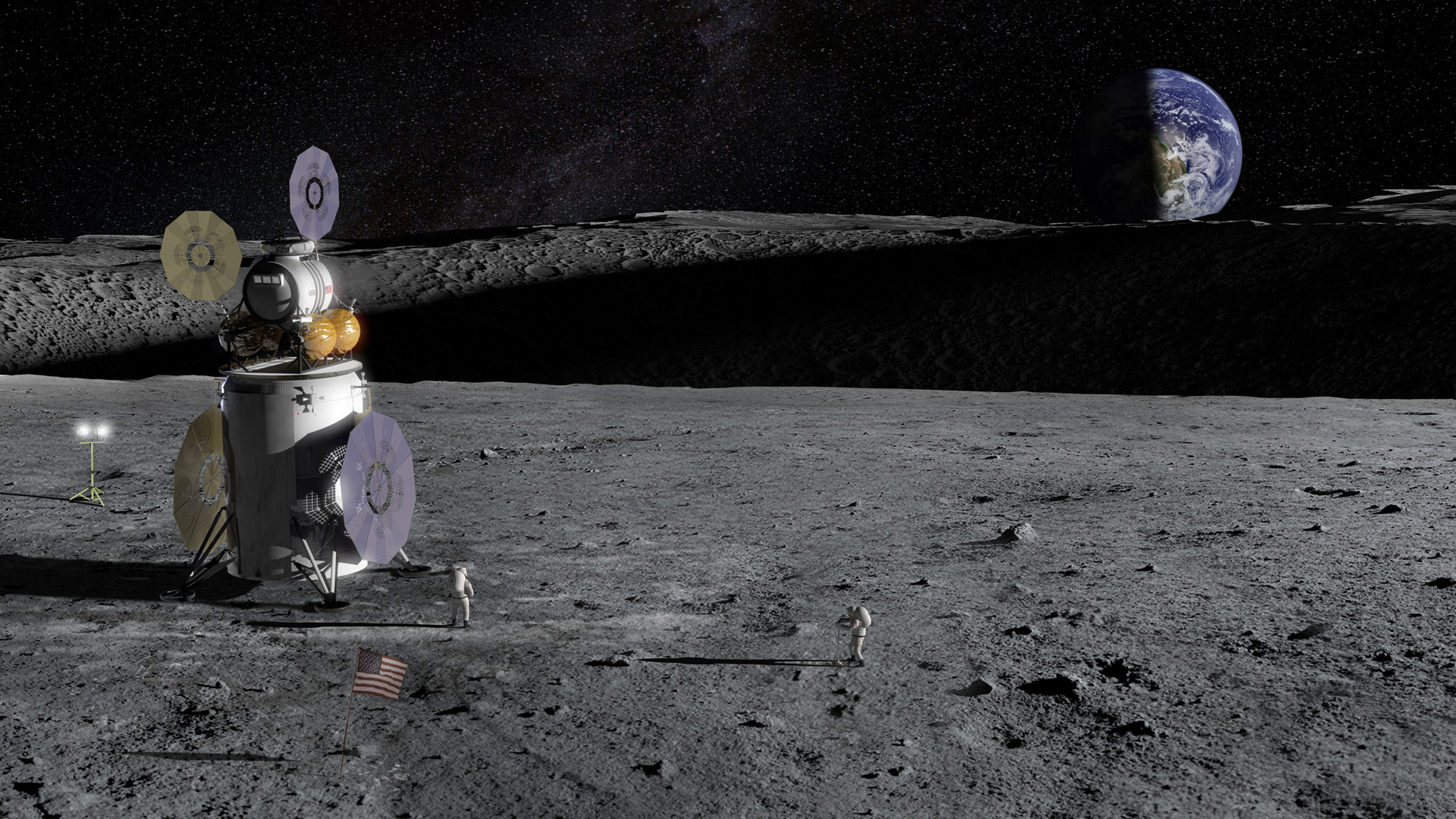 President Trump's Project Artemis is not only a return to the Moon by 2024, but the establishment of a permanently manned base on the Moon by 2028—providing key steps towards Lyndon LaRouche's outline for a Moon-Mars colonization program.  This is the greatest endeavor of exploration in human history, and represents an evolutionary leap in mankind's existence in the Universe, similar to the first emergence of life onto land from the primordial oceans 430 million years ago.

This project is critical to the restoration of a pro-growth, industrial and manufacturing-based United States economy, and to a new global system based not on monetary globalization, but based on the industrial development of all nations and people.

Both the Artemis project and the unique perspective of space colonization defined by Lyndon LaRouche were discussed in depth during a special August 15, 2020 video seminar with Michael Steger, Kesha Rogers, Brian Lantz, and Ben Deniston.

The individual sections of this three-hour event have been separated and provided below as individual videos (for a less produced version of the whole event click here), and key background material from Lyndon LaRouche is listed below as well.

The Science of Strategy: Stop the Coup! — Introduction by Michael Steger

Michael has been organizing the West Coast operations of LaRouchePAC since 2015, and worked on the National Policy Committee beginning in 2012. He provides the strategic context for the subsequent discussion on Project Artemis, a permanent Lunar colony, and the implications for the economy, including a new era of peace.

The Space Program: The Next Step in the Evolution of the Human Species — Kesha Rogers

Former candidate for U.S. Congress and long-time associate of Lyndon LaRouche, Kesha Rogers presents mankind's unlimited potential in space. Mankind unlike any animal species has broken through boundary conditions and made leaps forward in the scientific and technological progress of the human species. We have spoken on many occasions of the great German-American space pioneer and rocket scientist Krafft Ehricke, who was more than just a rocket scientist, but like Lyndon LaRouche who expounded greatly on the idea, recognized that there are no limits to growth. That, as Krafft Ehricke emphasized, "Nobody and nothing under the natural laws of this universe impose any limitations on man except man himself."

Realizing Artemis: a Space CCC and the Means to Moon Colonization — Brian Lantz

In this presentation, Brian Lantz presents the necessity of a Space CCC program, and then a detailed outline of the hands-on process of Moon colonization. That effort has now begun with NASA's Project Artemis, as pioneered by President Trump. Lantz discusses the emerging roles of additive manufacturing (3D printing), advanced forms of nuclear energy, and discoveries in chemistry to tame and master the Moon's regolith and environment, as we also advance Mankind's knowledge of the Earth/Moon/Mars domain and beyond. We are "Go" for launch!

The Science only Space can Bring — Ben Deniston

Ben has worked with LaRouche's scientific team, the "Basement," since 2010, investigating key breakthroughs in the history of science and frontier of future science.  In this event he covers the new levels of scientific investigation uniquely provided by a Moon-Mars colonization program.

The Science and Technology Needed To Colonize Mars

Mr. LaRouche's 1986 space colonization paper discussed throughout the event, "The Science and Technology Needed To Colonize Mars," is available here, part 1 and part 2.

We Commit to the Moon-Mars Mission

LaRouchePAC's 2019 petition, "We Commit to the Moon-Mars Mission," is available here.  Sign to show your support for the President's space program!

In 2009 Lyndon LaRouche called for a 50-year Moon-Mars colonization mission to be the driving element of a new global economic order led by the USA, Russia, China, and India.