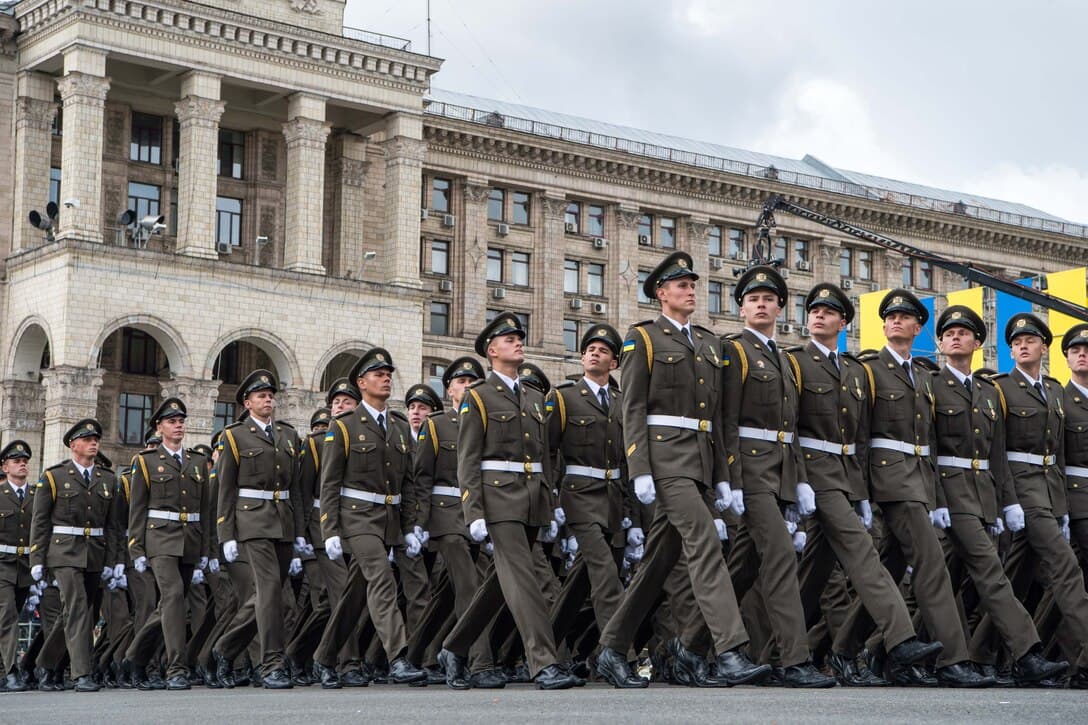 After only a year in office, Biden is sending American troops overseas to challenge alleged misbehavior by another “autocrat,” a “dictator,” Russia’s President Putin.

We’ve seen this movie before, and Congress’s phones are ringing off the hook. The voters insist that we should be solving our own problems here, rather than problems in Europe. We should be protecting our own Southern border, flooded by drugs and illegals, not Ukraine’s border.

Look back to when the Cold War ended in 1988-91, with the end of European communism and the dissolution of its Warsaw Pact military alliance and the Soviet Union itself. At that time, the predominant view among Russians and Americans—and even in the Bush, Sr., and incoming Clinton administrations—was that America and the new post-Communist Russia were allies on some level. After all, Russia had supported us in our Revolution and our Civil War, and then allied with us in World War I. Stalin’s Soviet Union had been our strongest ally in World War II. And now the Russian people had overthrown Communism.

At that time, Lyndon LaRouche had drafted concrete and inspiring plans for joint economic development across the old East-West divide, culminating in a development corridor all the way across Eurasia. It would cross over into the Americas over the Bering Strait. He called it the Eurasian Land-Bridge; it would be a giant bootstrap for the economy of the entire world. LaRouche found enthusiastic support in Western and Eastern Europe, and in his several trips to meet with notables in Russia.

US-Russia ties began to go sour when Russian President Yeltsin was persuaded to bring in Harvard University and British Prime Minister Thatcher’s advisor Sir Keith Joseph to oversee “economic reforms” in 1992. Wall Street and London sucked Russia dry, as its state-owned industries were sold off to a select few for pennies on the dollar. Russians lost all their savings overnight and were reduced to penury; food consumption plummeted, and male life expectancy fell into the 50s.

It is because he led them out of this disaster during the 2000s, that Putin is a hero to most Russians.

But then, in any case, communism no longer threatened Europe. And the United States was more secure than ever in its history, with no foreign adversary willing and able to cross the ocean to attack us.

The Cold War was over at last—but the globalist financier forces behind the Federal Reserve and the world central banking system wanted it back. They would not give up their ability to control nations by pitting them against each other; they could not accept a future of peaceful economic and scientific development of sovereign nations on Earth and out into the Solar system.

NATO had been formed in 1949 to protect Europe from the Soviet Union and its Warsaw Pact military alliance. Now both were dissolved. NATO should have declared victory and wound itself up. Instead, Washington was lured into the fateful blunder of expanding NATO all the way to Russia’s borders!

The US had promised the Soviets, that in exchange for their agreement to reunification of West Germany with formerly-Communist East Germany into a unified Germany within NATO in 1990, that NATO would never expand “one inch” eastward from the German border.

President Clinton’s decision to break this promise was opposed by many prominent Americans across the political spectrum. George Kennan, earlier the author of the US 1940s policy of “containment” against the Soviets, wrote to the New York Times in 1997, “Why, with all the hopeful possibilities engendered by the end of the Cold War, should East-West relations become centered on the question of who would be allied with whom and, by implication, against whom in some fanciful, totally unforeseeable and most improbable future military conflict?”

“[B]luntly stated . . . expanding NATO would be the most fateful error of American policy in the entire post-Cold War era. Such a decision may be expected to inflame the nationalistic, anti-Western and militaristic tendencies in Russian opinion; to have an adverse effect on the development of Russian democracy; to restore the atmosphere of the cold war to East-West relations, and to impel Russian foreign policy in directions decidedly not to our liking . . . .” [emphasis added] https://comw.org/pda/george-kennan-on-nato-expansion/

Yet, since 1997, NATO has expanded to include not only the former members of the Warsaw Pact, but even the former constituents of the Soviet Union in the Baltic, putting it directly on Russia’s borders.

In 2014, Victoria Nuland and her State Department neocons led a bloody coup against the duly elected government of Ukraine, putting a government in power controlled by actual, flag-carrying neo-Nazis.

Since then, a hostile, fascist government has controlled this huge, most sensitive part of Russia’s western border. Not only that. NATO says it is considering Ukraine for membership. Would we allow Mexico to join a hostile, foreign military alliance?

Russia’s territory is not protected by oceans, like ours, or by high mountains.  The Ukraine border is the largest part of the open territory through which some invaders from the West, like Hitler, have entered Russia.

In raising the issues of NATO expansion, Ukraine, and the issue of strike weapons on Russian borders, President Putin is pointing towards just the issues which have been used to artificially pit Russia against the United States. They should be discussed, rather than dismissed by mindless Secretary Blinken and National Security Advisor Sullivan, or “Wynken, Blinken and Nod,” as they are known.

Russia is not about to invade Ukraine, as even Biden has had to admit after weeks of hysterical statements and doctored photographs. Even Ukraine’s president Zelensky has told him so.

Rather, Russia demands a discussion of their security requirements as we have discussed.

There are very credible reports that the “Ukraine invasion” hoax has been preplanned as an excuse to introduce “devastating sanctions” against Russia, which will supposedly hit so hard as to remove it as an international or European factor, in order to then refocus the endless-wars machine against China. These reports are buttressed by the fact that the 2022 National Defense Authorization Act, which passed Congress last year, already contains some of these “devastating sanctions.” Most of continental Europe, especially France, Italy and Germany, opposes the whole idea.

If this is allowed to proceed, none of it will work. It will fail totally, as every part of the endless-war policy has failed for over thirty years. But its failure will fall on the heads of the American people.

Sen. Josh Hawley of Missouri is to be congratulated for telling Biden to block any admission of Ukraine to NATO. Any US Senator or Representative who falls for these tricks is unqualified for office by reason of stupidity or corruption, and must be removed, to clear the way for a government which represents the real America as a nation of producers, rather than the financiers and defense contractors.