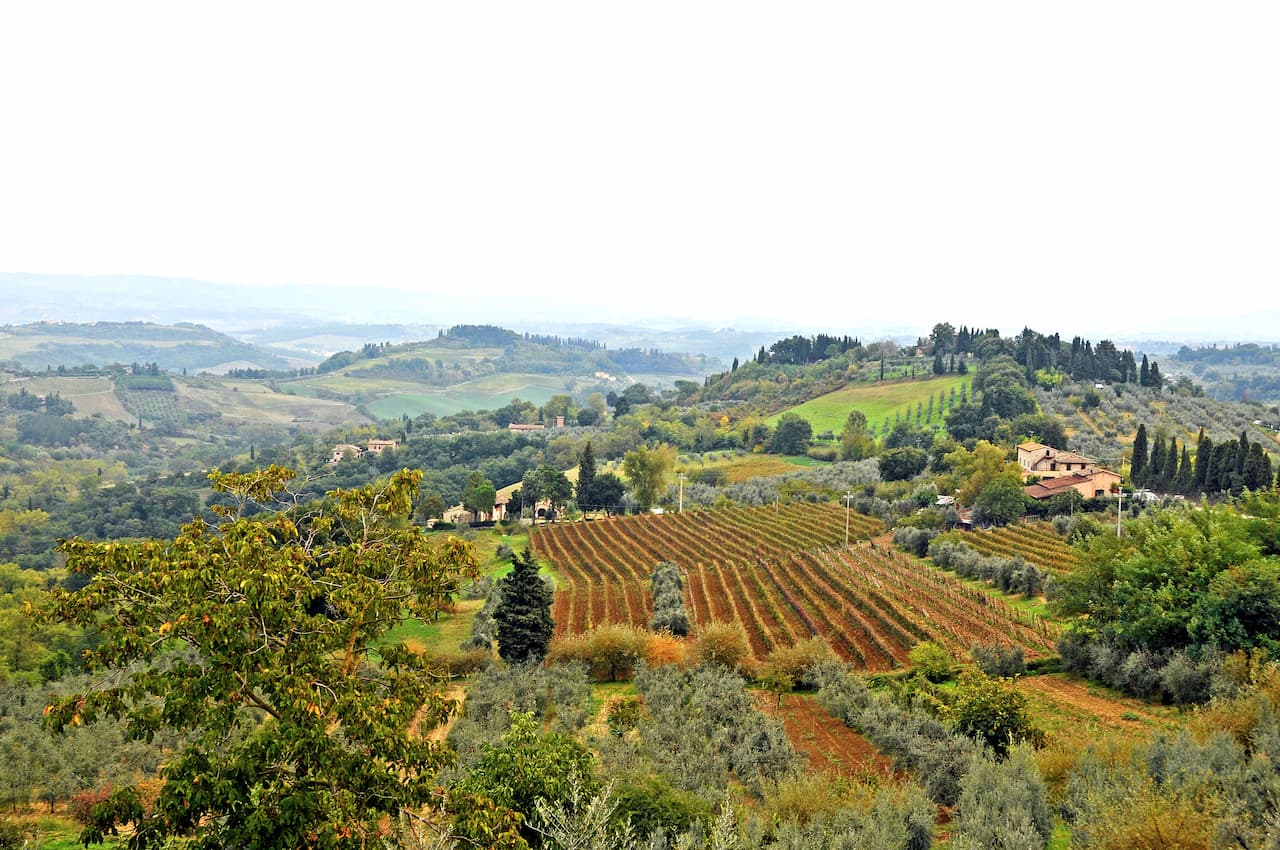 On a recent tour of Tuscany, I had an opportunity to have several in-depth discussions with our guide, Gianluca, a quite knowledgeable and observant Italian who had lived in the US for about twelve years until 2010. This, in addition to extensive interaction with clients from all over the world, gives him a unique viewpoint from which to observe the political, economic, and cultural trends in Italy and Europe and being an animated and loquacious personality, he was quite willing to share his thoughts with us.

After some conversation on the general condition of the ordinary working people with which he very much identifies, I asked him whether he thought most Italians blame the high prices of gasoline and electricity on Russia or the EU or the government in Rome. He said that most people don’t trust either the politicians, much less the eurocrats and are still, outside of a perhaps 20% minority who are, in his words, “brainwashed by the mass media,” well disposed towards Russia. “Most people really just want this to be over,” was his characterization. It was at this point that he launched into a denunciation of the media and the corporate power behind them saying, “I was through with the media when I found out that they lied to us about Ukraine. The US and NATO overthrew a democratic government using real Nazis! There was even some woman from the US government handing out cookies!” When I said “Victoria Nuland,” he said, “Yes! So you know!” He knew then that he had found a kindred spirit and really started to unload. It was like he had been waiting for years to have a real discussion about meaningful things and was so excited and grateful.

“I have to be careful who I talk about these kinds of things,” he said, “my friends think I’m crazy and I don’t want to alienate my clients, but...” He then went on to say that there is an independent TV station that he watches and has formulated a theory that all of  the wars since the fall of Communism --Yugoslavia, Iraq, Libya, Syria and especially Ukraine --have been part of a plan for world domination by the banking and corporate elite.  But even though a sizable percentage of people in Italy believe this, they are afraid to speak of it openly. “But you know even more than I do and know all the history behind it and speak right out!” He expressed great admiration for Americans who are now organizing resistance to the globalists and although somewhat ambivalent about Trump, personally, nevertheless understands that his support is connected to this process.

Although perhaps not as intensely as in other parts of Europe, Italians are really beginning to feel the pinch of higher energy prices. “Here we are, a modern, industrialized European country and they’re telling us to burn wood this winter!” He is convinced that real resistance will begin only when this gets really bad, maybe this coming winter.

As we approached the first of the beautiful Tuscan cities which we toured, Siena, where Gianluca in fact lives, the character of the discussion deepened and the deeply rooted pride that thoughtful Italians have in their history and culture blended with, and colored, the perspective on the present. I commented that the ubiquitous presence of walled towns with their battlements and towers is a reminder that the history of Europe and indeed mankind is one of almost constant warfare and generally miserable conditions for most of the population, only demonstrating a degree of hope with the glorious achievements of Ancient Greece and the Florentine renaissance. He was fascinated to learn about the connection of great thinkers like Cusa and the voyages of discovery whose purpose was to found a form of society which reflected the true creative nature of Man, ultimately culminating in the founding of the American Republic. “I always loved America, but now, even more,” he said.

We spoke of many things that day and those that followed, from the sublime to the ridiculous, one might say. Gianluca loves American muscle cars, Costco, and disco dancing, but also has a deep appreciation for, and knowledge of, wines, viniculture, and the history of science and renaissance architecture, which he was very happy to be able to share with us in a more profound way than with others. He assured us that he is definitely not alone in an indignation at the erosion of his country’s culture and society from the pervasive influence of American consumerism, “We have some of the best food in the world, and these stupid Italians want MacDonalds!”

He and many people like him also see the unchecked immigration in much the same terms. He believes that the EU bureaucracy is deliberately trying to destroy Italy by discouraging family formation, largely by simply making it nearly impossible, economically, to have children, while encouraging poor and desperate people to come here when, if they had a decent life and not the incessant warfare and other conditions imposed on them by the same globalist powers, they wouldn’t need to  leave in the first place. “Soon there will be no more Italians left, we’ll be just another poor African country.”

This explains the recent election victory of Giorgia Meloni, who has tapped into the same process as has Trump. It is reassuring to know that the same basic underlying political and cultural instincts that have emerged with the patriotic mass movement in the US are universal and have to do with the very nature of human beings. But the fact that enshrinement of these as political rights is unique to the US constitution and that is what makes America’s leadership in the struggle to defeat the globalists so critical. “We Italians just like to argue and then do nothing, you guys have to lead it,” was the way Gianluca put it.