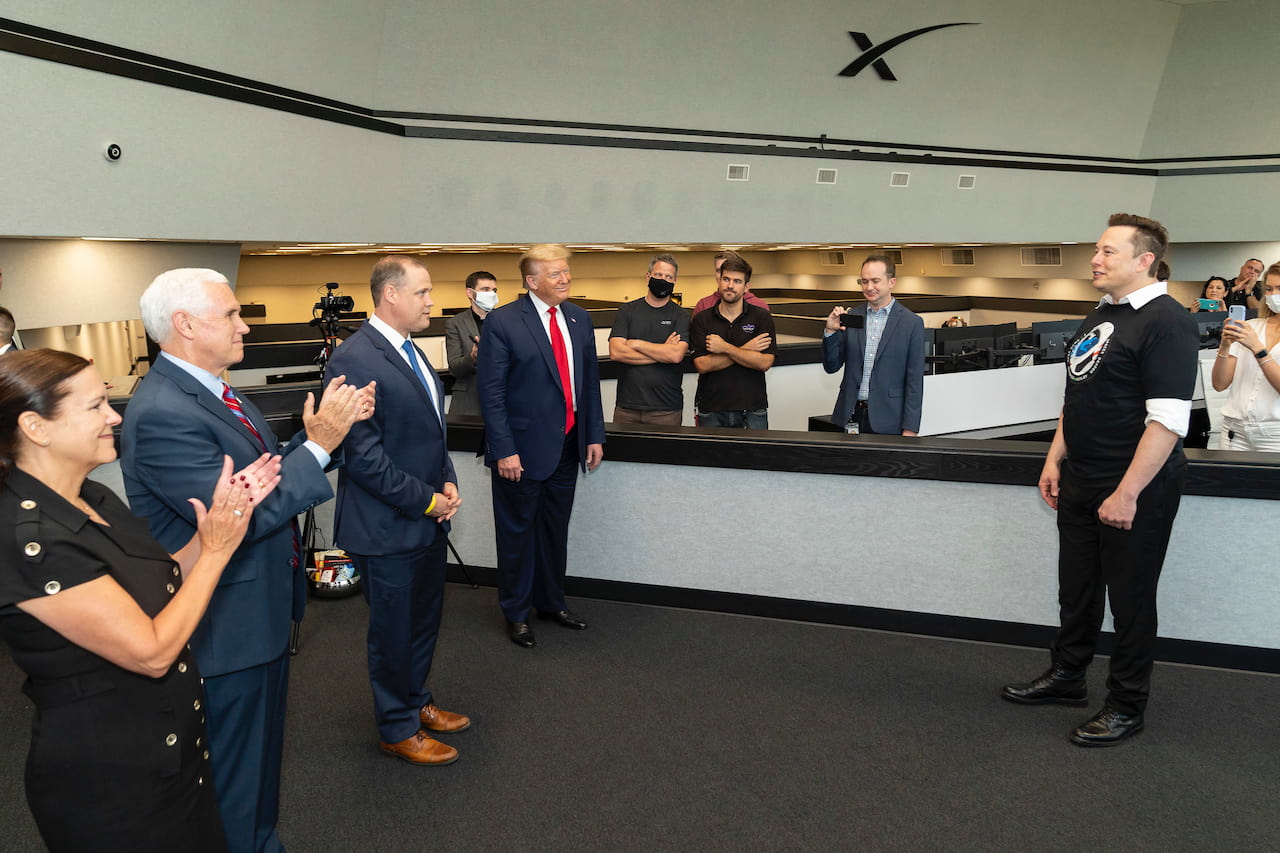 By pushing his Ukraine war forward, while refusing all negotiations—in favor of simply waiting for the Russian government to collapse—Joe Biden has convinced the Russians that he will stop at nothing short of regime-change. Thus, it was predictable that by the end of September, President Putin would begin to unroll something which is already well-known from history—a mobilization of the Russian people against a threat to the existence of Russia.

This is what Stalin’s government launched against Hitler in 1941-42, and Tsar Alexander I against Napoleon in 1812. Vladimir Putin and his government, by incorporating four Ukrainian regions into Russia under slogans such as “Together Forever,” have burned their own boats as did Cortés. They have deliberately cut off their route of retreat. How can the Russian people abandon millions of fellow Russians to whom they have granted equal citizenship “forever?” You can compare these annexations of Putin’s to Stalin’s famous Order #227 of 1942: “Not one step back!”—or else.

Now, neither side can turn back. The Ukraine crisis is running down a blind alley.

If this crisis had somehow popped up in ordinary times, it would be insoluble—at least through ordinary thinking. But these are not ordinary times. The United States is on the eve of midterm elections, in the midst of a popular political uprising led by the MAGA movement of President Trump—who just now offered to step in to lead peace negotiations.

And at the same moment, Europe is leading the United States and much of the rest of the world over the brink of recession, into a new, and perhaps worse Great Depression. In fact, Biden may soon be forced to forget about Ukraine when that depression strikes full-force at the United States, as Col. Douglas Macgregor has forecast.

Citizens must elect candidates who will fight uncompromisingly for an immediate ceasefire and peace negotiations—and for bringing in President Trump to lead those negotiations, so we don’t just end up with another Joe Biden flop. And as you will see, below, economic considerations dictate that Elon Musk should also be drafted for the task. There is every indication that he will agree to serve. This type of unanticipated intervention is what can lead to the type of creative breakthroughs unimagined in “ordinary thinking.”

Initially, there must be a ceasefire-in-place under a bare-bones agreement which leaves the more difficult questions to be settled over future months, or even years. Obviously, NATO membership for Ukraine must be ruled out at the start. It must be a neutral country not belonging to any military bloc, and it will probably have to recognize Crimea as Russian, as it was from 1783 to 1954—as Elon Musk proposed. Ukraine’s peace proposals to Russia of last March—before Boris Johnson torpedoed their negotiations on April 9—could be a starting point.

But there is an all-important economic aspect which should be introduced even into preliminary negotiations, to ensure that a Ukraine peace deal is not just another way-station into world depression and war, like the Versailles Treaty after World War I. Forget the failed formulas of the past! In a world falling into a new Great Depression, we must seek a ceasefire agreement which promotes world economic recovery, with improved future life-prospects for Russians, Ukrainians, Americans, West Europeans, and others now directly impacted by this war. Aren’t the fundamental interests of populations a better security guarantee than any mere words on paper?

Ukraine must be rebuilt with US, Russian, and European help. But will we simply issue new inflationary reconstruction credits without any regard to repayment? This is what the US Fed and the Treasury have done since the 2008 crash, throughout the COVID crisis, and in the huge Biden give-away programs thereafter. We can do much better than that, because the territory within Ukraine’s pre-2014 borders has the potential to provide valuable, even irreplaceable inputs into a recovery-drive for the world economy, which will make Ukraine reconstruction a profitable endeavor, rather than yet another inflationary splurge.

The world will need all the steel, coal, fuel and petroleum products, chemicals, machinery and transport equipment, and grains that this territory can produce, as nations fight to build their way out of depression. But Ukraine has something else to offer, which will contribute a margin of productivity-growth through technological progress, which will be indispensable to US and world recovery.

It has at least one resource unique in the world—its potential contribution to space exploration. You probably don’t know the story, but without Ukraine, we would probably never have gotten to the Moon!

Ukraine was a center of science and high-technology excellence for the former Soviet Union and long after, with special emphasis on the space program. It is indicative that Sergei Korolyov, the unequalled pioneer of the Soviet space program—like so many of the foremost Soviet scientific minds—was born in Ukraine (in Zhytomyr) in 1907, and graduated from Kiev Polytechnic University. In a nation ravaged by World War II, Korolyov’s program launched the first artificial Earth satellite, the first man in orbit, the first manmade object to reach the Moon, and much else. Recalling the circumstances under which President Kennedy launched our manned lunar program in 1961 in response to Yuri Gagarin’s orbital flight, it is doubtful that man would ever have set foot on another celestial body, if not for Sergei Korolyov.

Today, Dnipro, the fourth largest city in Ukraine, still currently holds one of the largest spacecraft production facilities in the world. This major manufacturing center has built everything from rocket engines to rendezvous docking systems for spacecraft. Throughout history, this industrial city helped firmly position Ukraine in the global space sector—and even became one of the most valuable assets the Soviet Union had in the Cold War, says Asif Siddiqi, a professor of history at Fordham University who has written extensively on the Soviet space program.

With 16,000 employees, the Ukrainian Space Agency nearly matches NASA’s size. A legacy institution from the Soviet era, the agency controls 20 state-run corporations centered in what Volodymyr Usov, its former chairman, calls Ukraine's space cluster, a region between the cities of Dnipro, Kharkiv and Kyiv.

Ukraine’s space-industrial complex must be unleashed again, on behalf of what the late Edward Teller and Lyndon LaRouche called “the common aims of mankind.” History shows that the economic payoff from breakthrough space exploration is at least ten dollars for every dollar expended—and it will be greater today than ever before.

The Ukrainian program should be guided by the joint collaborative mission of Russia’s Roscosmos space agency and NASA. These two agencies have been in continuous collaboration from 1975, through today’s (Wednesday, Oct 5) SpaceX launch of a crew of four, including the Russian cosmonaut Anna Kikina, to the International Space Station. And of course, this arrangement will remove any concern that Ukraine’s space complex might be diverted to military use.

Negotiation of a permanent peace agreement, beyond just the necessary temporary ceasefire and other measures to end the war and begin reconstruction, will likely fall to a second Trump Administration to be inaugurated in January, 2025.

The keystone of any real US-Russian general agreement today—one that would be in the genuine interest of the two nations—is a ringing public rejection of the insanity of the “climate change” dogma, which is nothing but a revival of the charming old custom of the garrote—this time applied around the collective neck of the whole human race. It is being twisted tighter and tighter, month-in and month-out: allowing less and less supply of fossil fuels and nuclear energy—inevitably producing lower living standards, shorter life expectancy, depopulation, and substituting regression for the progress of mankind. This path would lead us back into the Middle Ages and beyond, except that a mass-extinction event would intervene before we ever got there—like the Black Death of the 1300s.

Not only does industrial society absolutely require fossil fuels (and nuclear power), but it requires an ever-increasing use of fossil-fuels per capita, until eventually nuclear and then fusion power can begin to replace them. The first approximation to man’s power over nature is energy-flux density, which roughly corresponds to the temperature of heat sources used in power-generation. So-called renewables like wind and solar can never power modern industry because of their low energy-flux density—not to speak of their unreliability.

The Biden Administration and the European Union are leading their nations into collective suicide with their Green agenda. The world will well know the culprits when elderly Germans and other Europeans freeze to death this winter.

Donald Trump is the only national leader who has had the courage to denounce “climate change” as the fraud that it is. President Putin is known to disagree with the dogma privately, and has sharply exposed the West European leaders for the crimes they have committed against their own people in its name. His joining with President Trump to expose it publicly would be a powerful wake-up call to humanity—”Stop! Stop drinking the cyanide before it’s too late!”

A second item on the agenda for Presidents Trump and Putin, is Lyndon LaRouche’s decades-old plan for the United States and Russia to join India and China in bringing together a new, world fixed-exchange rate credit system, in place of the floating-rate system which has progressively destroyed the world economy since August 15, 1971.

This would be a “New Bretton Woods” system, which would revive Roosevelt’s 1945-71 Bretton Woods system without the flaws which were built into the latter. It would function with national credit systems—like a Third Bank of the United States to supplant the Federal Reserve—to supply low-cost credit for capital exports from the United States, Germany, Japan and elsewhere, to industrialize underdeveloped nations in Africa, Central and South America, and Asia. As with space exploration, peace is permanently secured when humanity is allowed to fully develop itself.

If you appreciate this coverage, please donate.