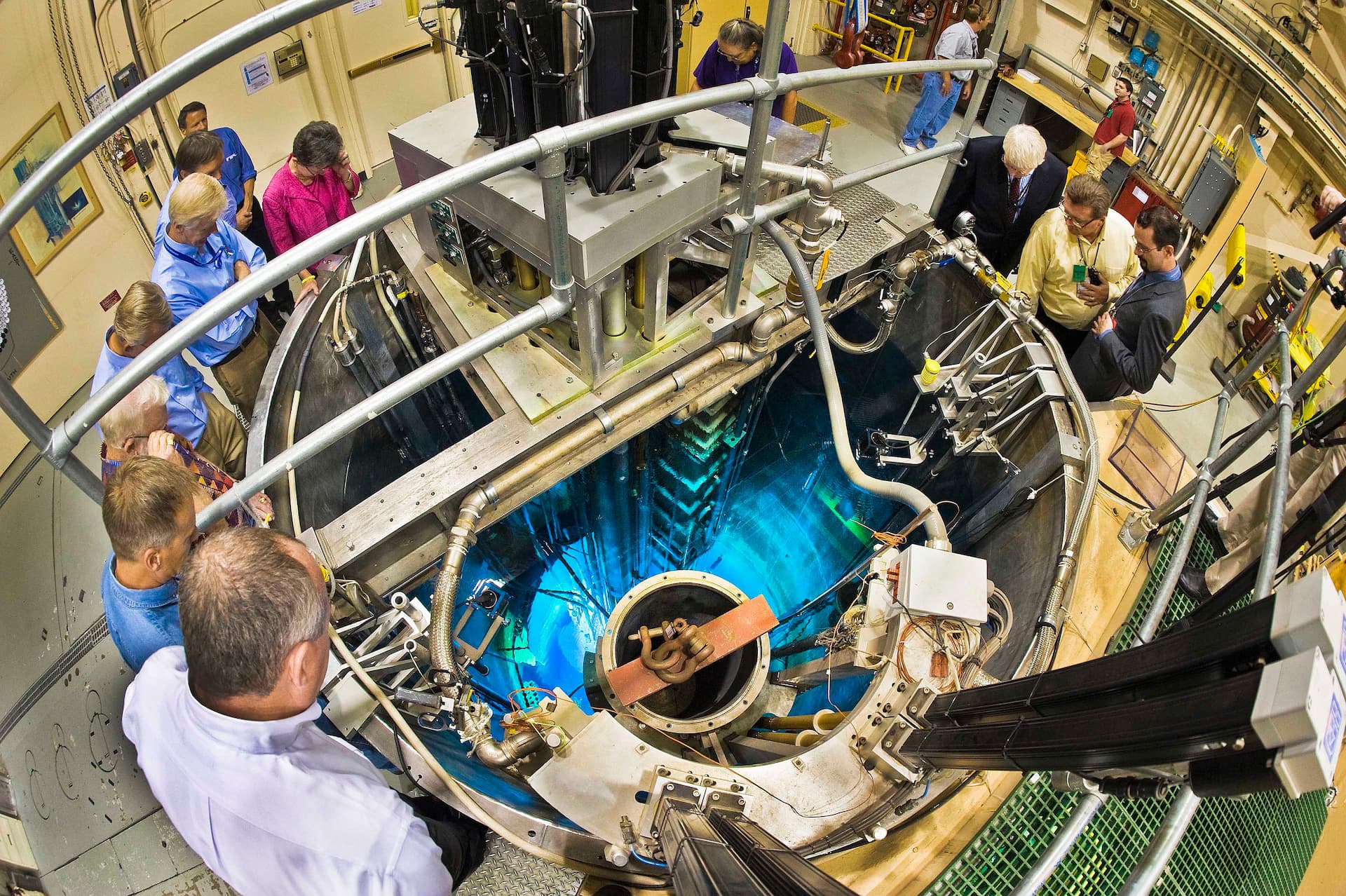 A group of spectators gathers at the Annular Core Research Reactor for its 10,000th operation. The reactor has been in operation since 1979 at Sandia National Laboratories in New Mexico. Courtesy of Randy Montoya. (September 2011)

Aside from the false premise of the “Green New Deal,” which argues that man’s actions and economic activity are the cause of “global warming,” there is another economically suicidal aspect of so-called renewable energies such as wind and solar, which President Trump has recently identified.

In a recently released interview with Glenn Beck, Trump pointed out that there is a qualitative difference among energy sources, between those more powerful and those that are not able to get the job done. While conventional fossil fuel and nuclear power sources are sabotaged, “the other technology does not have the power to fire up our plants,” Trump said. “Wind is extremely expensive. The turbines are all made in Germany and China…. Turbines are very expensive, and it doesn’t work, and it’s intermittent, and it doesn’t have the power to do what you want to do…. Solar doesn’t have the power…. Same thing.”

Check out LaRouchePAC’s 13 minute video by Ben Deniston “Why Renewables Will Decimate the U.S. Economy” which looks at this in more depth.

Trump went on to identify the economic implications of the Biden collective’s insane energy policies: “So, inflation’s a big word, and stagflation is even worse if you think of it. We have lots of both. A lot of that’s caused in my opinion, by energy. They shut our energy off.”

Trump cited one specific in particular. “They got rid of ANWAR,” drilling in the Arctic National Wildlife Refuge, he said. “That’s the biggest drilling site, maybe bigger than Saudi Arabia, in Alaska. And so many other things. But it all begins with energy—the trucks, the cars, the bakeries, the ovens, the stoves, the planes, everything.”

Trump’s comments about renewables not having the “power” to fire up our plants, opens the door to a deeper concept which has major implications for the ability of our industry and labor force to produce and advance, the potential to raise productivity, and whether the United States can once again become a manufacturing superpower.

Lyndon LaRouche identified the increasing “energy-flux density” of energy sources as a measure of an economy’s power to efficiently perform work. On one end of the spectrum, wind and solar are extremely “undense” in terms of the amount of energy flowing through a unit of area. On the other end, nuclear fission and the still-being developed nuclear fusion are extremely dense and give you, as Trump says, “the power to do what you want to do.” Current fossil fuels, while not at the level of nuclear power, are far more powerful than wind and solar and are urgently needed to allow our economy to jump to the next level.

Here are two views of the idea of energy densities, which will begin to give you a handle on the more fundamental economic principle. 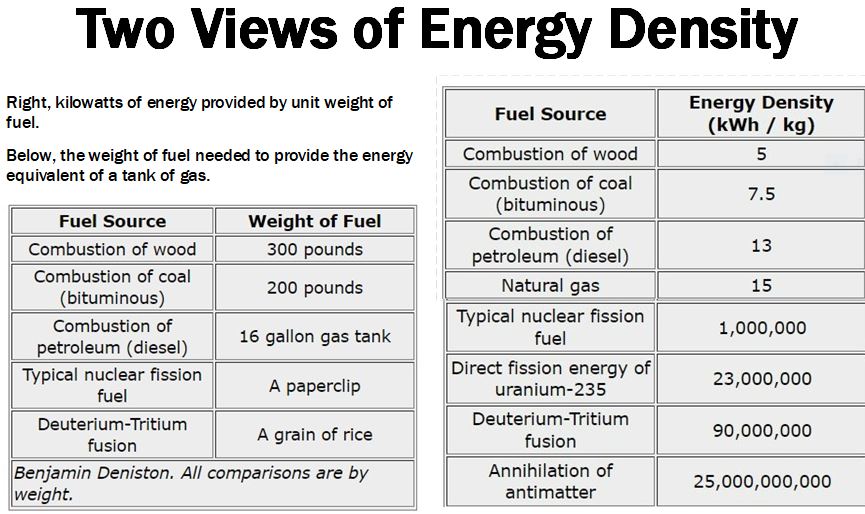