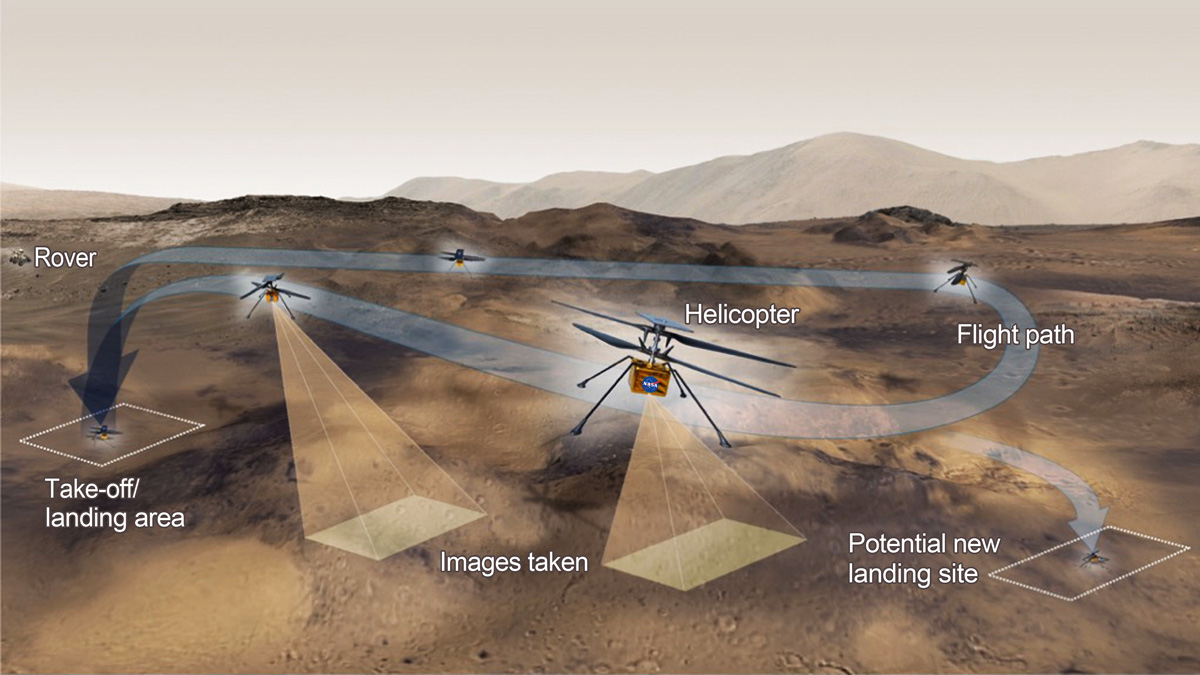 With Ingenuity and Perseverance we can overcome all obstacles and reach new heights of discovery. Now 117 years after the Wright brothers succeeded in making the first powered flight on Earth, this week the Ingenuity Mars helicopter became the first to achieve powered flight on Mars. The airfield on Mars that Ingenuity launched its autonomous flight from has been named the Wright brothers field, "named in recognition of the ingenuity and innovation that continues to propel exploration." (Thomas Zurbuchen, Associate Administrator, NASA Science Mission Directorate)

The Altimeter data indicated Ingenuity climbed to its prescribed maximum altitude of 10ft and maintained a stable hover for 30 seconds. The flight was logged at a total of 39.1 seconds from take off to touchdown.

Like the Wright brothers flyer the Ingenuity helicopter had to go through numerous tests and take on many challenges. From 1900 to 1903 the Wright brothers conducted extensive glider tests before their first successful powered flight in 1903. To design their first powered airplane the Wright brothers had to improve on their wind tunnel data and the lift and drag equations. They also had to increase the wing area to more than 500 square feet to carry the weight of the engine, propellers, and added structural reinforcement. They were able to calculate how much the flyer would weigh with a pilot after allowing 200lbs for the propulsion system. This then allowed them to calculate power, thrust and speed requirements.

The Mars Ingenuity Helicopter faced different challenges and problems to solve to achieve its flight. Ingenuity is a tissue box sized technology demonstration 19.3 inches tall, four pound aircraft. Some challenges that had to be solved for this autonomous mission to fly successfully on Mars was addressing the gravity on Mars being one third that of Earth's, the extremely thin atmosphere, and having few air modules with which Ingenuity's two four foot wide rotor blades would interact to achieve flight. The Mars Helicopter went through numerous feasibility studies to workable engineering concepts, to achieving the first powered flight on another planet in a little over six years.

"We have been thinking for so long about having our Wright brothers moment on Mars and here it is," exclaimed Mimi Aung, Project Manager of Ingenuity Mars Helicopter at NASA's Jet Propulsion Laboratory.