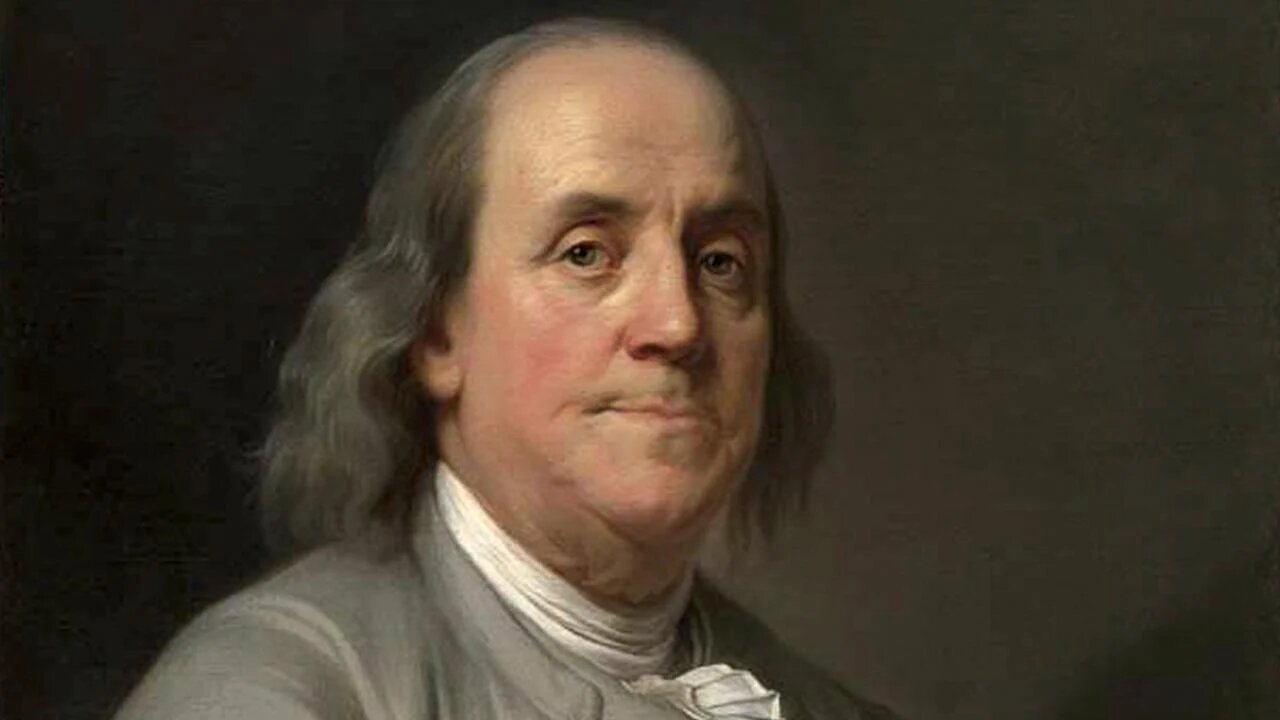 In a spirit of harmony with President Trump’s directive to call forth the teaching of actual American history in our schools, I offer here the first in a series of vignettes on the lessons that may be learned from the life of Benjamin Franklin. Franklin built and led a successful revolution, the greatest revolution in human history. In our fight today, if we wish to succeed—to save the American Republic, to create a happier, more productive future—we should learn from what he did. We need neither bravado nor defeatism; rather, we must improve our own capabilities and recruit others to the same historic mission. In doing so, we also remind ourselves as to the true purpose of the United States of America.

Franklin was no populist. He had little use for the passions of the moment. His commitment was to the moral and intellectual self-improvement of his fellow citizens, for only citizens of that caliber can lead a successful revolution. This is as true today as 250 years ago.

We begin by looking at a very short span in Franklin’s life, when he was still a very young man.

In 1727, almost 50 years before the American Revolution and when he was only 21 years old, Franklin created a group called the Junto, composed of twelve individuals. Franklin described this as a group for “mutual improvement,” and described its members as “ingenious men”—a physician, a mathematician, a geographer, a natural philosopher, a botanist, a chemist, a poet, an inventor, and a mechanic. In a 1784 letter to Samuel Mather, Franklin stated that the moral and philosophical model for the Junto was based entirely on the 1710 work by Cotton Mather, Bonifacius. An Essay Upon the Good, that is to be Devised and Designed, by those Who Desire … to Do Good While they Live. The guiding principle of that work, as well as Franklin’s Junto, was the intention to create a society based on the Common Good, where the purpose of one’s life is “to do good.”

Before joining the Junto, every member had to make the following oath:

1) Have you any particular disrespect to any present members? (Answer. I have not.)
2) Do you sincerely declare that you love mankind in general, of what profession or religion soever? (Answer. I do.)
3) Do you think any person ought to be harmed in his body, name, or goods, for mere speculative opinions, or his external way of worship? (Answer. No.)
4) Do you love truth for truth’s sake, and will you endeavor impartially to find and receive it yourself, and communicate it to others? (Answer. Yes.)

No arbitrary authority, nor personal animosity, was tolerated in the Junto. No one was allowed to “overrule” anyone else. Only the pursuit of scientific, philosophical, and moral truth was permitted. Those who violated these guidelines, through personal attacks or trying to impose their views, were required to pay a fine into the group’s treasury. Common readings were assigned to the group’s members, generally in the fields of morals, philosophy, economics, civic life, and science. Every three months each member was required to read an essay of his own composition on a subject of his choosing.

Many topics of discussion were proposed by members. A representative sampling of these includes:

Can a Man arrive at Perfection in this Life as some believe; or is it impossible as others believe?

Wherein consists the Happiness of a rational Creature?

Can any one particular form of government suit all mankind?

Does the Importation of Servants increase or advance the Wealth of our Country?

Whence comes the Dew that stands on the Outside of a Tankard that has cold Water in it in the Summer Time?

What general conduct of life is most suitable for men in such circumstances as most of the members of the Junto are?

The method of discussion, as defined by Franklin, was one of Socratic Dialogue. In 1735 he authored and published A Man of Sense, an example of such a dialogue. An excerpt reads:

"Socrates. Who is that well-dress’d Man that passed by just now?

Crito. He is a Gentleman of this City, esteem’d a Man of Sense, but not very honest.

S. The Appellation of a Man of Sense is of late frequently given, and seems to come naturally into the Character of every Man we are about to praise: But I am at some Loss to know whether a Man who is not honest can deserve it.

C. Yes, doubtless; There are many vicious Men who are nevertheless Men of very good Sense.

S. You are of Opinion, perhaps, that a Man of Knowledge is a Man of Sense.

C. I am really of that Opinion.

S. It seems to follow then, that the vicious Man, tho’ Master of many Sciences, must needs be an ignorant and foolish Man; for being, as he is vicious, of consequence unhappy, either he has acquired only the useless Sciences, or having acquired such as might be useful, he knows not how to make them contribute to his Happiness; and tho’ he may have every other Science, he is ignorant that the Science of Virtue is of more worth, and of more consequence to his Happiness than all the rest put together. And since he is ignorant of what principally concerns him, tho’ it has been told him a thousand Times from Parents, Press, and Pulpit, the Vicious Man however learned, cannot be a Man of Sense, but is a Fool, a Dunce, and a Blockhead."

Franklin described the Junto as “the best school of philosophy, morality and politics that then existed” in the colonies. Franklin proposed, and this was adopted, that the 12 members endeavor to create individual subordinate clubs, such as to achieve the “improvement of so many more young citizens” and “increase our influence in public affairs, and our power of doing good.”

None of this was “armchair philosophizing.” The members of the Junto were committed to the productive development of the colony and the uplifting of their neighbors. Many tangible useful initiatives were accomplished. Among these were the first lending library, the Union Fire Company, the University of Pennsylvania, the volunteer militia, and the Pennsylvania Hospital. In 1728 Franklin read a proposal on monetary policy, and this led to the publication, on April 3, 1729, of his The Nature and Necessity of a Paper-Currency.

Later, as he began his experiments on electricity in the 1740s, Franklin would enlist several members of the Junto to aid him.

In 1777, in a conversation with the German naturalist Georg Foerster, Franklin warned, “You, children of Europe! Honor the divine spark of Reason within you, and perfect it through its use. Freedom can be achieved by virtue alone. Virtue is possible only through reason. Anger and hatred will produce only blood; and with blood alone no man will ever purchase his freedom.”

During the years 1727 to 1732, the young Franklin struggled with his own moral and political code, as well as the challenge of how to create a society based on the most noble characteristics of the human identity. In some ways this youthful struggle resembles the project Lyndon LaRouche —also in his twenties—undertook to combat the evil which he recognized in the works of Norbert Wiener and John von Neumann.

Earlier, in 1725, Franklin had authored the morally and philosophically ambiguous Dissertation on Liberty and Necessity, but by 1728 he had rejected the tenets of that work, and in November of that year he published Articles of Belief and Acts of Religion. He followed this, in 1732, with On the Providence of God in the Government of the World, originally issued as an essay to the Junto.

Franklin begins the 1728 work by declaring, “I hold: If there is a Power above us (and that there is all nature cries aloud, through all her works), He must delight in virtue, and that which He delights in must be happy.” The work itself is essentially an exploration of the divine spark of reason which exists within each human being. Addressing the Deity, Franklin states, “By thy Wisdom hast Thou formed all Things, Thou hast created Man, bestowing Life and Reason, and plac’d him in Dignity superior to thy other earthly Creatures.”

In the 1732 On the Providence of God in the Government of the World, Franklin says,

“We should love and revere that Deity for his Goodness and thank him for his Benefits; we should adore him for his Wisdom, fear him for his Power, and pray to him for his Favour and Protection; and this Religion will be a Powerful Regulator of our Actions, give us Peace and Tranquility within our own Minds, and render us Benevolent, Useful and Beneficial to others.”

The principles which Franklin adopted, and which became the guidepost of the Junto, were explicitly anti-oligarchical. They were grounded in a positive, creative view of what it means to be human; and, ultimately, those principles would find their expression in the Declaration of Independence and the United States Constitution.

Today, in this life and death battle for the future, rage will not succeed. Victory lies in understanding what we are For, what we wish to Create. That is how Franklin succeeded. That is the real meaning of President Trump’s 1776 Commission, and it is in pursuing that pathway that we shall build a movement, and we shall triumph.